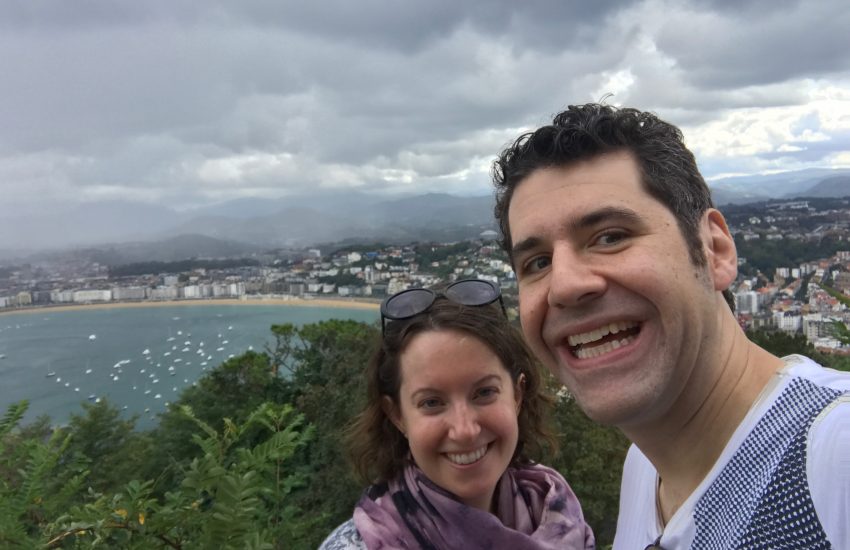 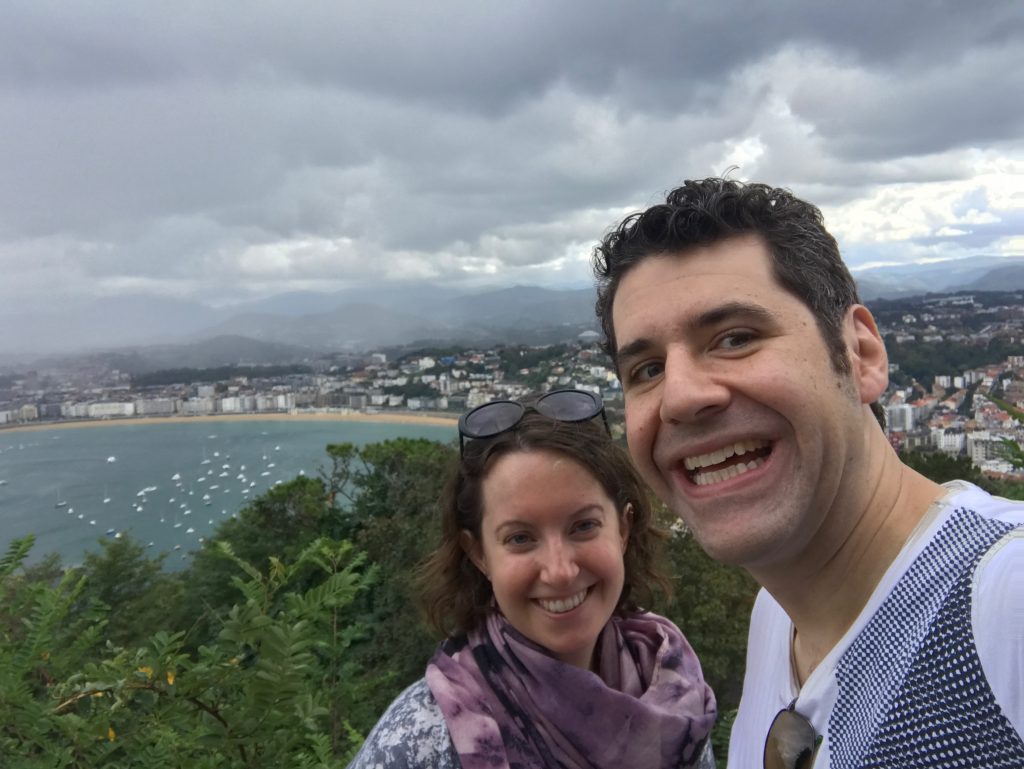 Back from visiting family in the U.S. and with a month until Dreamer started teaching again, we rented a car and headed to Basque Country in northern Spain.

A quick stop for lunch was in order at a hotel/restaurant in Burgos specializing in this sort of thing. The menú del dia is a phenomenon here: started by Franco as a way to ensure workers could get a good lunch at a reasonable price, the tradition has hung on post-dictatorship in such strong fashion that nearly every place that’s open for lunch here offers it, even though technically they don’t have to any more. While it may not be the absolute best food you can get, it’s always a filling and quick choice for your biggest meal of the day here. Doer was impressed at the efficiency of the whole operation. The front and back of house was clearly a well-oiled machine dedicated to getting people fed quickly. Oh, and that real Burgos cheese with membrillo (quince paste) for dessert… mmm! We were satisfied and got back on the road quickly, especially for a Spanish dining experience.

Shortly after arriving in San Sebastián (known as Donostia in the Basque language, Euskara), we embarked on a pintxo tasting tour. This was perhaps Dreamer’s best idea ever, as it gave us an introduction to the famed local cuisine. True to form, we did not have a single bad meal during our entire stay there.

Pintxos, or pinchos in Spanish, are small bites of food meant to accompany drinks. They are similar to tapas, except tapas are usually given free with each round of drinks and what kind of tapa you get is at the bartender’s discretion. Pintxos are arrayed on bars throughout Basque Country and beyond: you point and request whatever you want, and it is delivered to you. It is also added to the bill, but that’s a matter for the end: you usually have to remember everything you’ve had when it comes time to pay. These people have never heard of a point of sale system.

The tour started with a taste of txakoli, a dry, slightly sparkling wine produced in the region. Our guide, Lourdes, demonstrated a proper pour.

We knew our tour was the real deal when we went to watch the recently-aired episode of Anthony Bourdain’s Parts Unknown and saw Lourdes in one of the scenes, eating and chatting with Anthony. She took us to some great places, for sure. 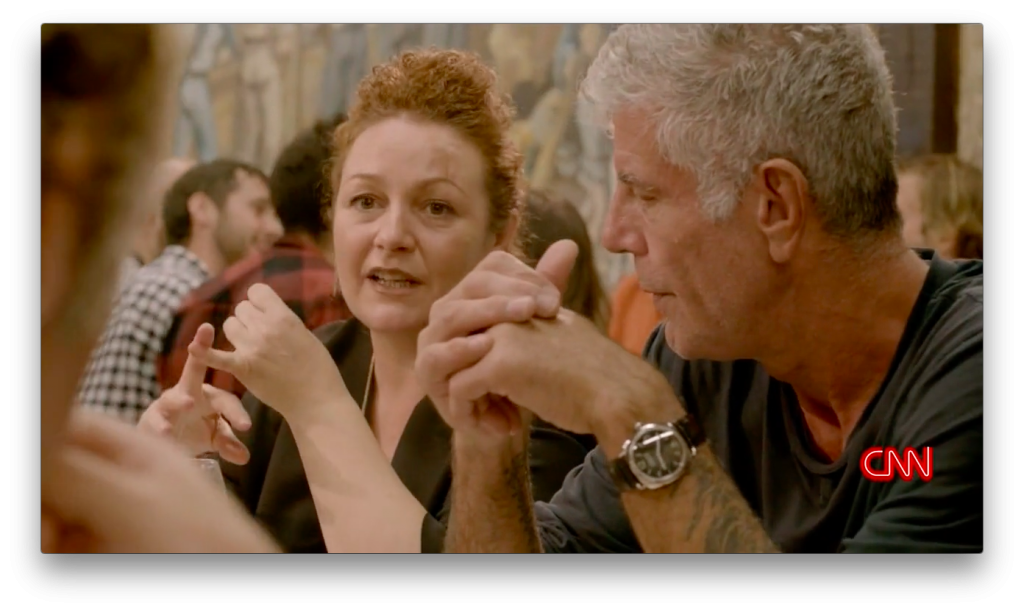 Our favorites were actually the vegetables. Of note: the local guindilla peppers, which are served simply fried with a bit of good sea salt; mushrooms, usually sautéed, often with an egg yolk to accompany; and a fantastic bowl of green beans.

Dreamer’s favorites included a tortilla española (a kind of potato frittata beloved in this country) and the world’s biggest and best croqueta at a hidden bar. 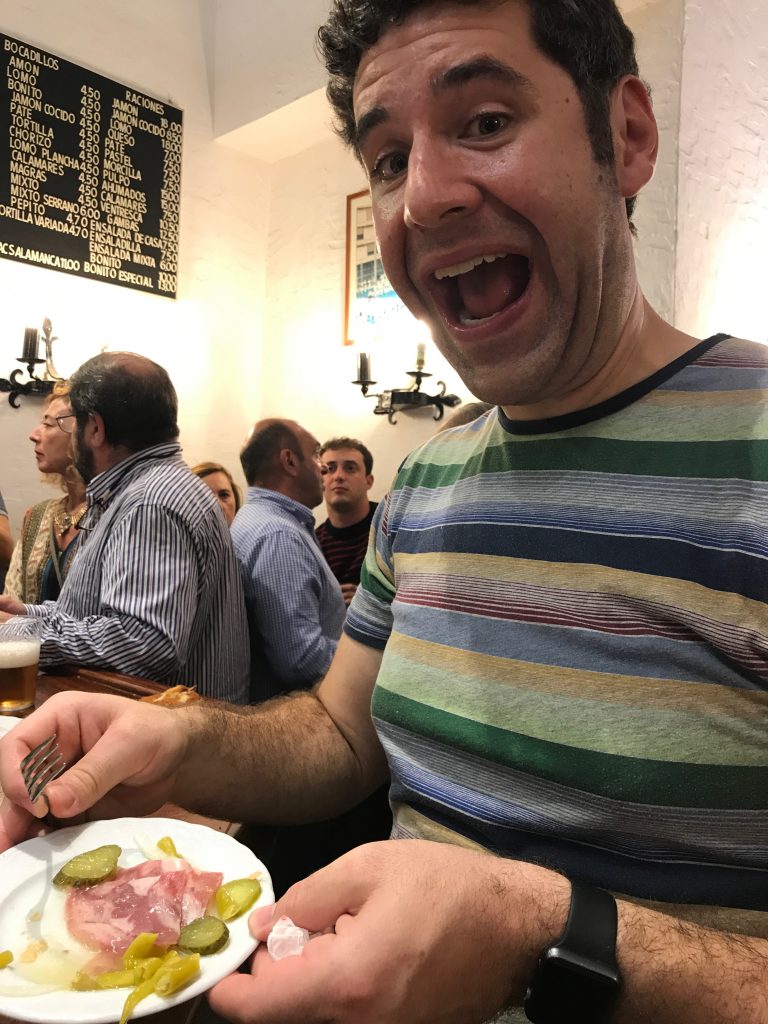 Our dinner companions were fun as well, and as the old town is in such a small area, we later ran into one of the other couples on multiple occasions as they were “pintxos-hopping” just like we were. We were fortunate on our tour to be on the main street during a candlelight vigil for the city’s patron saint. 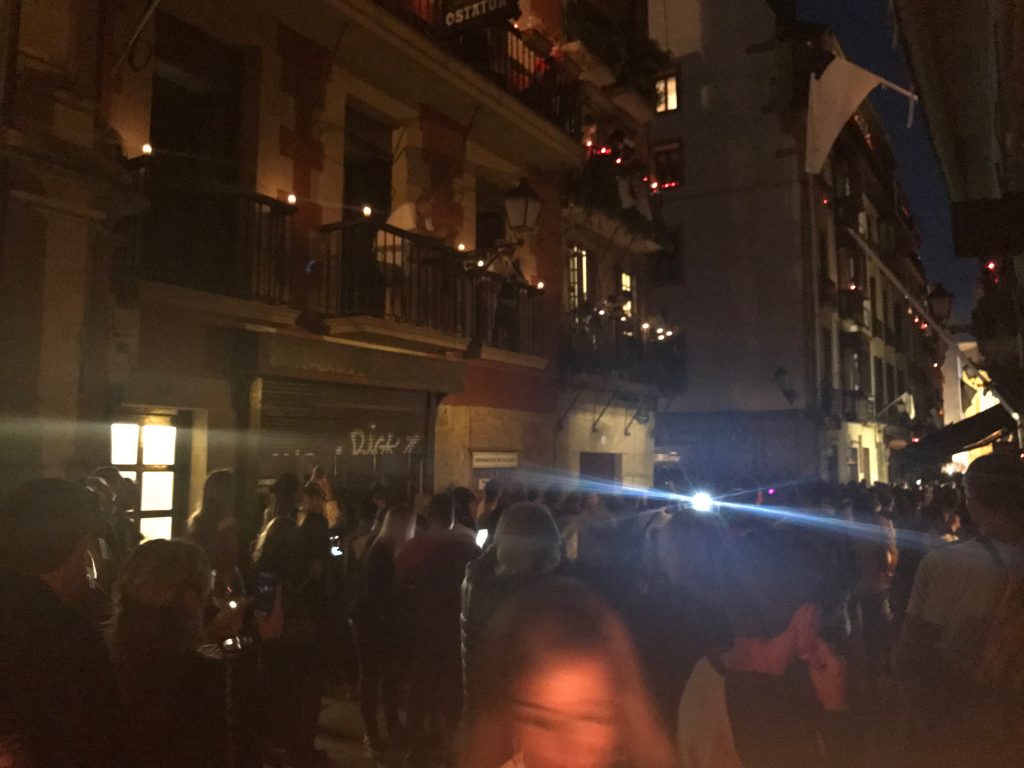 Even the coffee in San Seb’ was top notch. This place installed a special machine to do pourovers.

And Dreamer was nice enough to save her Doer some cookie for breakfast! 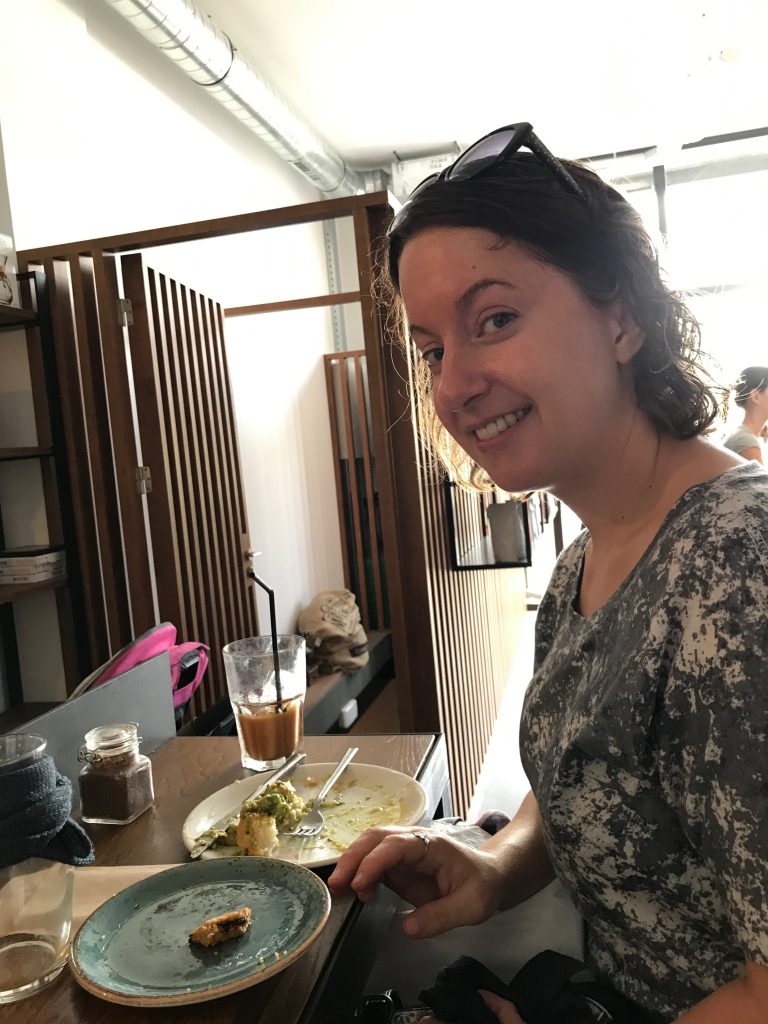 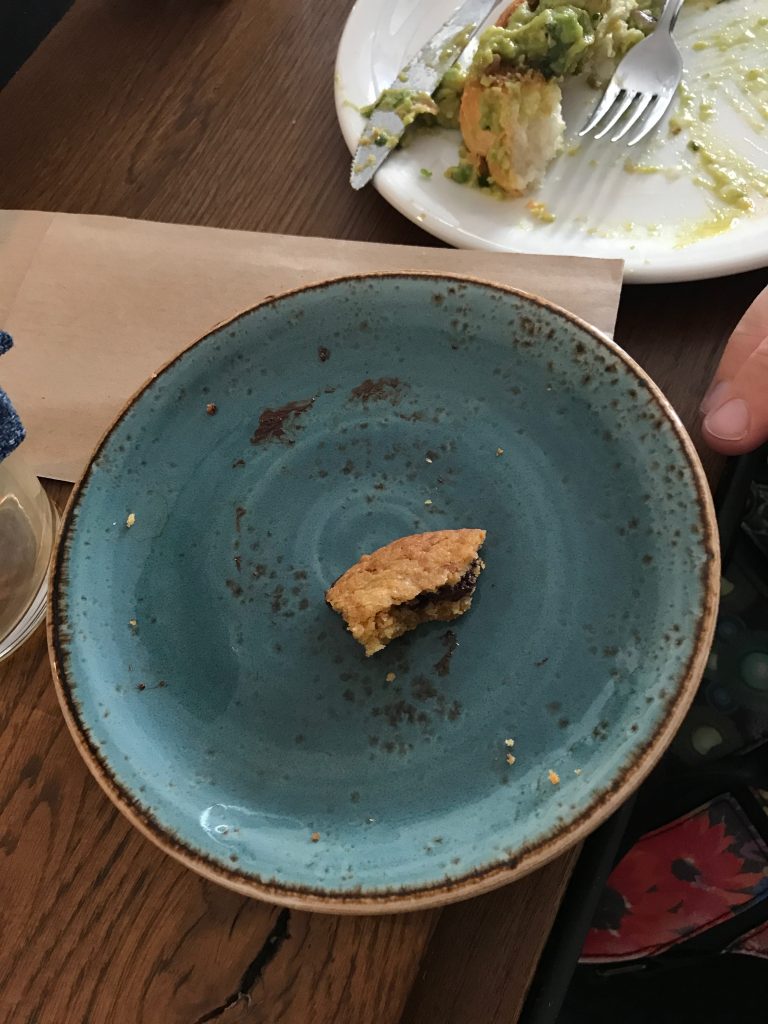 La Bretxa food market was top-notch as well. They still have the old clock used for tuna auctions on display. Each vendor had a button attached to their number and would press it to light up said number when the hand indicating price reached a number they’d pay. 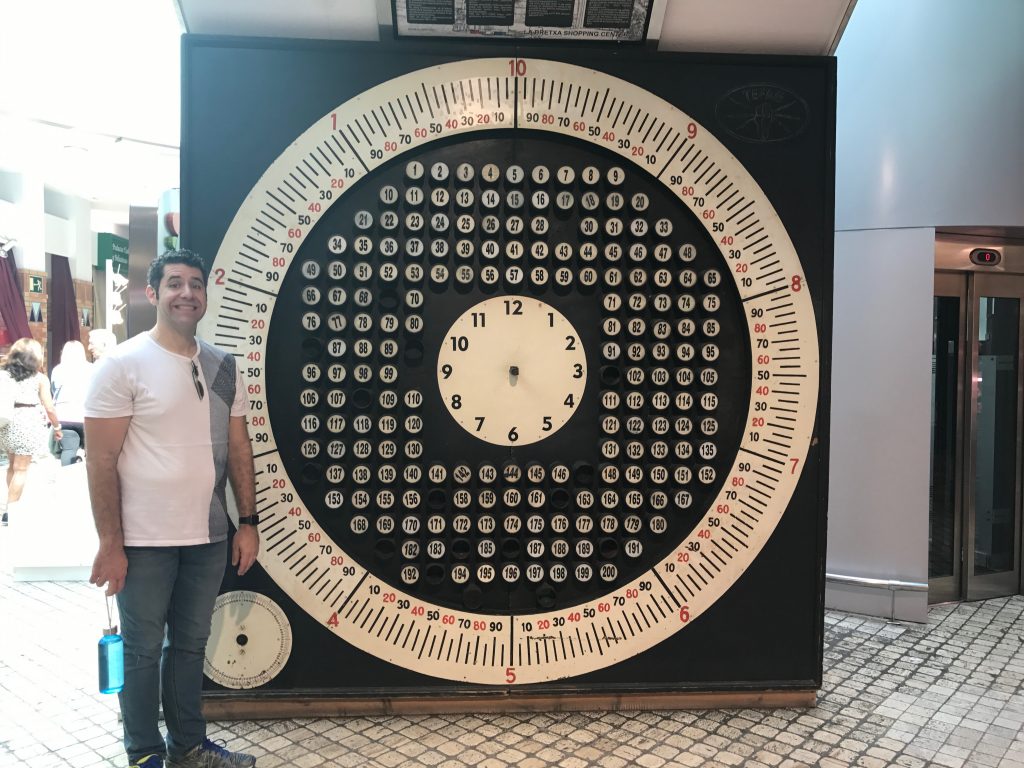 And then there is a tribute to this woman, Andresa Portugal, who sold anchovies in the same corner for over 70 years! 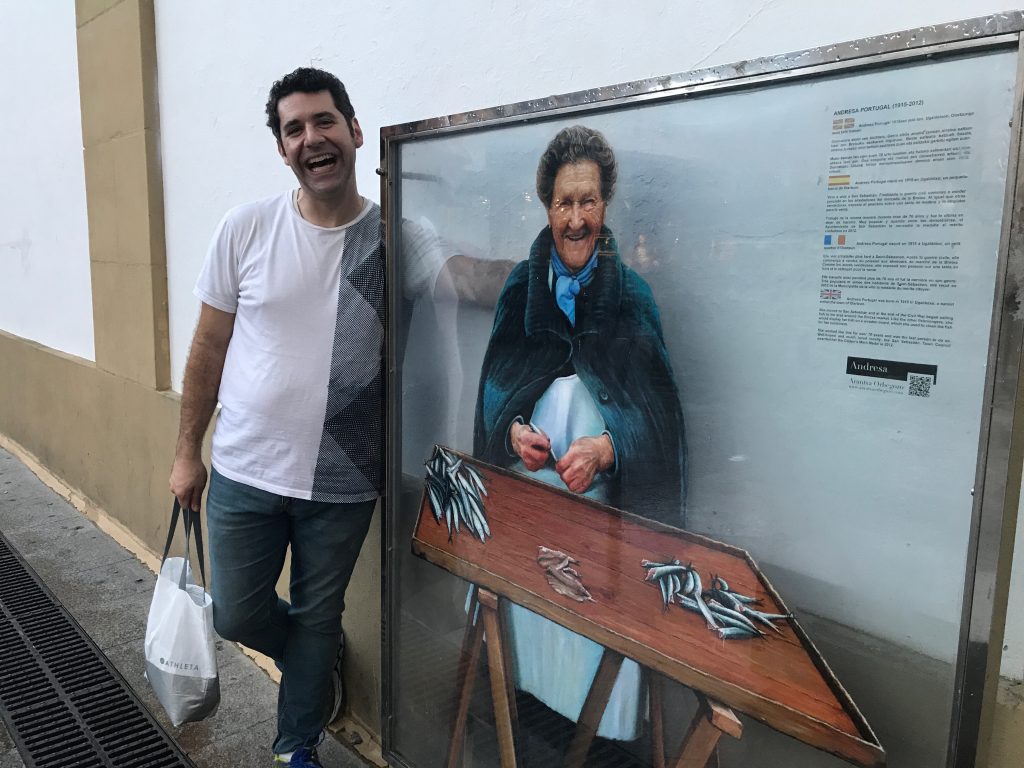 Besides its stellar food – seriously, some of the best we’ve had in Spain – this city on the Bay of Biscay is quite easy on the eyes. It’s got a very elegant and distinctive feeling to it. 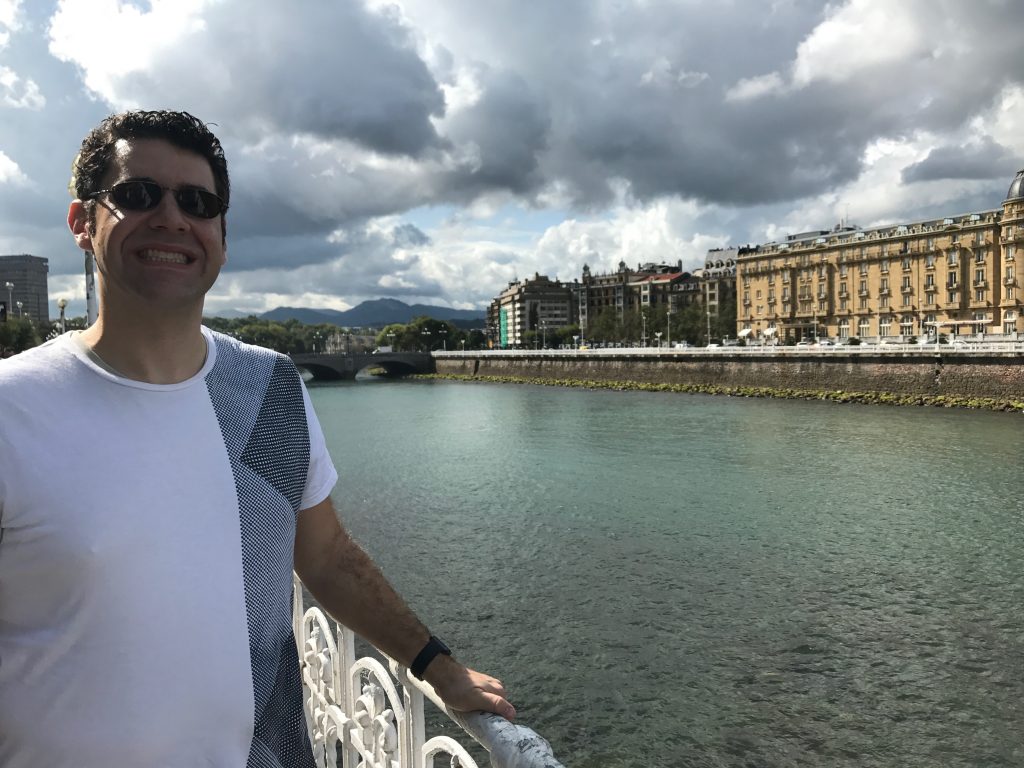 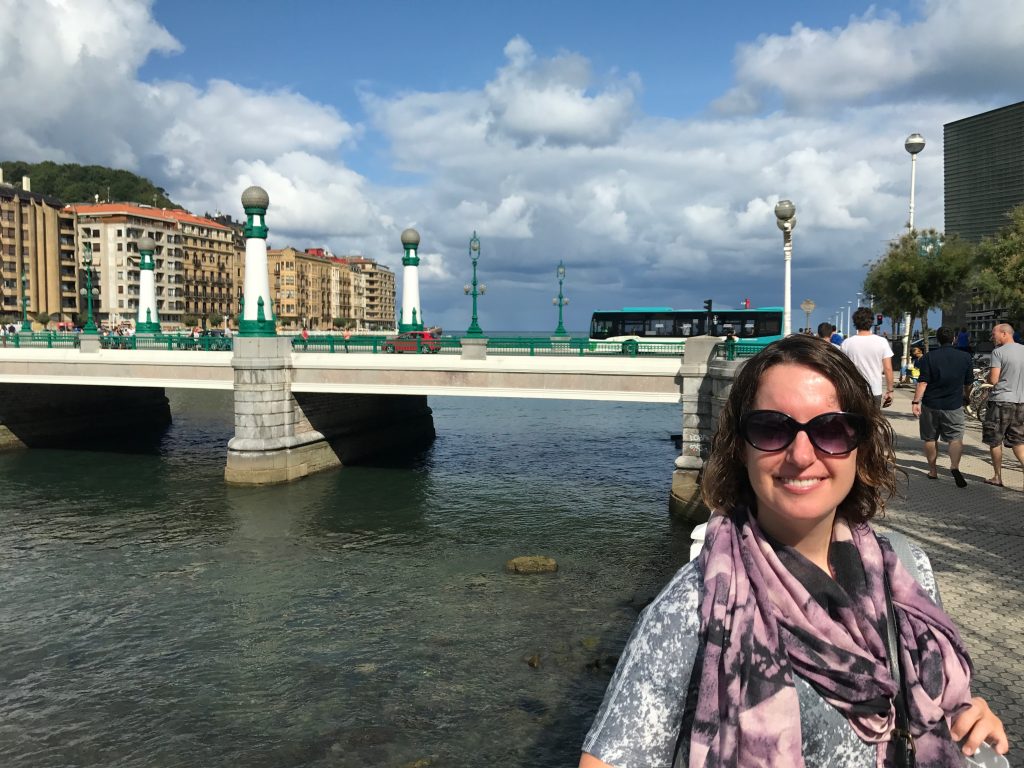 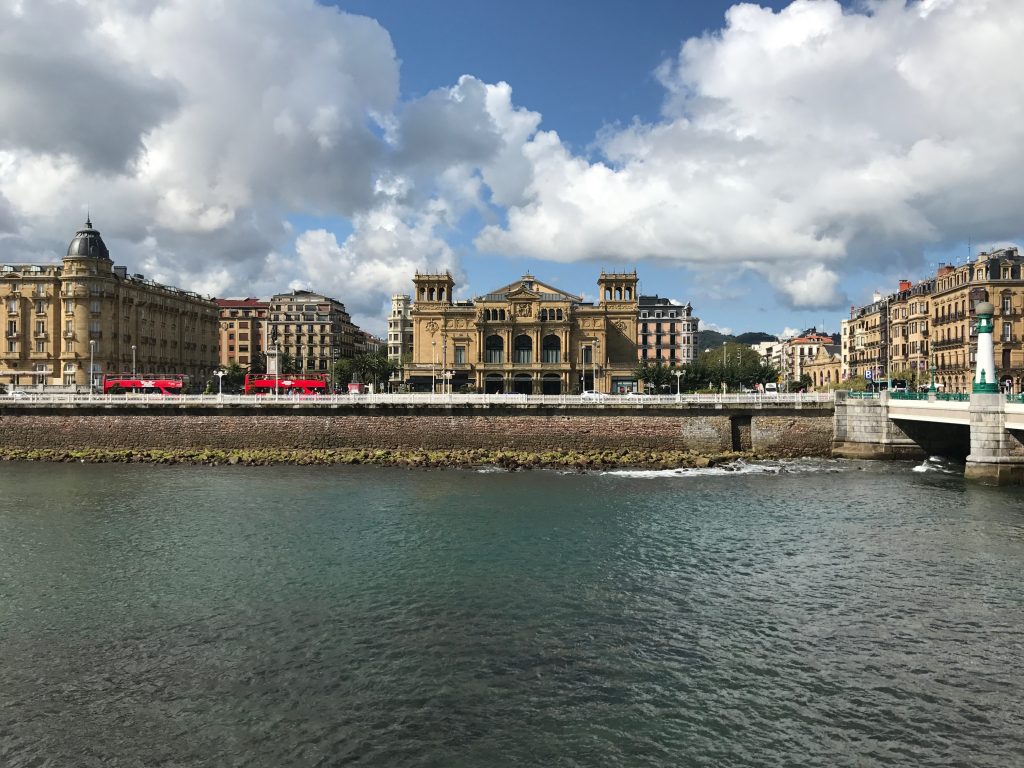 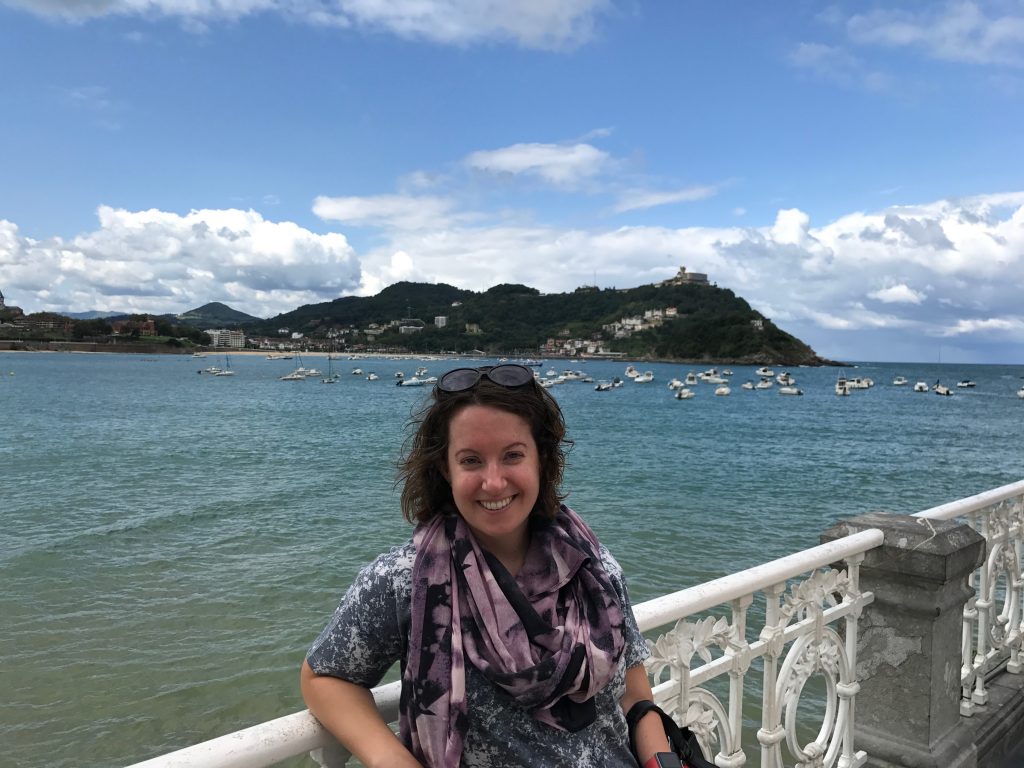 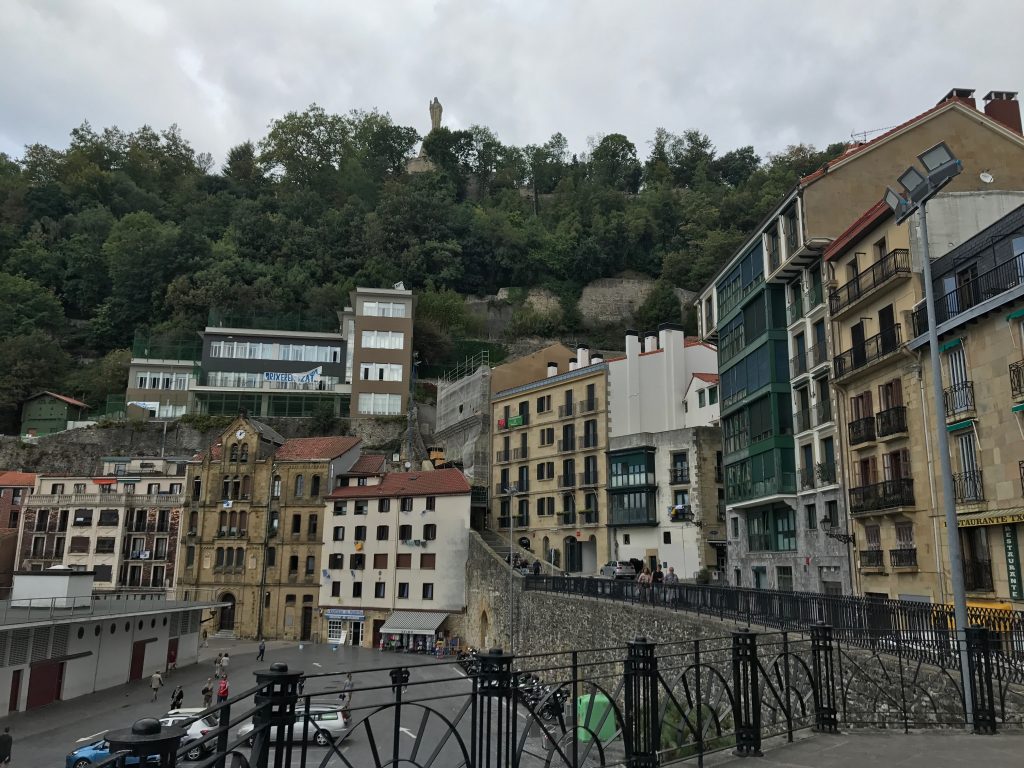 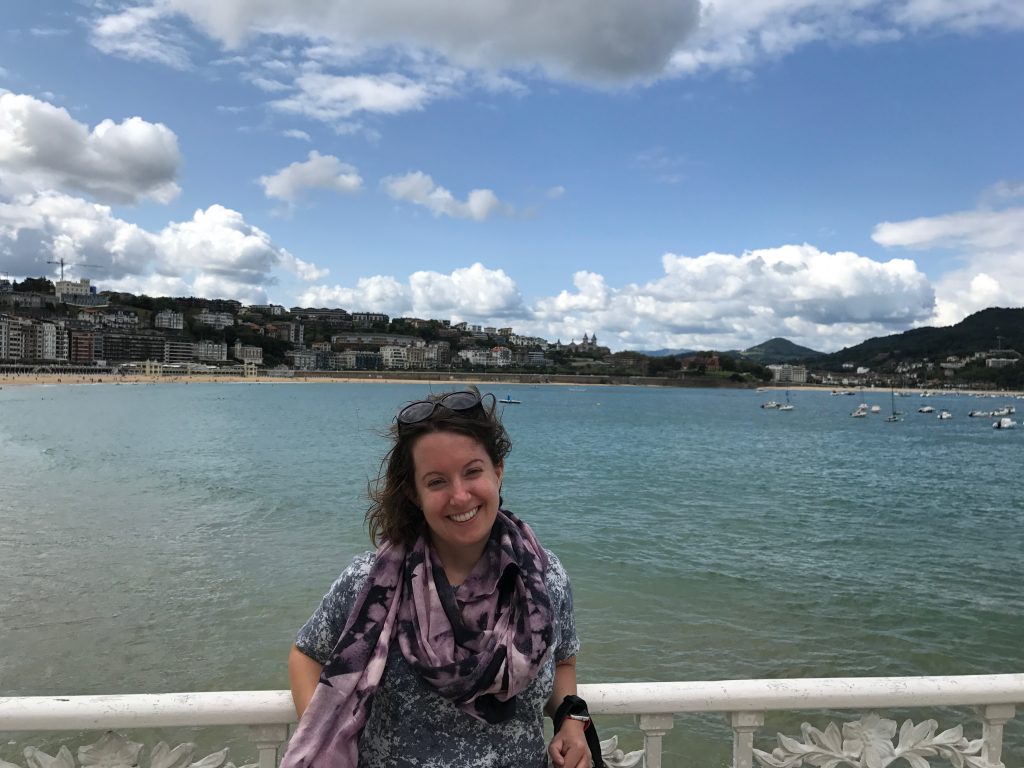 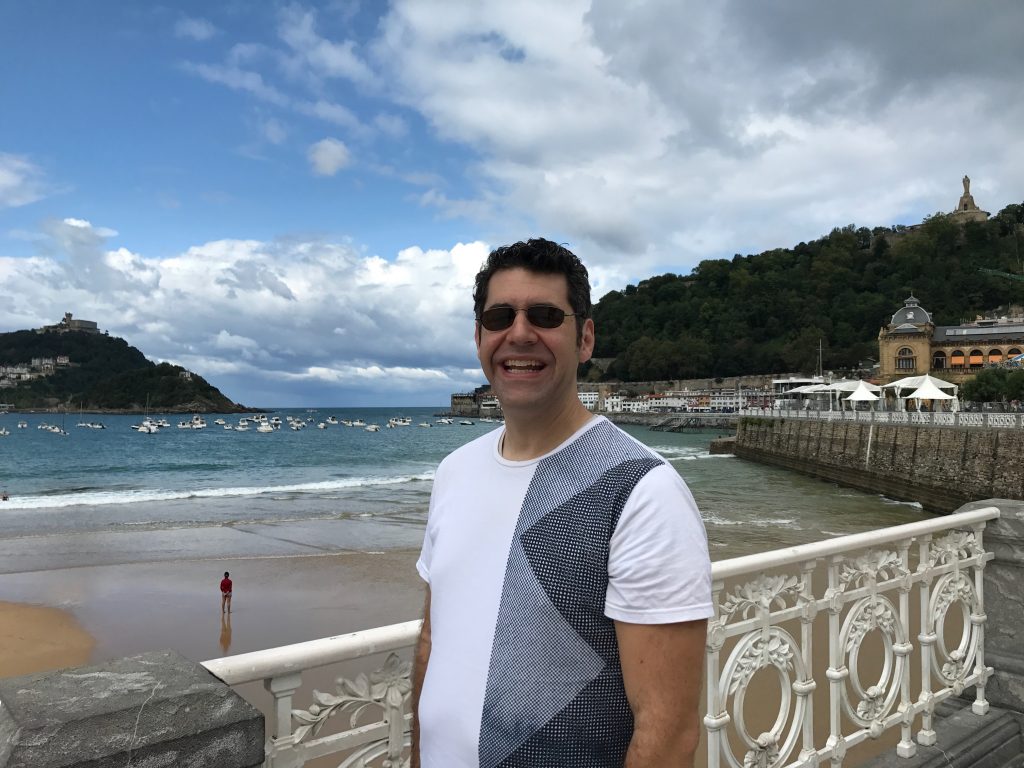 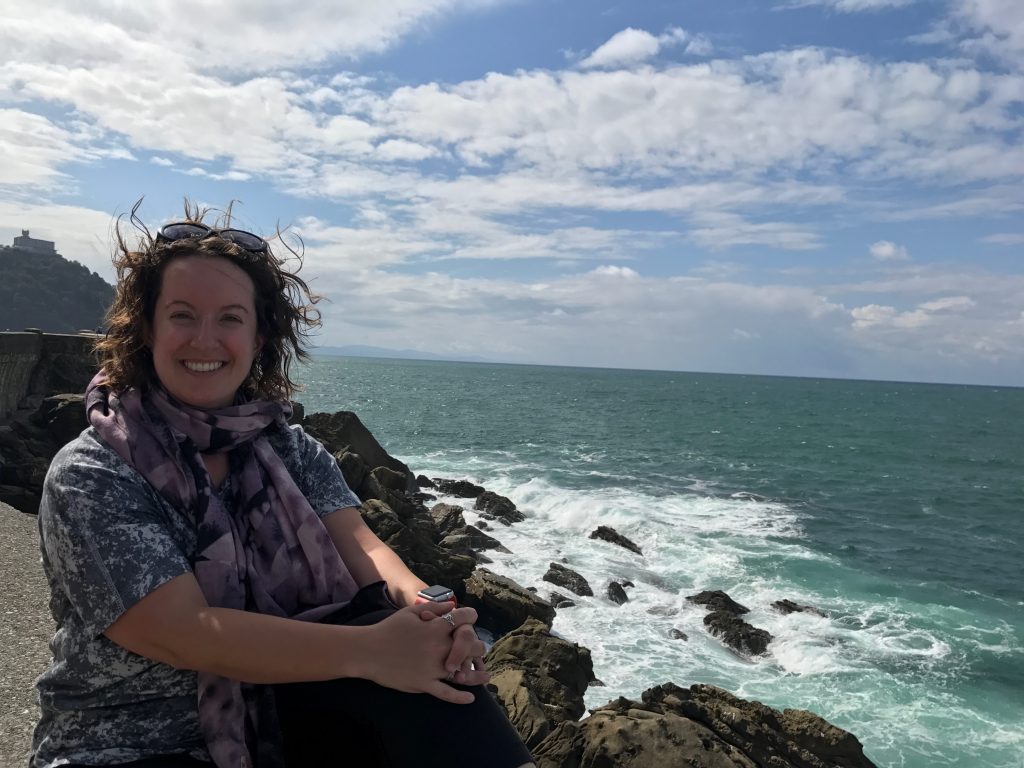 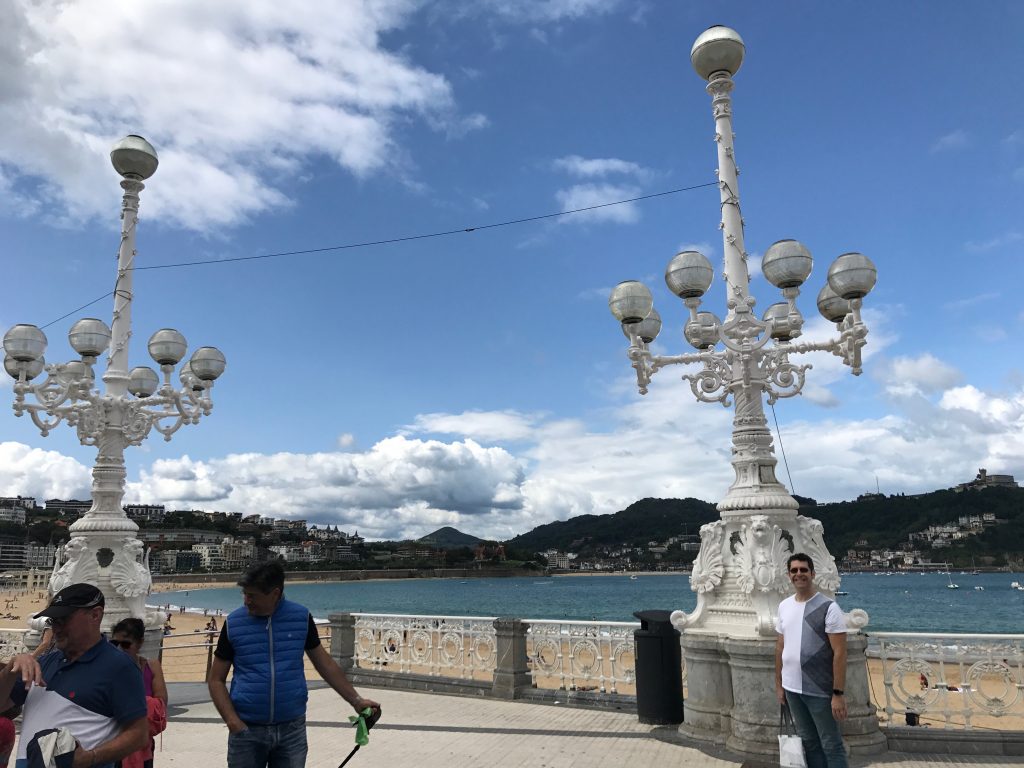 Gotta be careful for those riptides, though. Especially after a few glasses of txakoli. 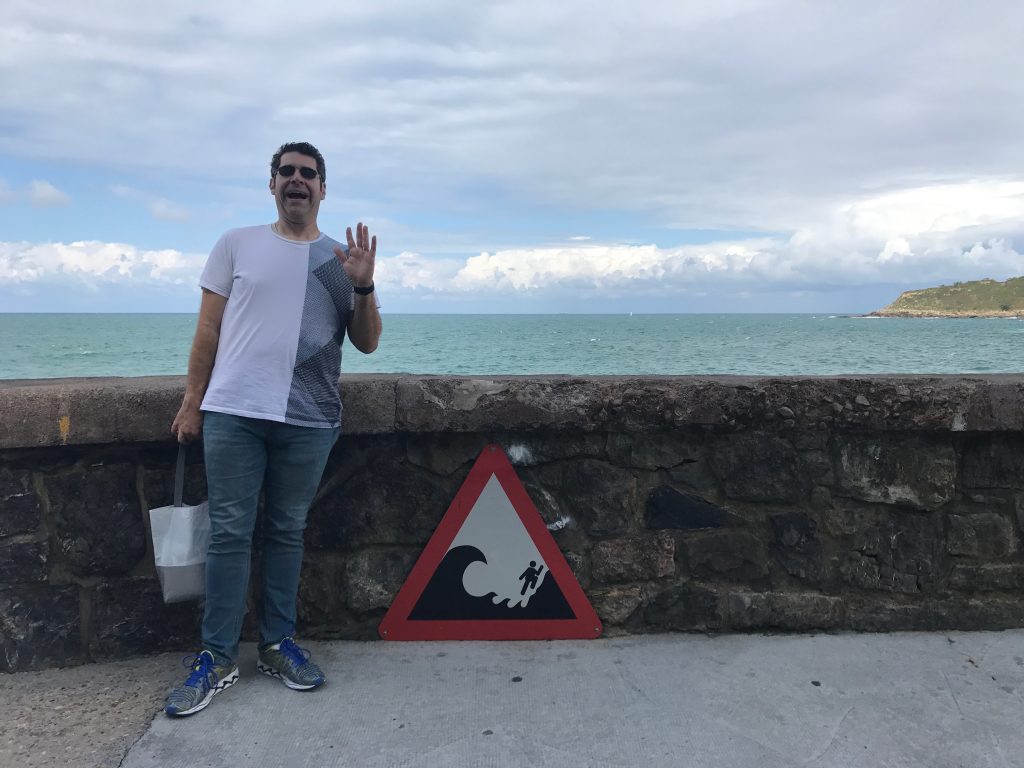 We even saw some locals participating in a traditional (Dreamer assumes) dance related to the festivities. 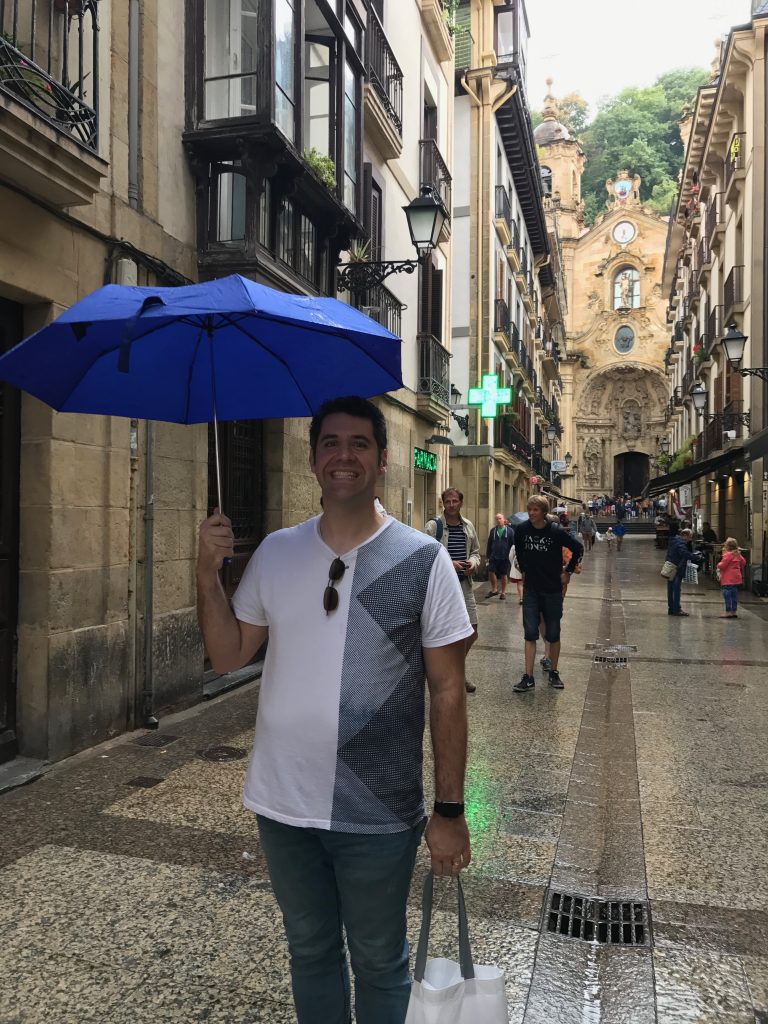 We headed to the naval museum to learn more about the waters surrounding us. 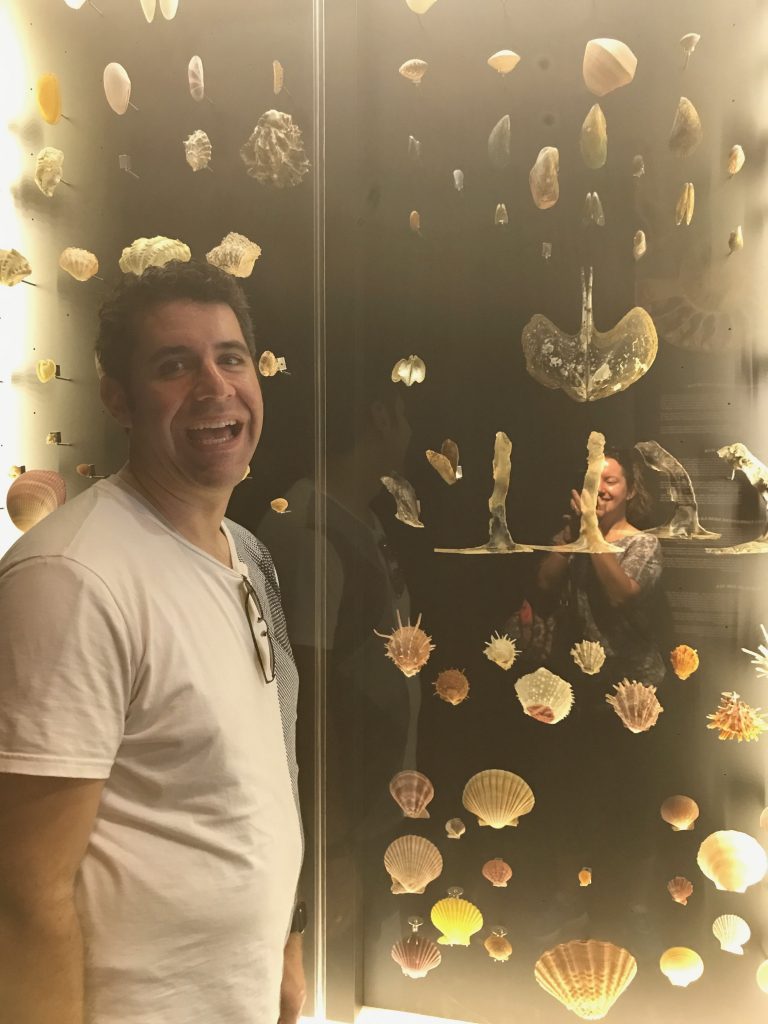 Many of the sea lifeforms on display were fascinating. 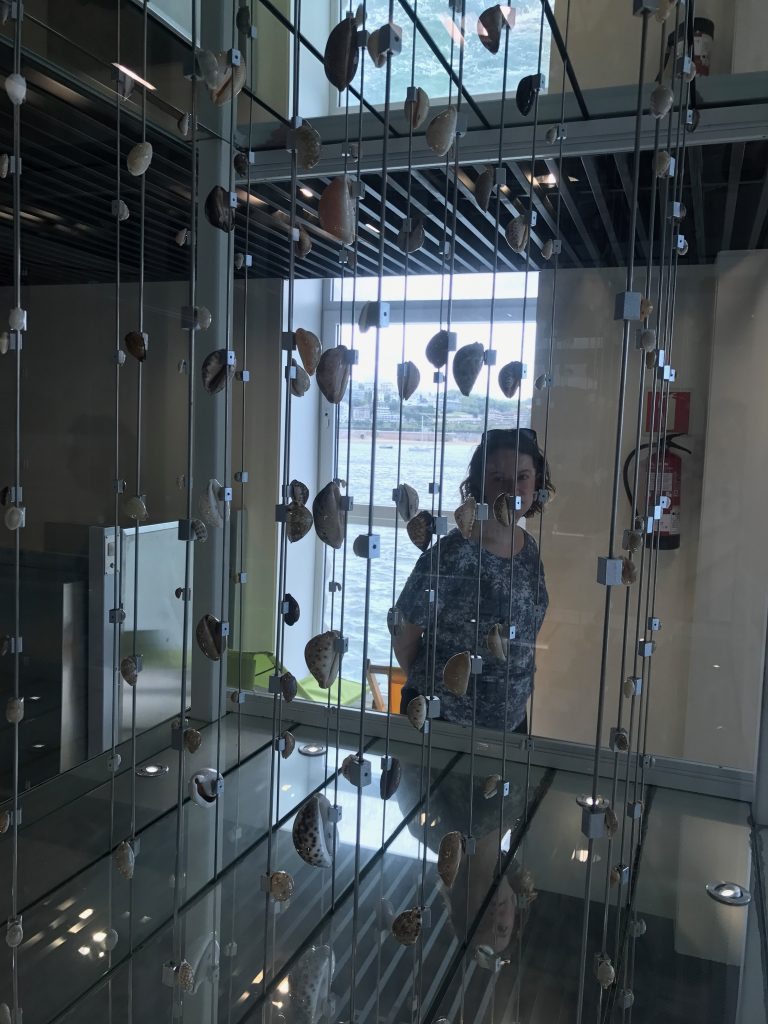 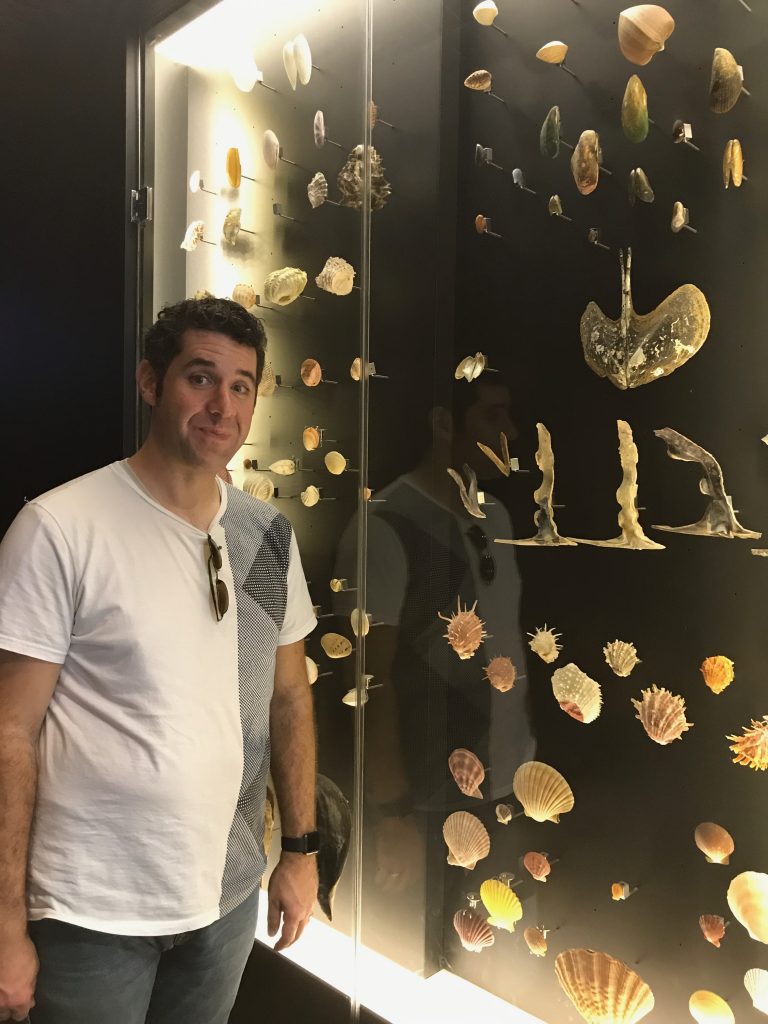 And check out these tadpole embryos transferred to translucent casings. You can actually see them moving inside.

Outside the naval museum, there was some fun public art.

As always, we were beyond excited to ride the local funicular; regular readers might recall that we are fans of this particular mode of transport. 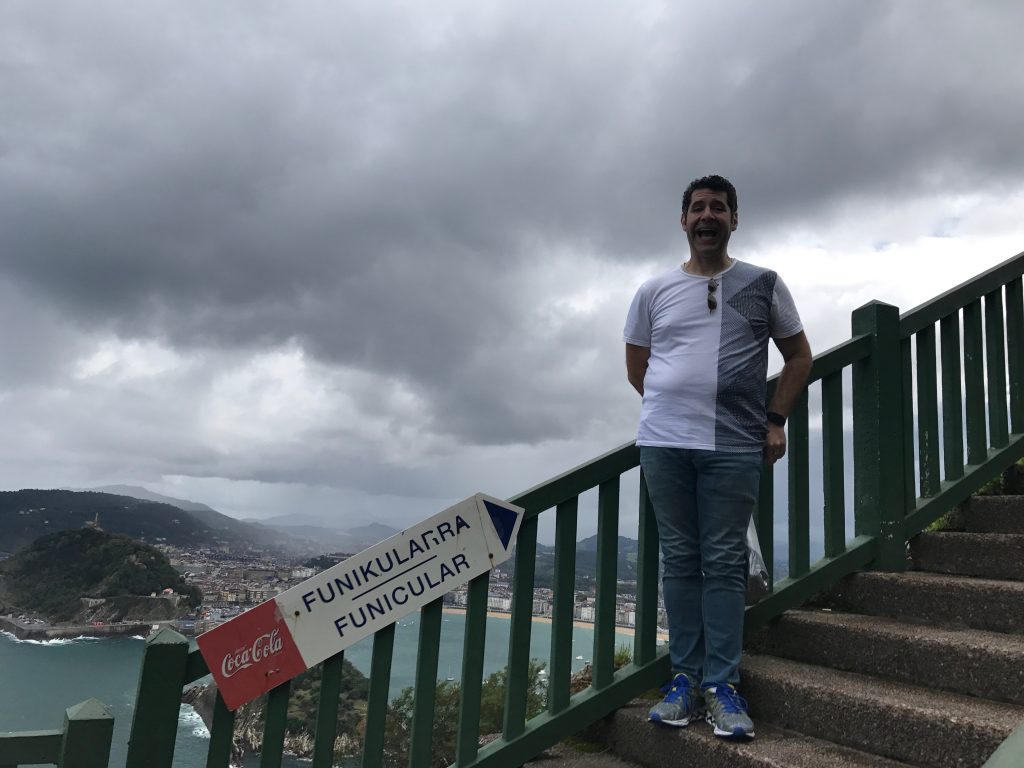 The views were breathtaking. 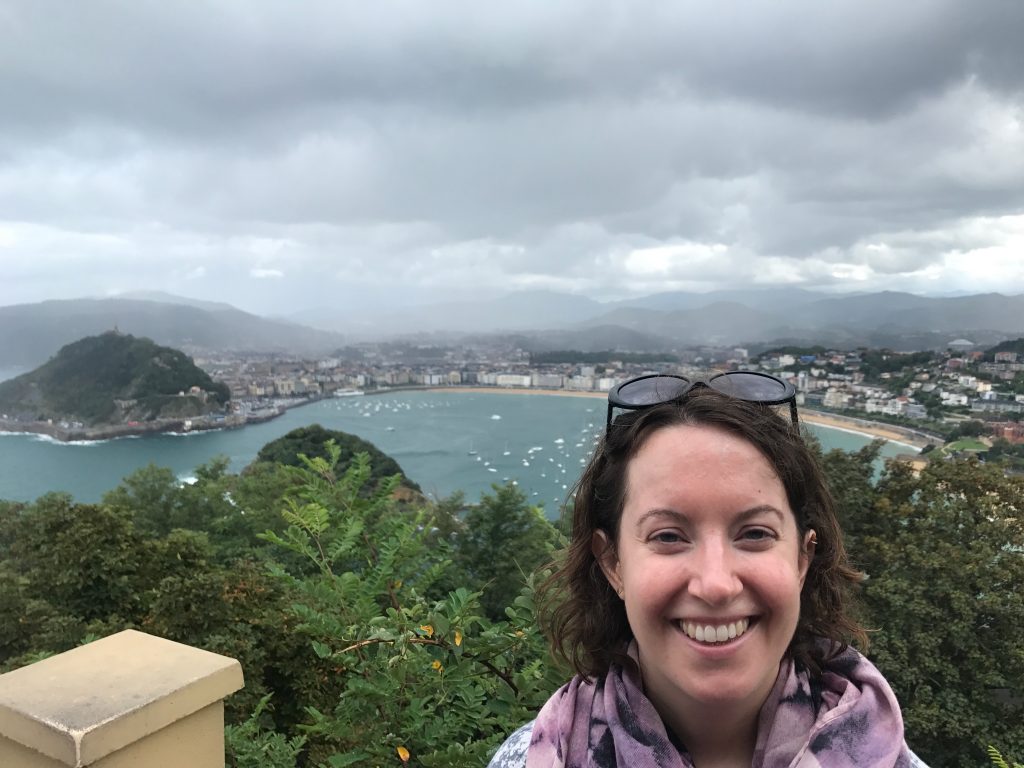 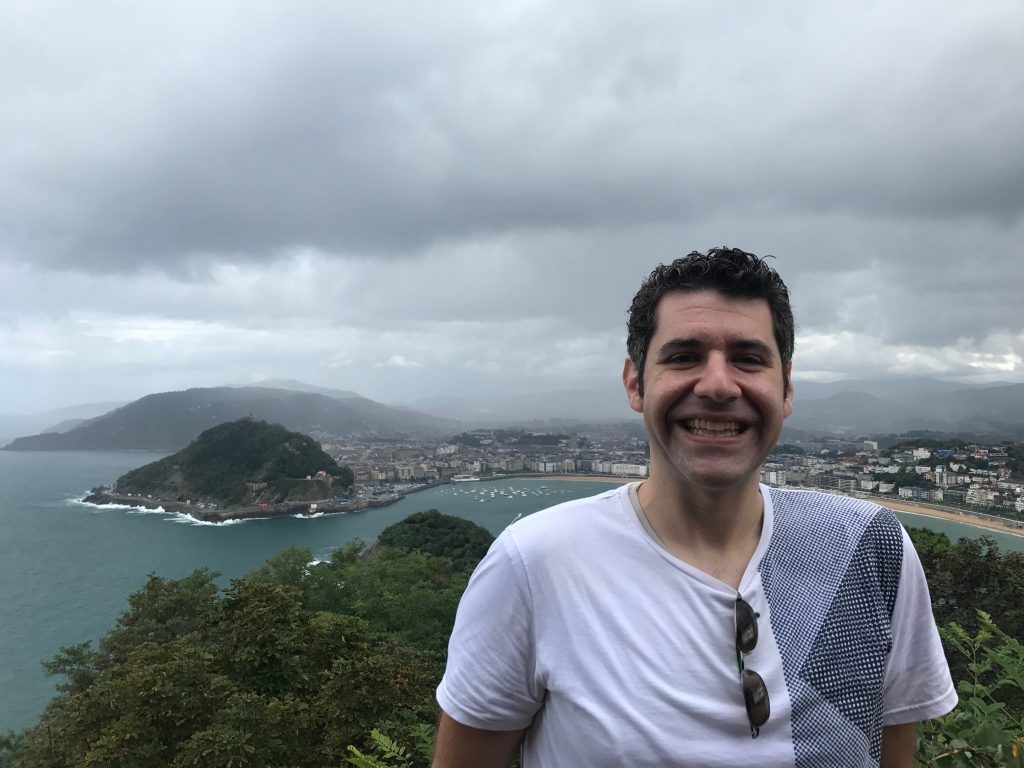 We were excited to discover a fun ride at the top of the ascent. It might be for kids, but when has that stopped the Dynamic Duo before? There was in fact an entire amusement park up there, little did we know. Dreamer had to coach Doer a little before he got the video right, though.

Unfortunately, Doer’s phone let him down big time when we went on the ride, so we can only offer this rather underwhelming look at what the ride entails: 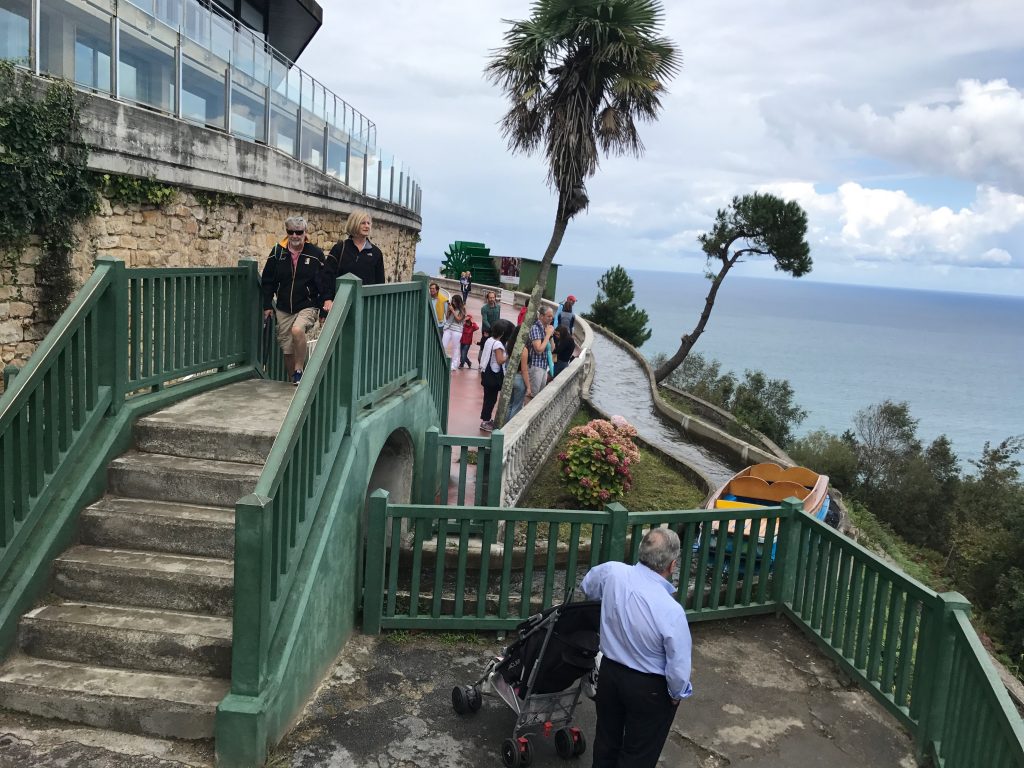 But the views from the top were still pretty great. 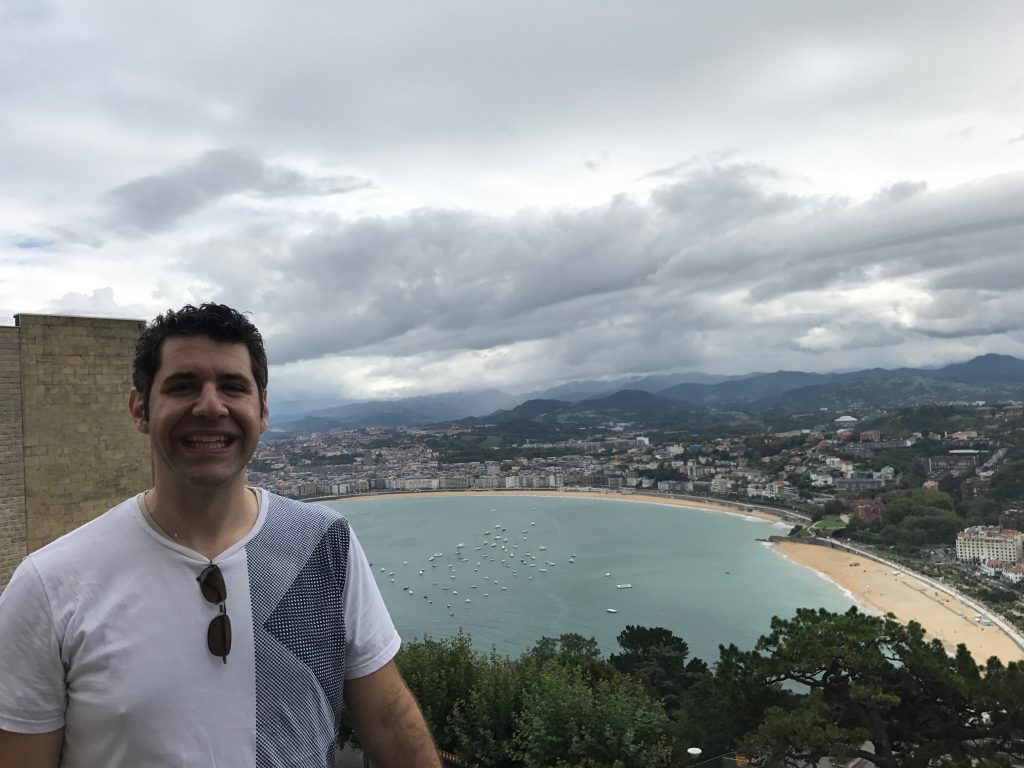