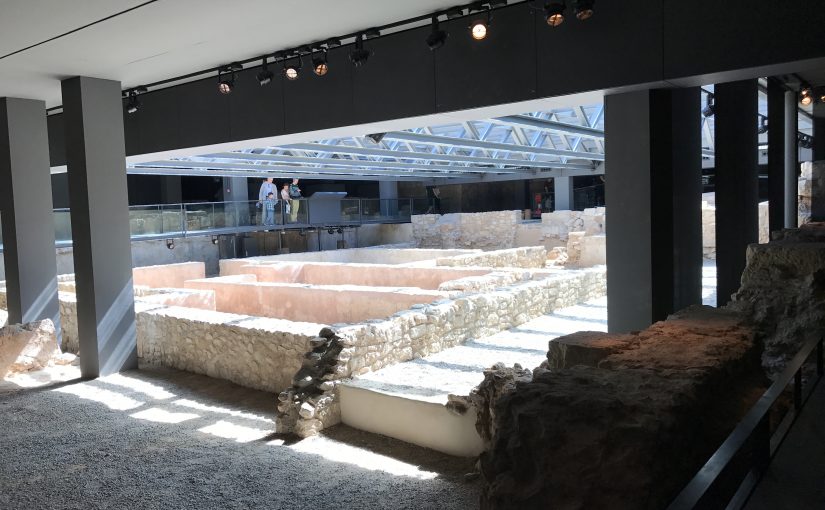 We spent a very long, fun-filled day taking part in the Fallas in Valencia last month, and we will tell you more about that next time (finally… we promise!). Although the festival really does overtake the city, we still managed to have a few non-Fallas experiences while we were there for a very long day. For example, not all of the street performers we saw were dressed in traditional costumes – some were quite unique. Dreamer gave this guy a shiny nickel.

Because we’ve enjoyed the experience so much in other cities, we decided to go on a free walking tour. And wouldn’t you know it, we learned some interesting new facts about the city, which our fabulous guide, Elena, pronounced, “Baa-LEN-see-yuh!”.

For instance, did you know some believe the Cathedral of Santa Maria, which lies next to the basilica in the Plaza de la Virgen, holds the true Holy Grail?

Construction began in the 13th century, after the city was conquered by Christian King Jaume I, and the cathedral was built on the site of a mosque, which the Moors had built on the site of a Visigoth cathedral. Throw in the neighboring basilica, and that’s some pretty holy real estate. Not terribly uncommon in Spain, though; we saw some similar layering in Toledo. 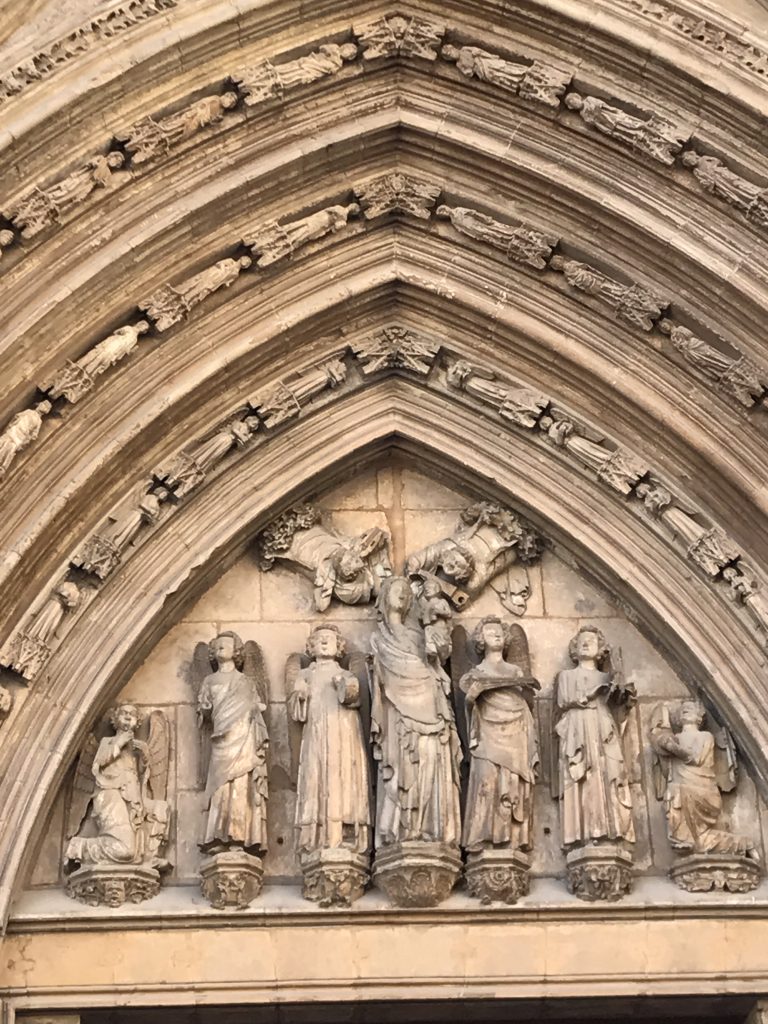 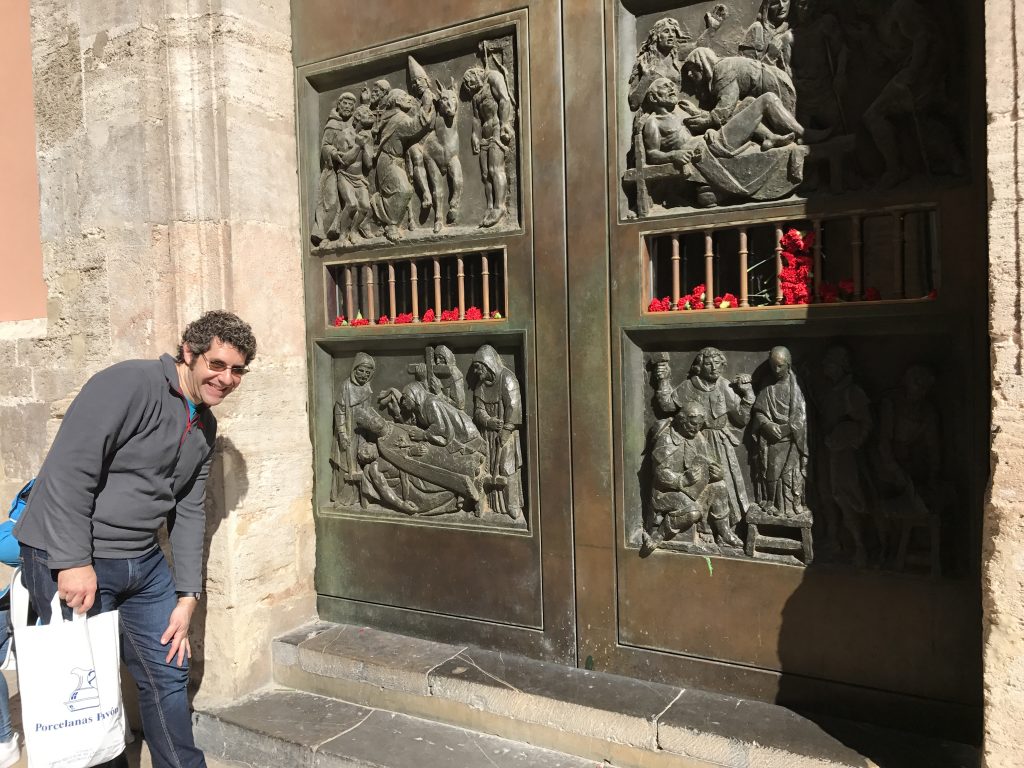 Speaking of historical layering, some old Roman baths have been discovered and preserved underneath the basilica.

It felt pretty trippy underneath the water like that. 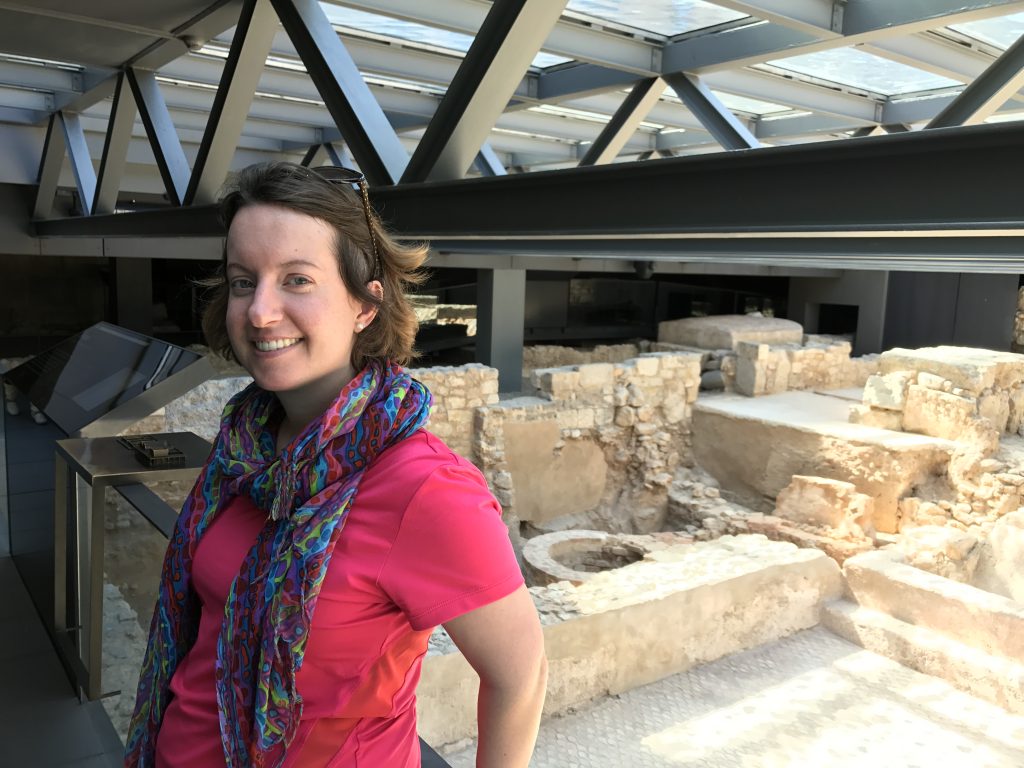 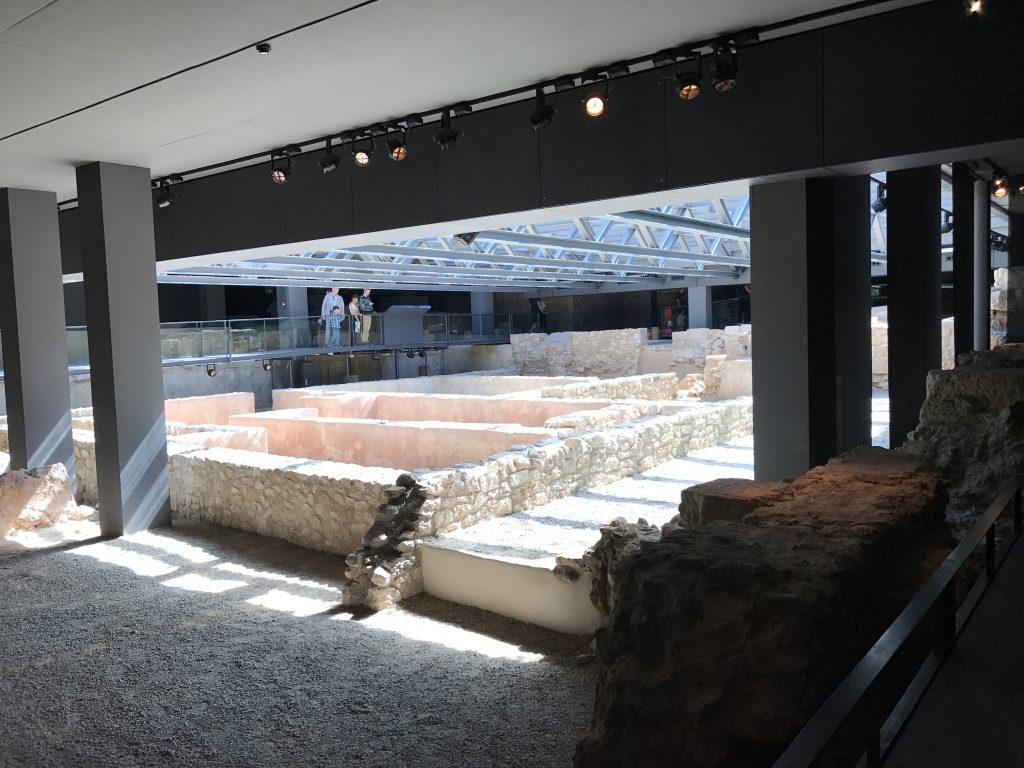 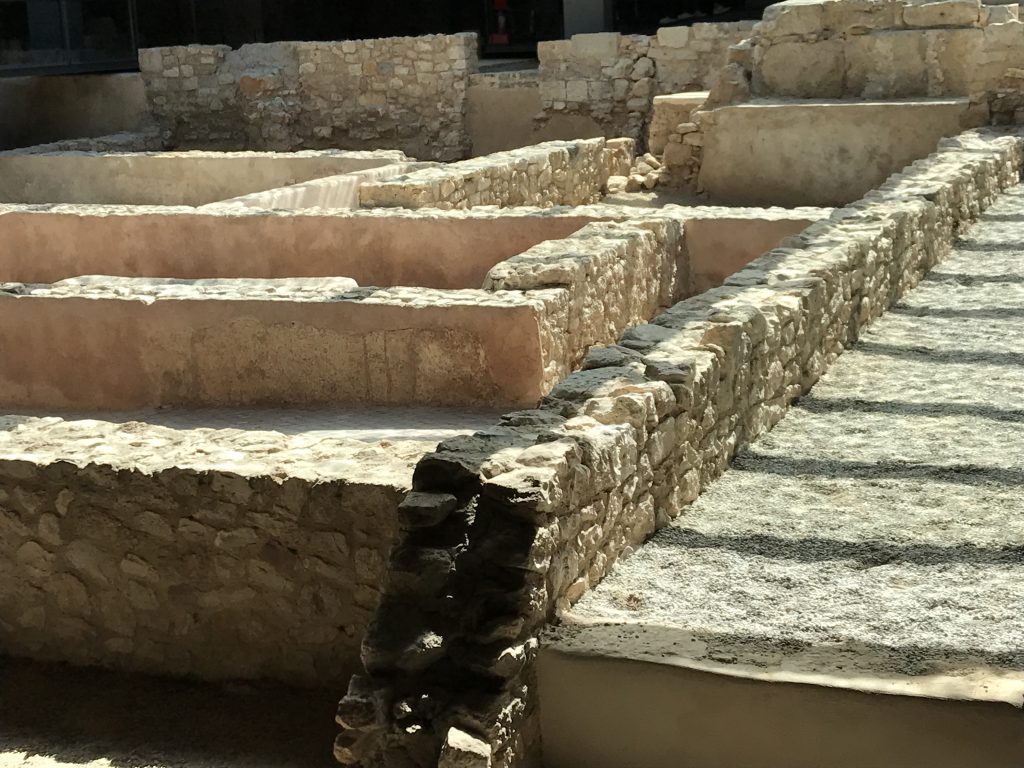 Elena told us about the history behind the Valencian flag, which is derived from the symbol of the Crown of Aragon – an homage, we suppose, to the conqueror, king Jaume I of Aragon. Today, the bonny banner can be seen all over the city. 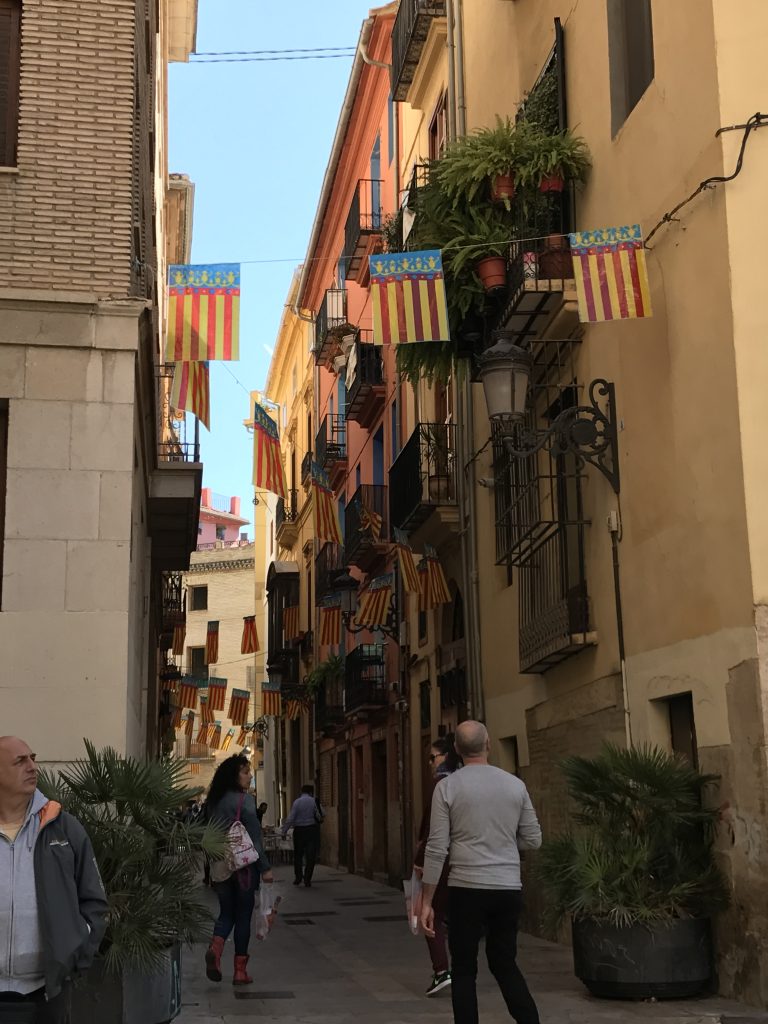 The best part of the tour was our guide – Elena’s passion kept us captivated the entire time. And of course, we couldn’t really escape the Fallas, so in true if-you-can’t beat-them-join-them fashion, we got to play with fireworks. As Elena said, “In Valencia we don’t have blood in our veins – we have gunpowder.”

And more on all those fireworks very soon as well… again, we promise.