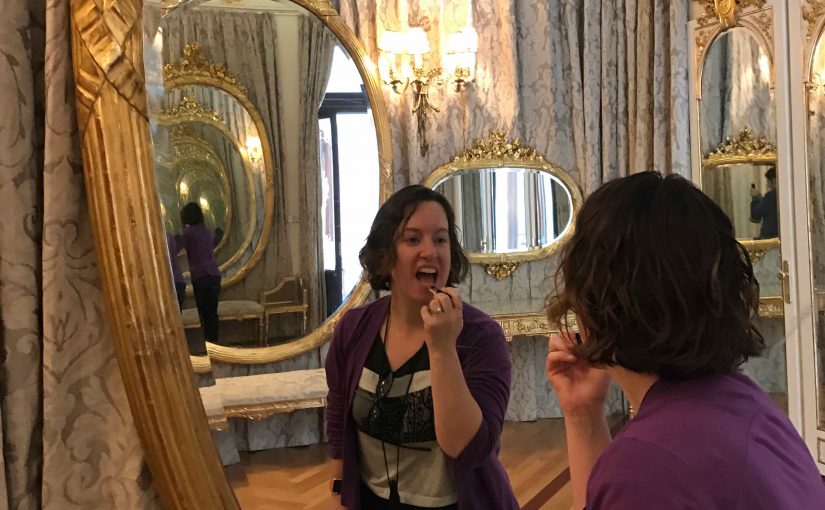 We never thought a dancing sardine with a trout pout would be part of our cultural experience in Europe, but life is full of fun surprises. More on the fish later. In February, we found ourselves in the city of Murcia, the capital of the autonomous region of Murcia, which lies below the autonomous Valencian Community, where we live. It also has a near-miss patriotic name if you’re from ‘Murica like we are. One letter off, darn. After four or five hours on a train – which Doer supplemented with leftover potato salad – the two adventurers arrived in time to find an Indian restaurant for