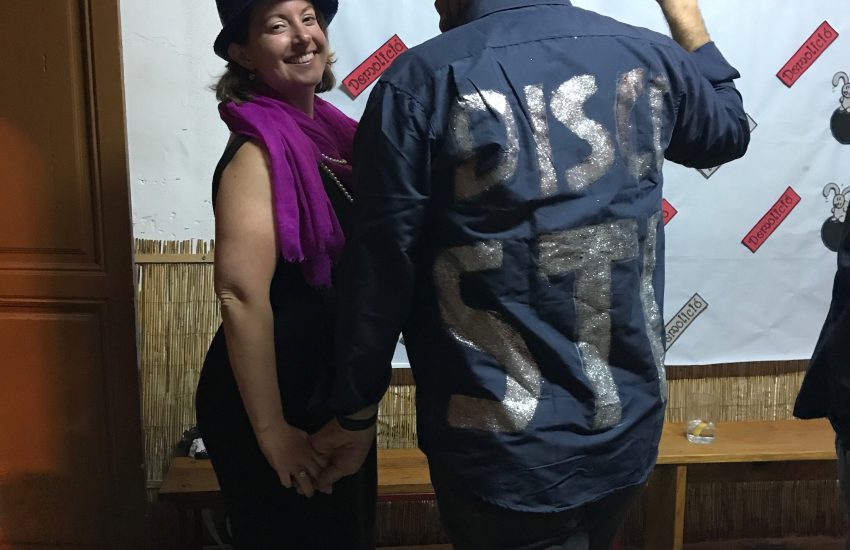 We’ve often observed traditional festivals in Spain, but usually as outsiders. We stand outside to watch parades, we go to museums to learn more, we stay up all night to see the bonfires. In May, we didn’t see any of the official festivities in honor of San Pascual Bailón in Villarreal, but we got to do something even better – we went to a party.

The above is the only San Pascual-related photo we’ve got, because we were leaving for a trip the next day and didn’t see how the city marked the occasion. The rest of the post is going to be party pictures. 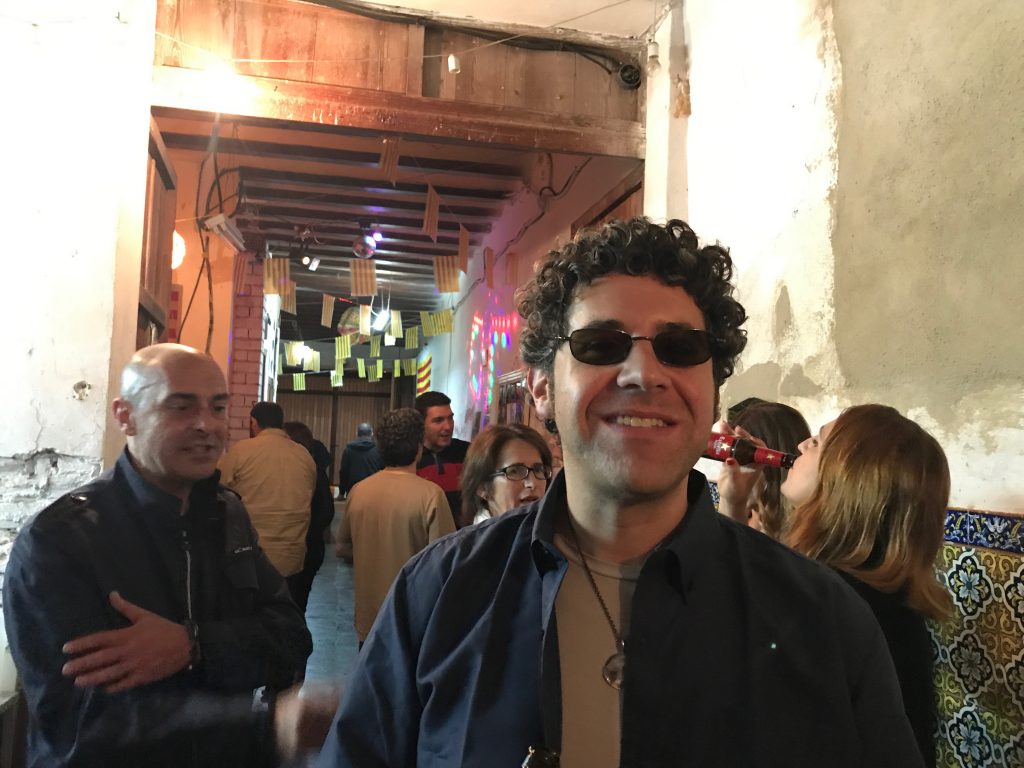 Our good friends from Villarreal, who had already invited us into their homes to participate in local traditions we otherwise would not have experienced, invited us to join their peña (a group of friends) for a disco-themed party and dinner. When Doer found out, he had the perfect costume in mind. 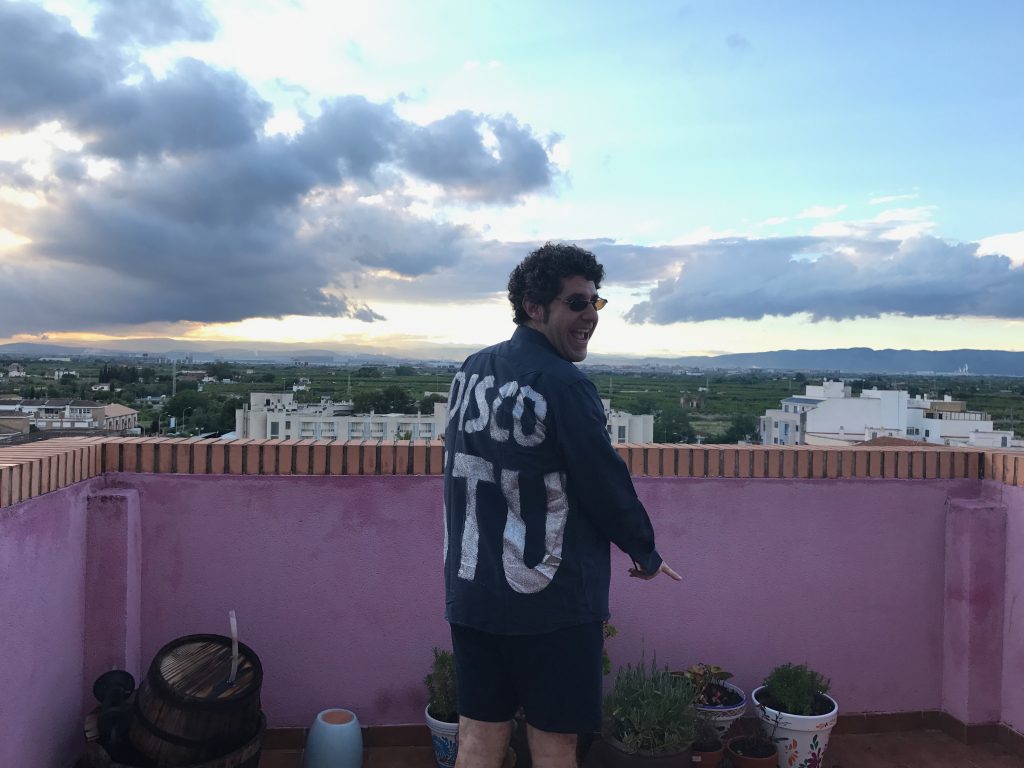 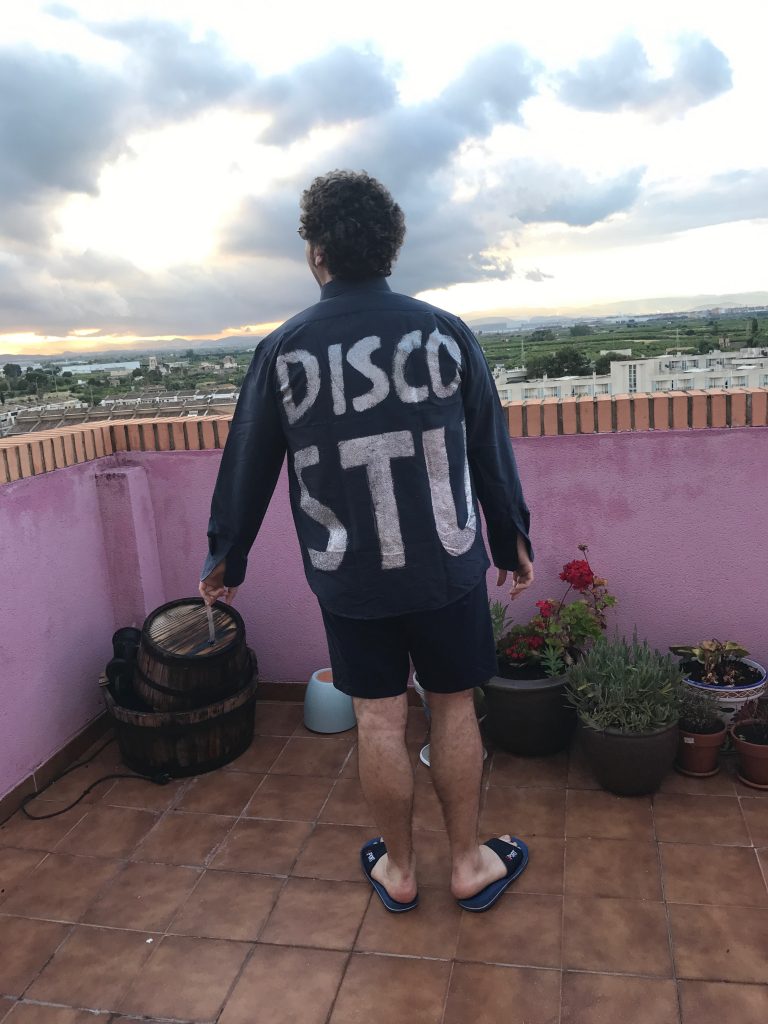 Perhaps because of San Pascual, many men in Villarreal are named Pascual, including one of our very good friends. Dreamer doesn’t remember, but Doer says there were no less than six Pascuals at the party. 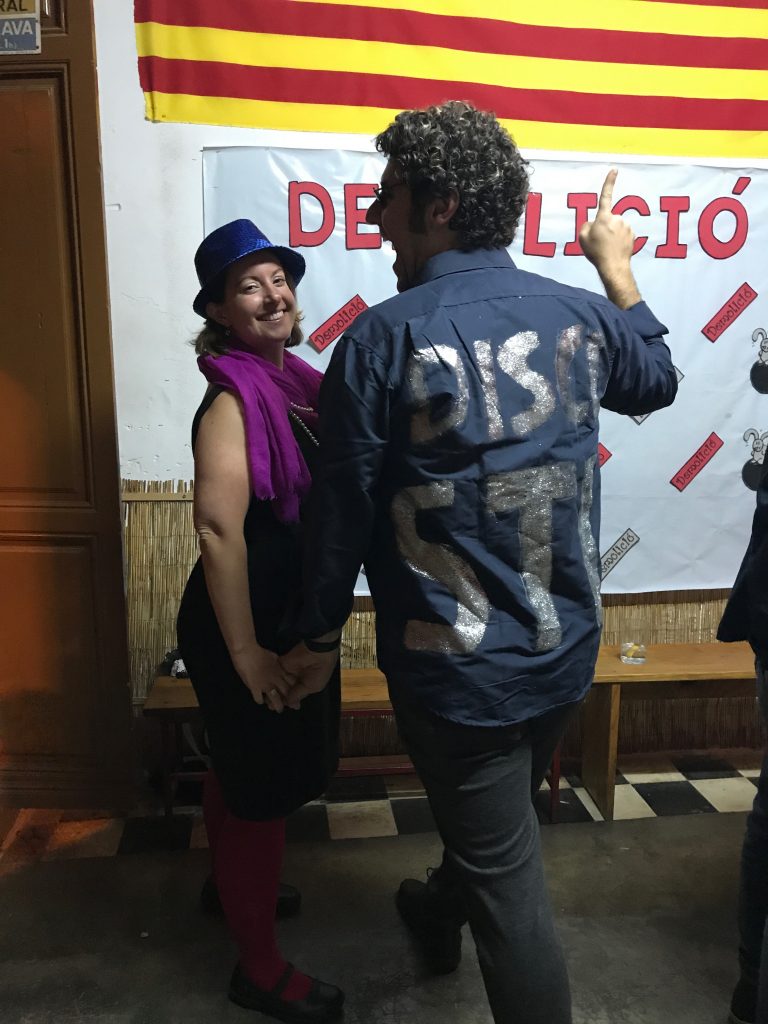 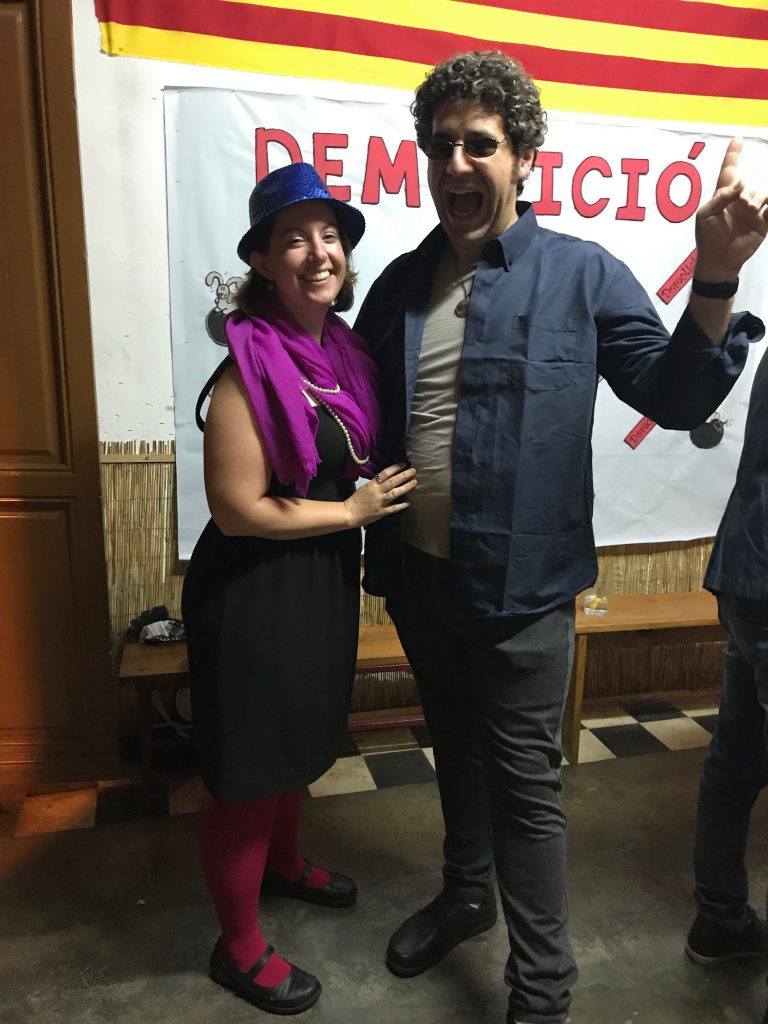 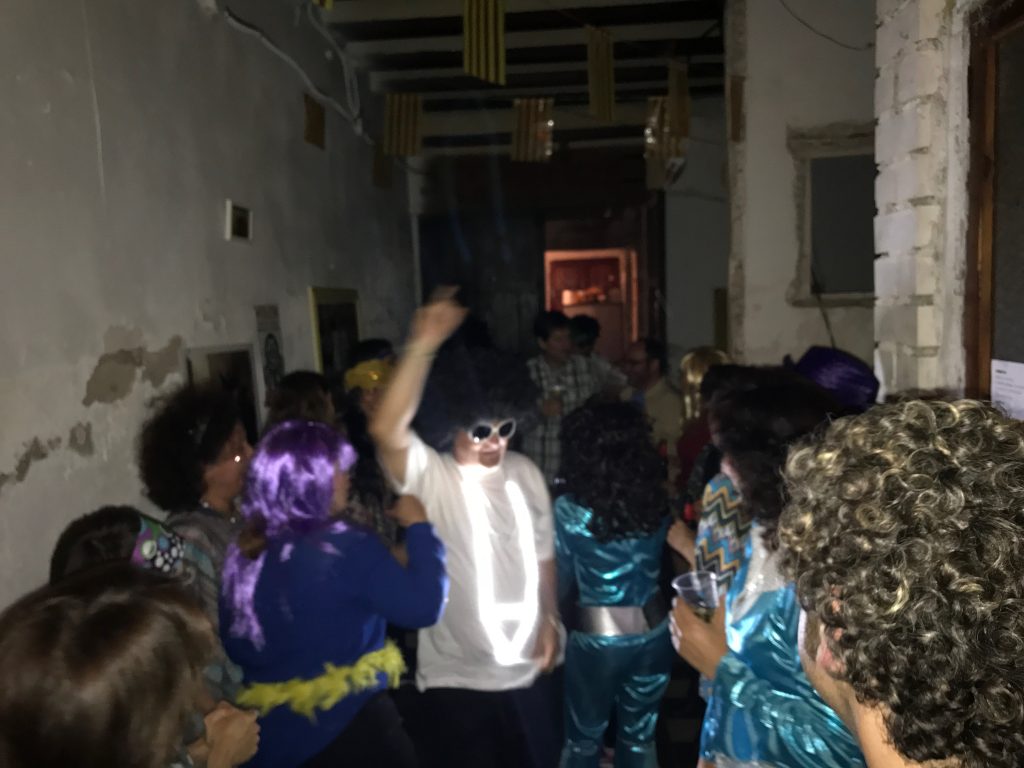 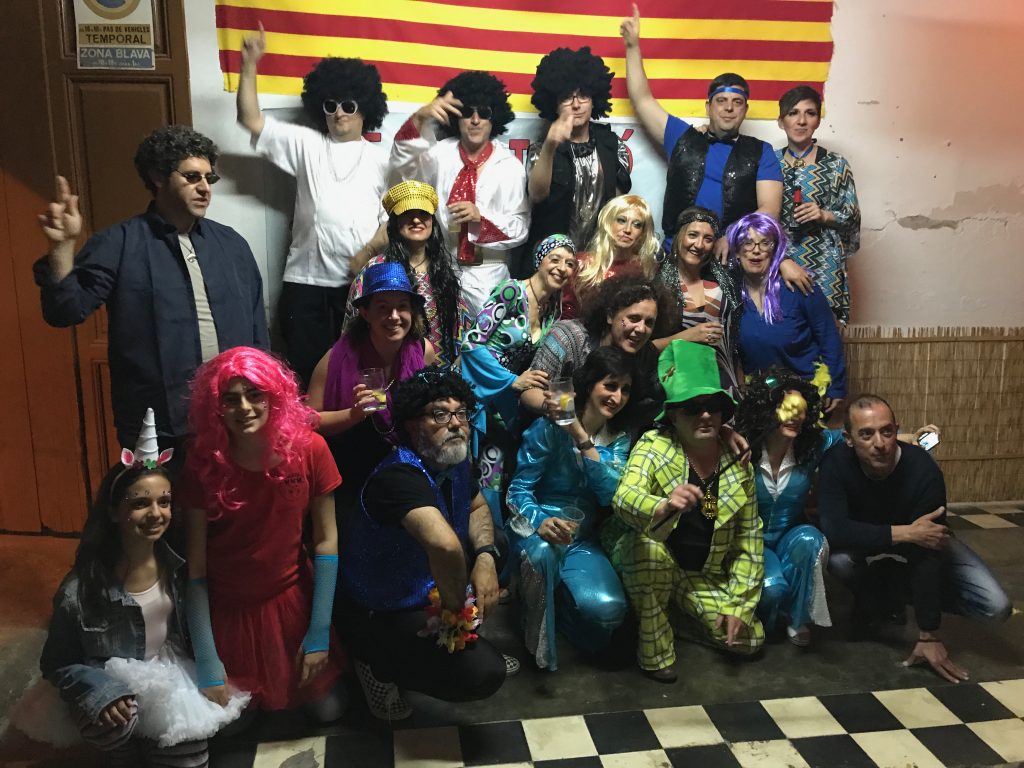