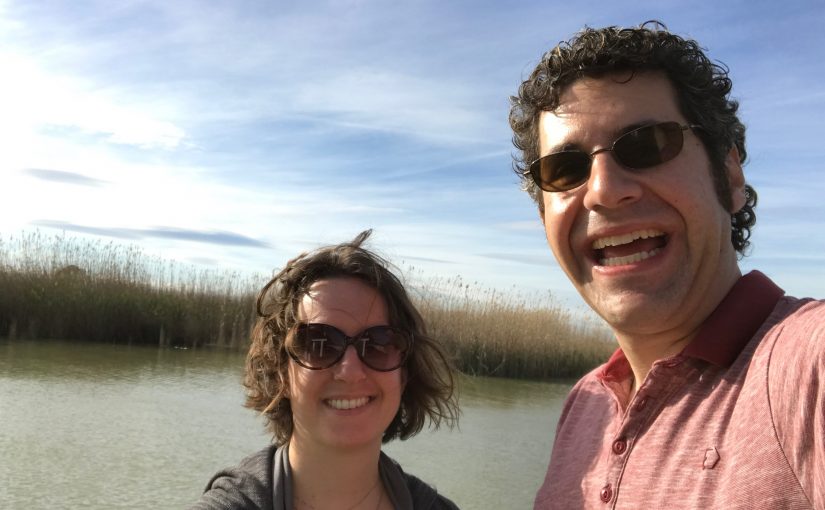 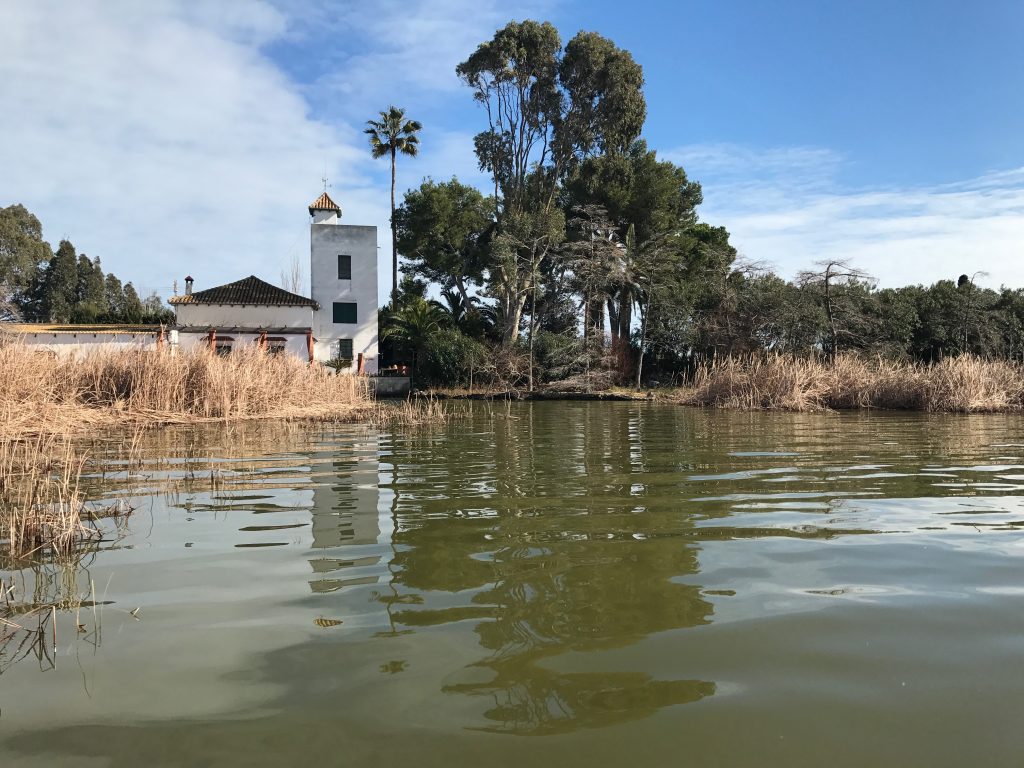 At the end of January, Doer and I took our friend Wendy to the Albufera, a freshwater lagoon and estuary on the Gulf of Valencia. Before that, we spent a couple of days exploring some small cities in our region.

We began the weekend in Sueca, a town near the Albufera and only a short train ride from Valencia. Some online detective work brought us there, as I had tracked down a cafetería with five pinball machines – by far the most machines we have been able to locate in one place in Spain. Doer really had been missing this favorite hobby, so imagine how crestfallen we felt when we discovered people sweeping and closing the business upon our arrival. But then the owner was kind enough to remind us where we were – closing time? No pasa nada. This is Spain, after all. To our delight, they let Doer play for a while before they headed home for the afternoon break. 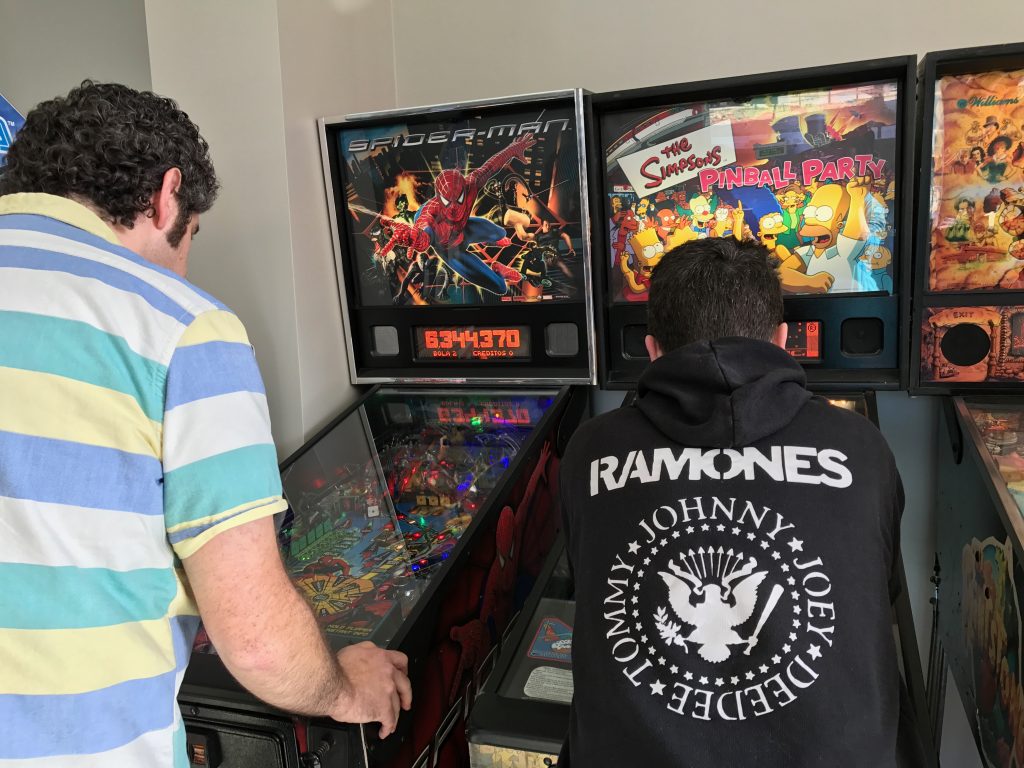 After lunching in Sueca, we hopped on the train again to visit the nearby town of Silla, which was hosting an agricultural fair. The local archeological museum remained open that evening. 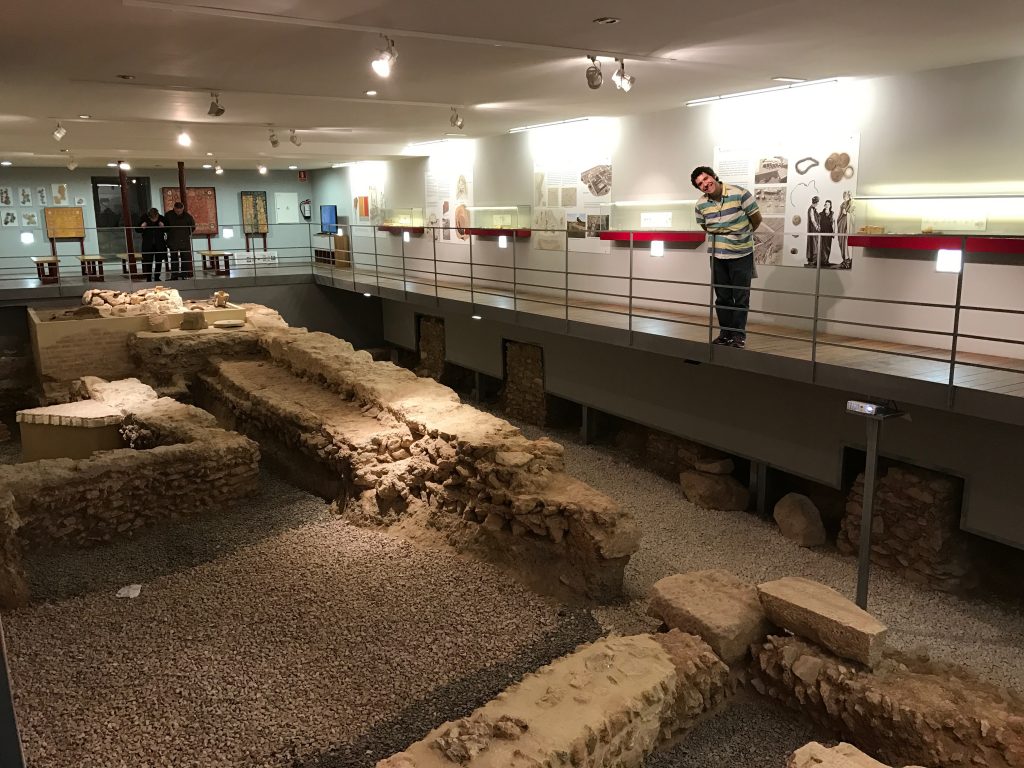 After picking Wendy up from the airport on Sunday, we visited the Church of San Nicolás in Valencia, which is famous for its frescoes. 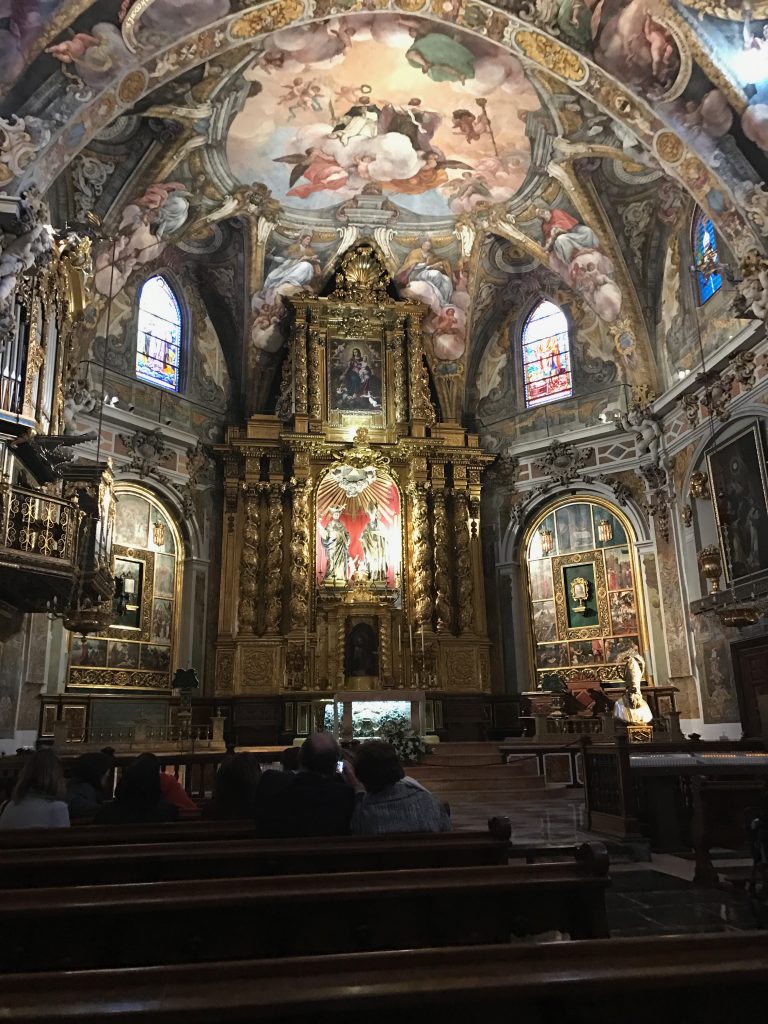 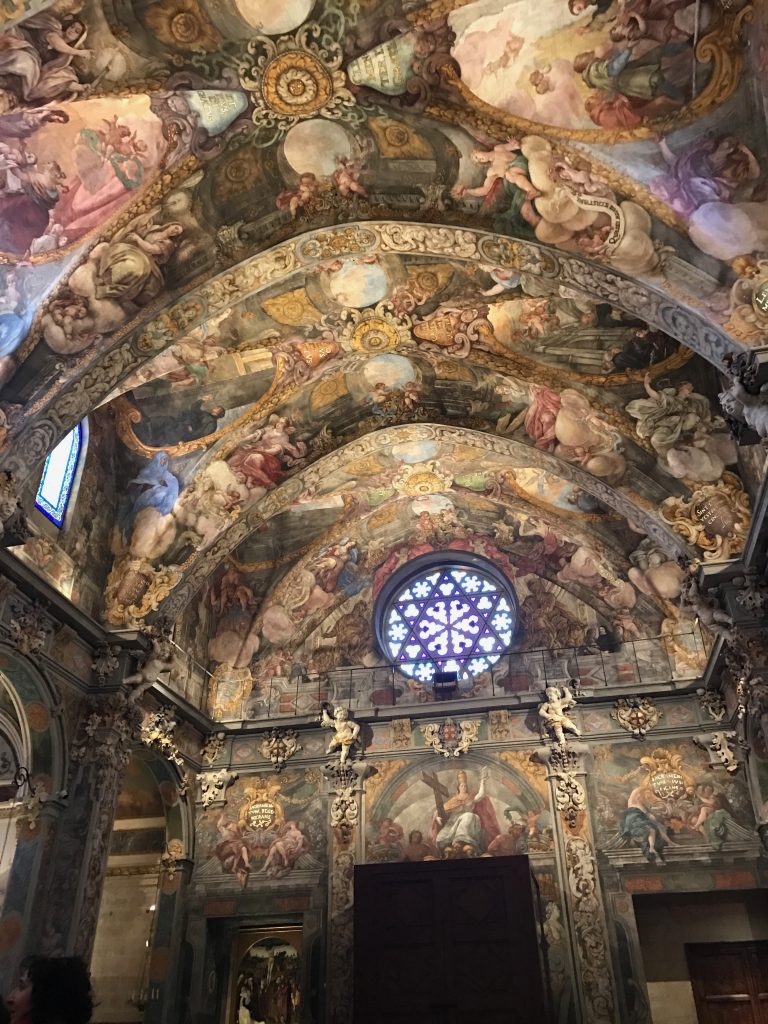 My favorite part of Wendy’s time with us in Valencia came that Monday, when we visited the Albufera, which is surrounded by rice paddies. In addition to fishing, rice probably is the most important industry in the area. Even the café in the Albufera village of El Palmar sold rice along with its coffee and homemade pastries.

After breakfast, we took a boat ride through the lagoon. 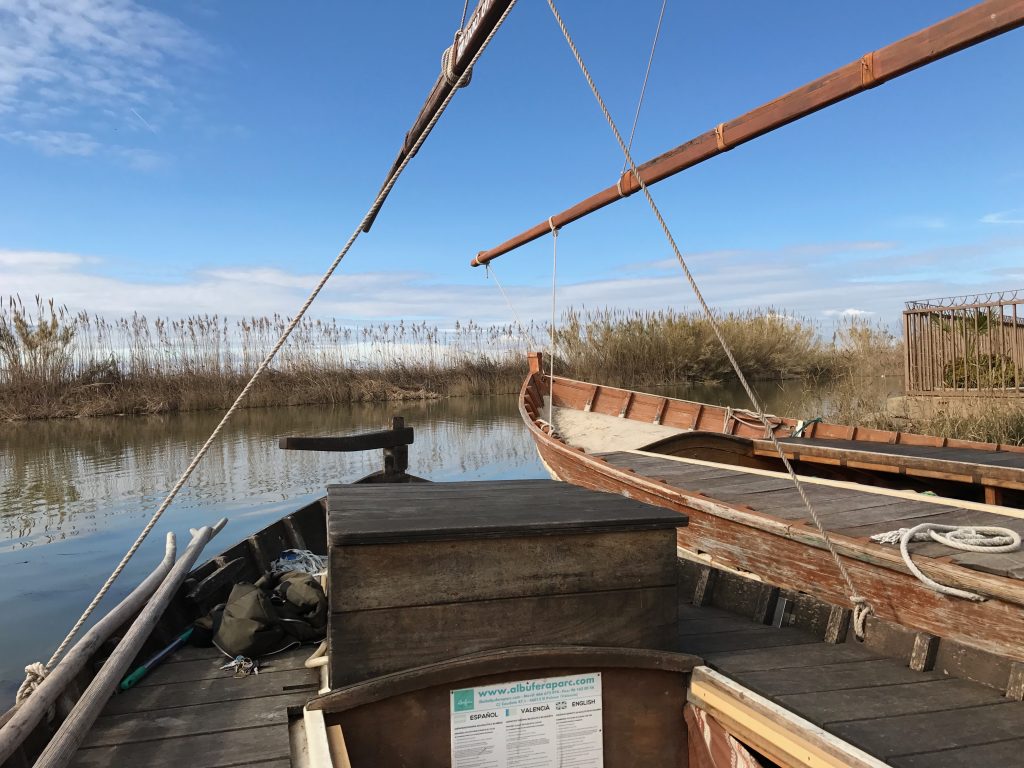 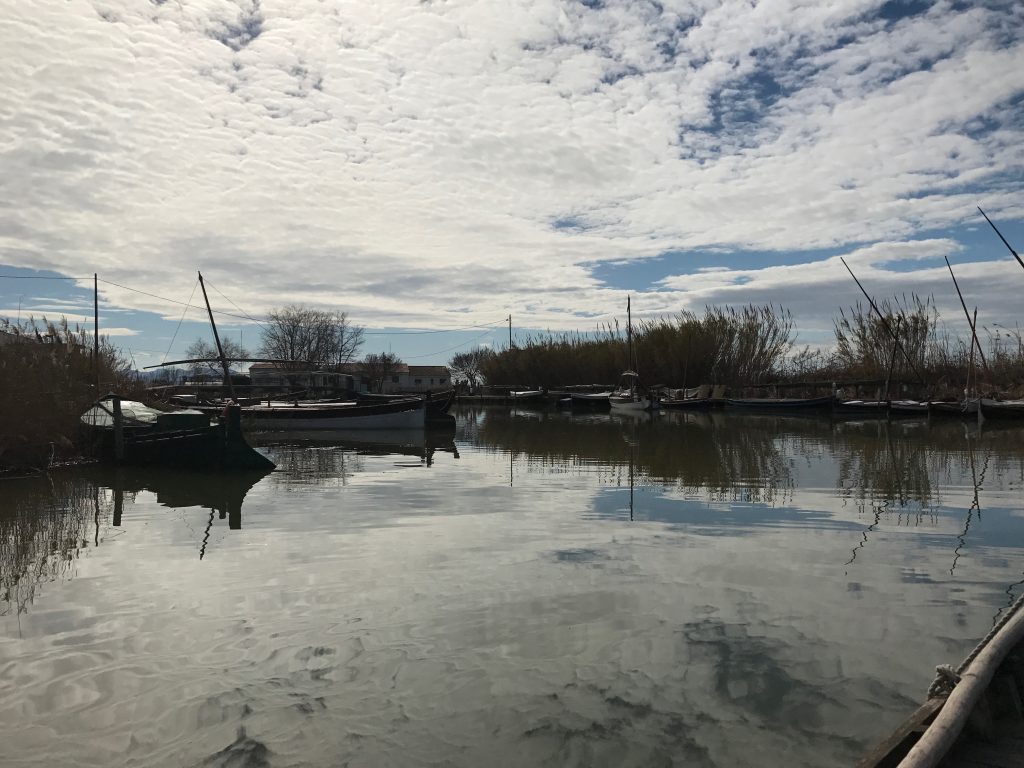 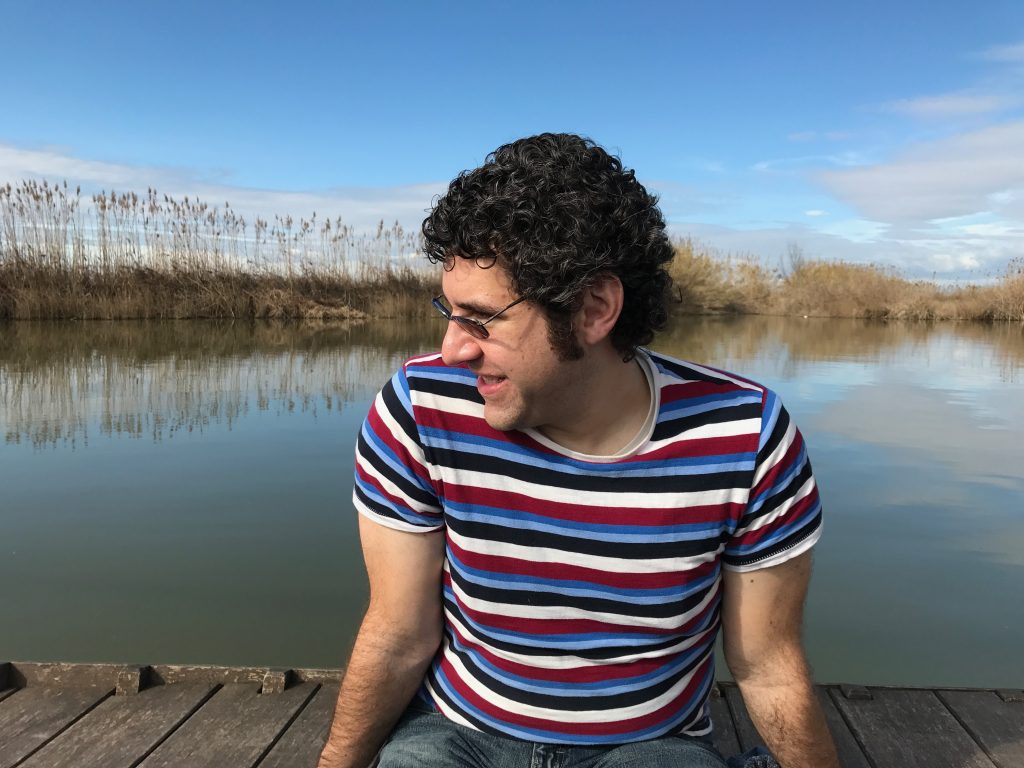 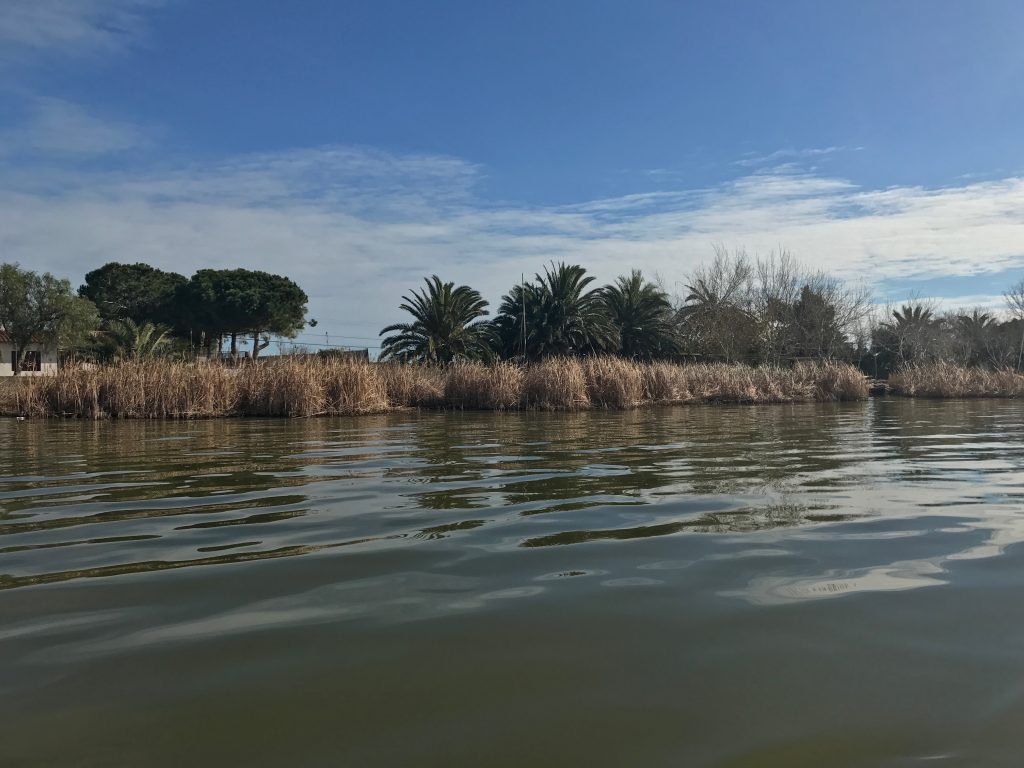 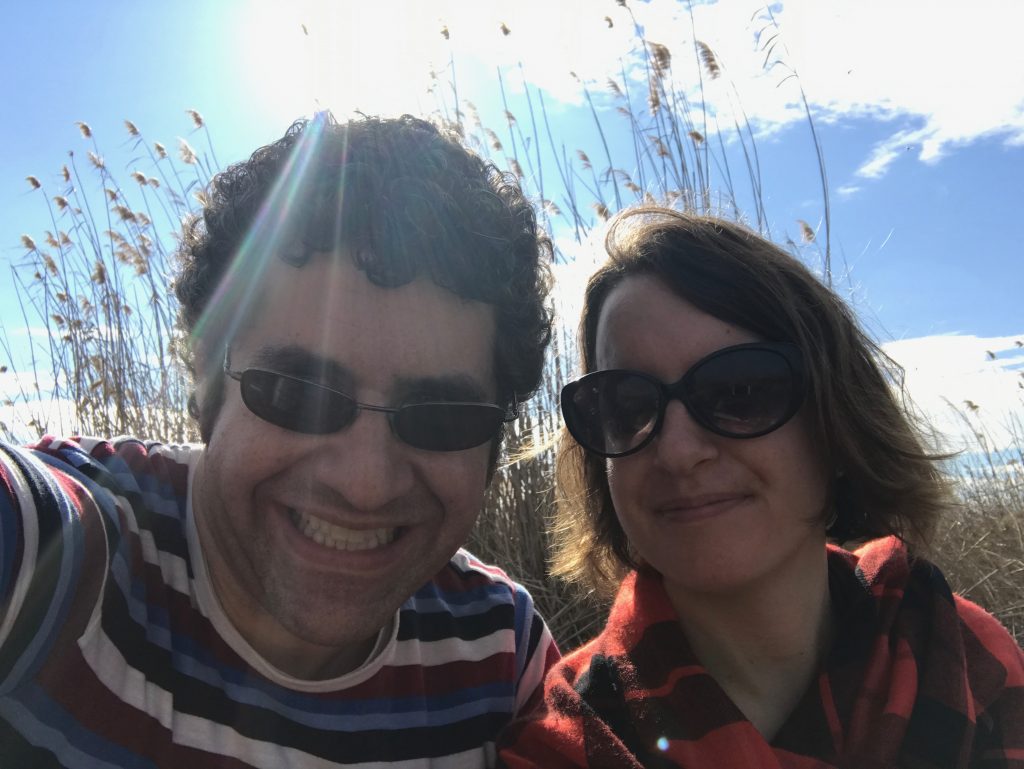 Apparently El Palmar is connected to Valencia’s sewage system. I really like the sassy manhole covers (bats are a big deal in the Valencian Community). 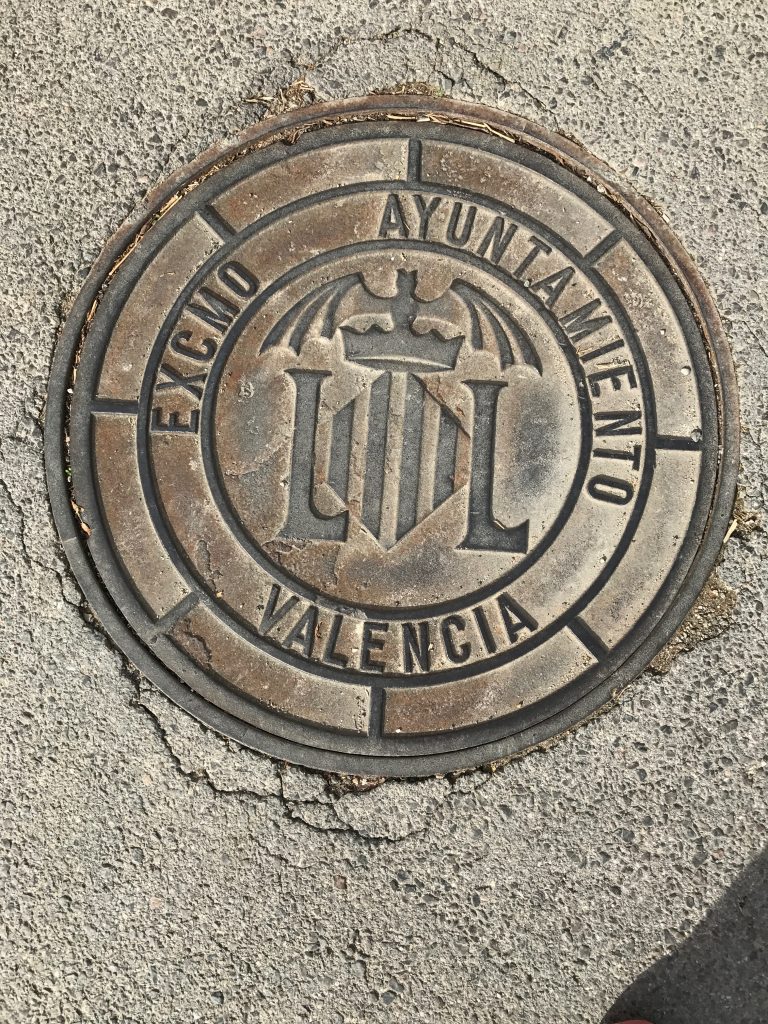 After eating lunch near the beach in the nearby town of El Perelló, we made a short stop in Sollana, where we saw that even small towns can be full of charm and beauty. 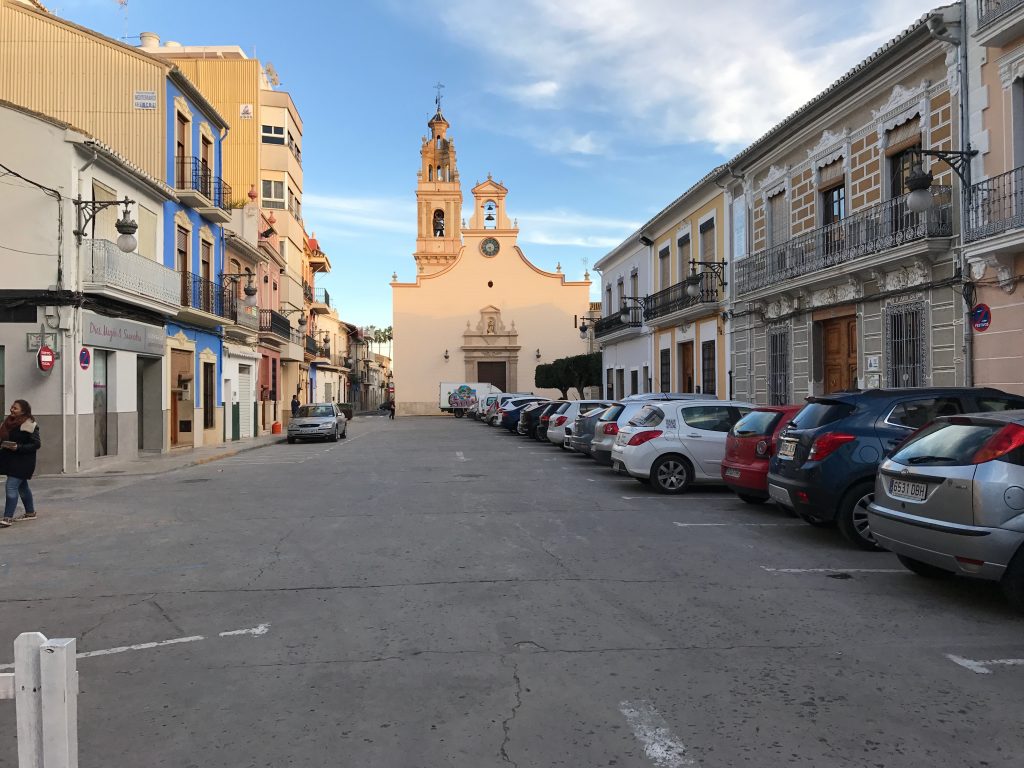 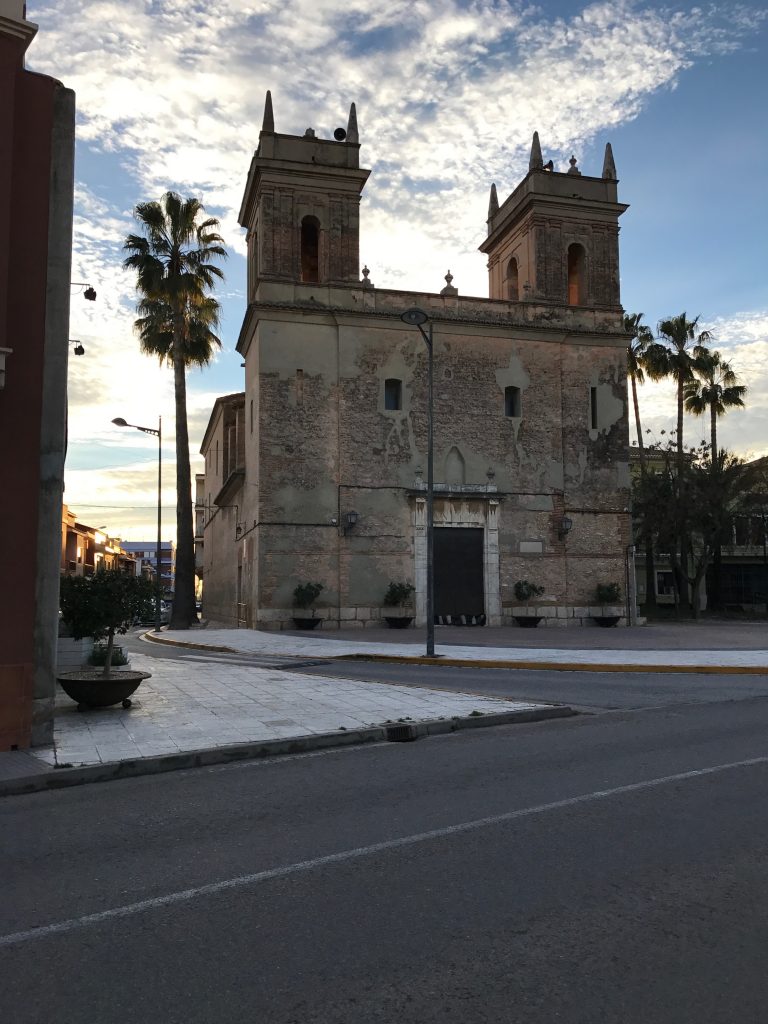 Below is a recreation of the Jupiter of Sollana, a bronze statue found in a field near the town. It’s rare to find old representations of the Greco-Roman god in Spain, and the statue could date any time from the Romanization of the area to the end of the Christian Reconquest. 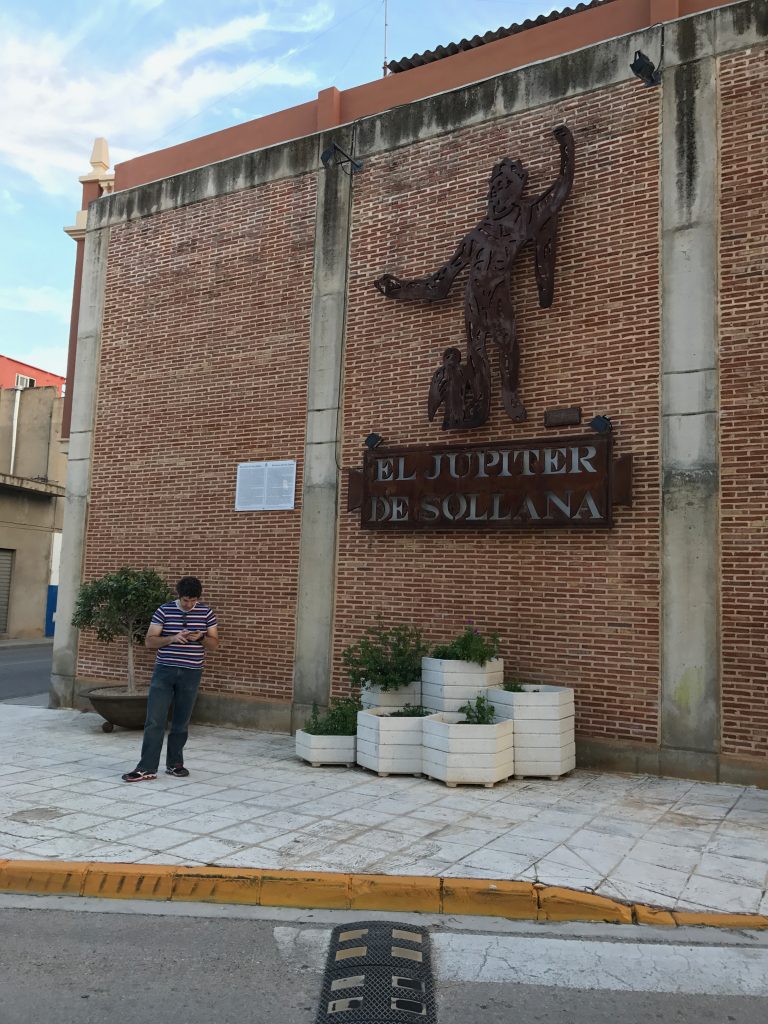 Now, this is just un-Valencian:

As we were very taken with the beauty of the Albufera and curious about a dish that we didn’t try with Wendy, Doer and I returned to the lagoon this weekend for lunch. Tiny El Palmar was absolutely crowded with cars – coming to the Albufera for the Sunday midday meal is a very popular pastime. Battling the traffic proved worthwhile, though, and we were not disappointed with the dish, all i pebre – eels, garlic, paprika, chili, olive oil, and potatoes. 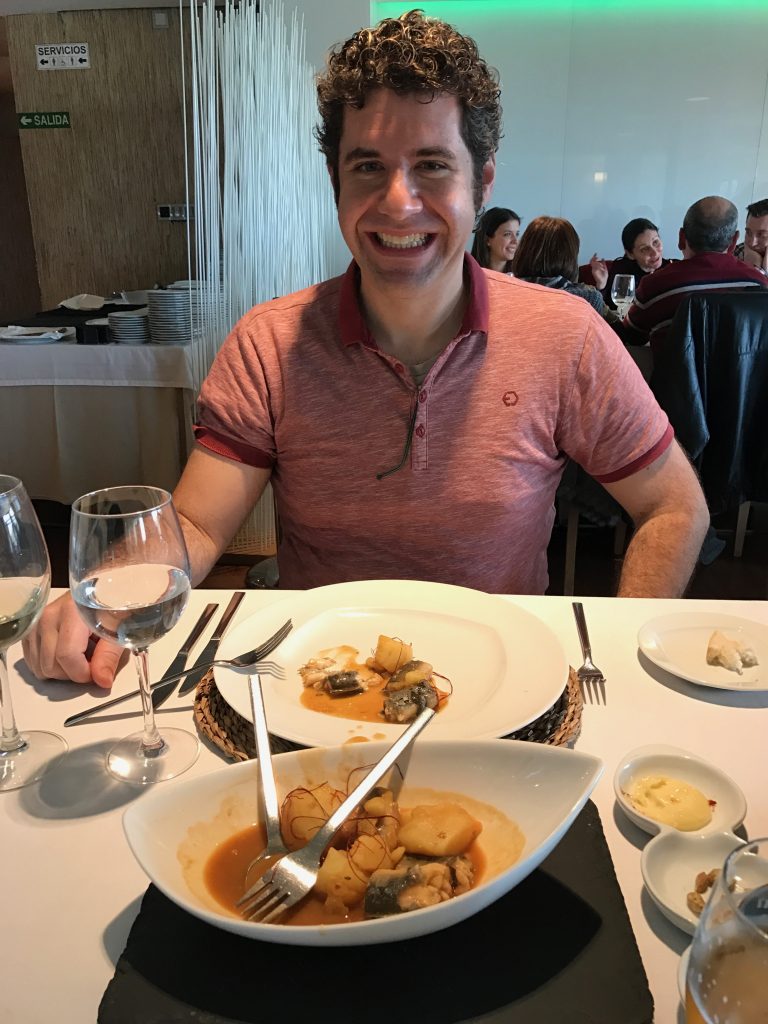 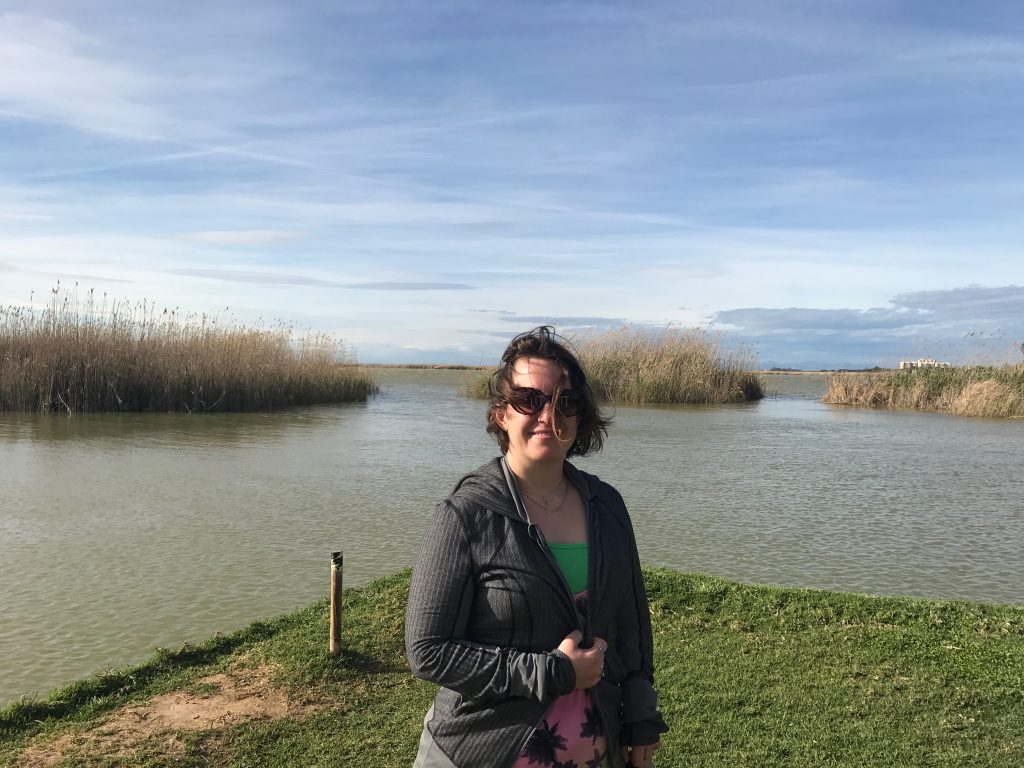 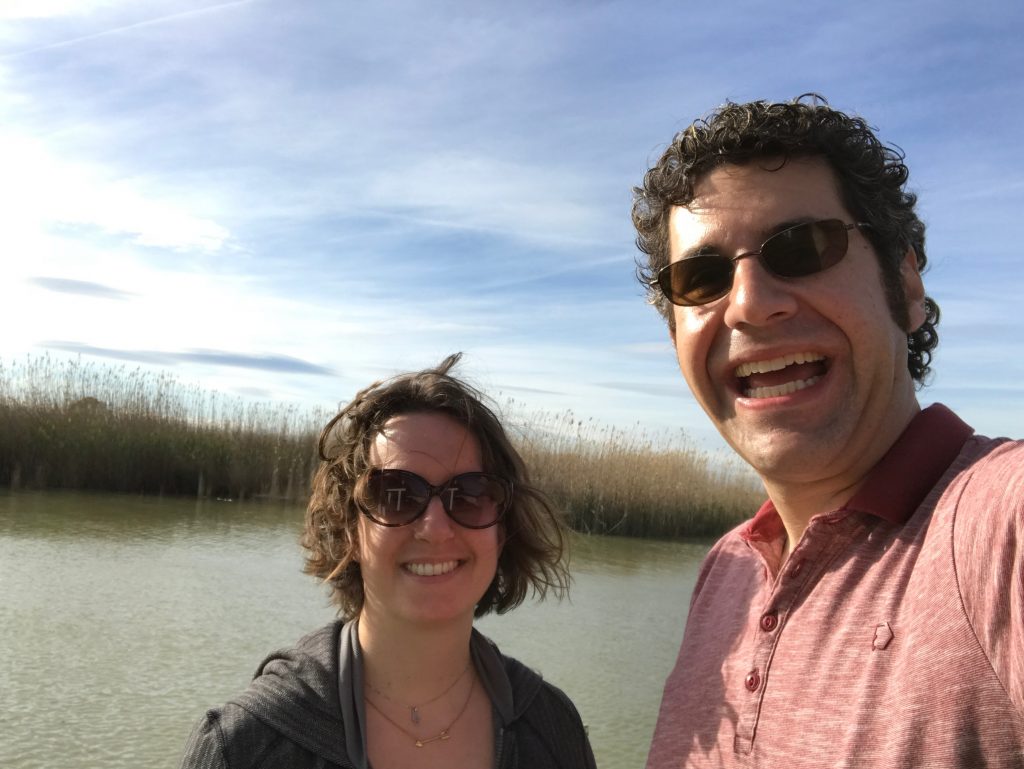 After lunch, we capped off the day with another visit to the pinball bar in Sueca. Doer found one of the machines had been replaced with something new already! 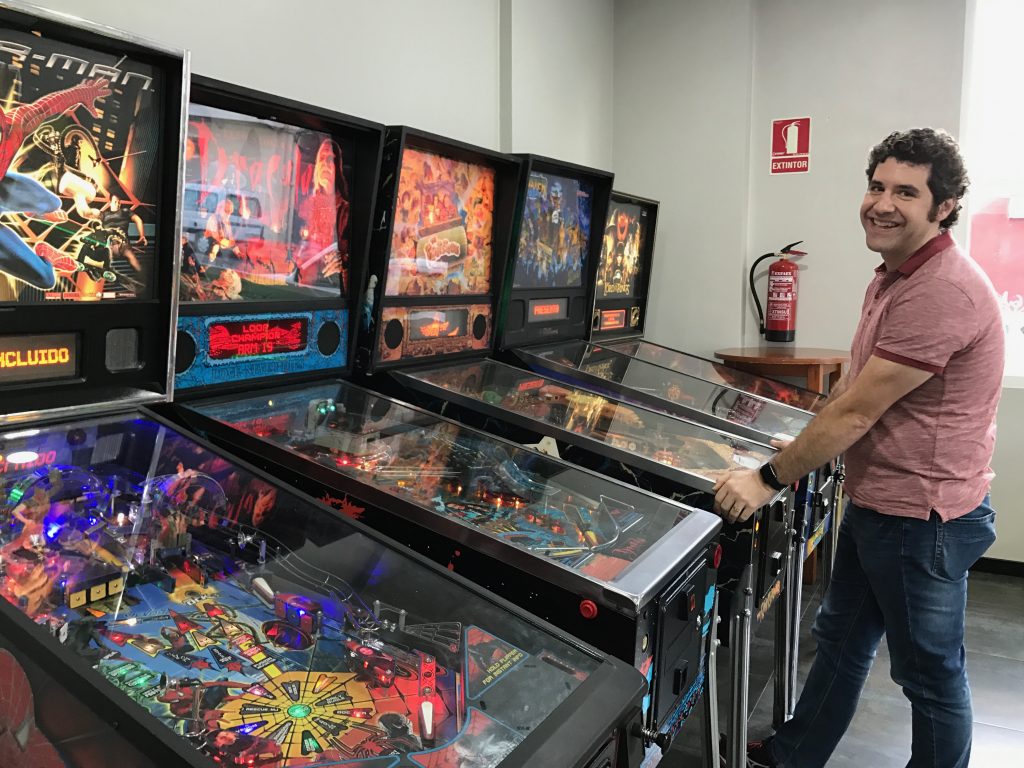