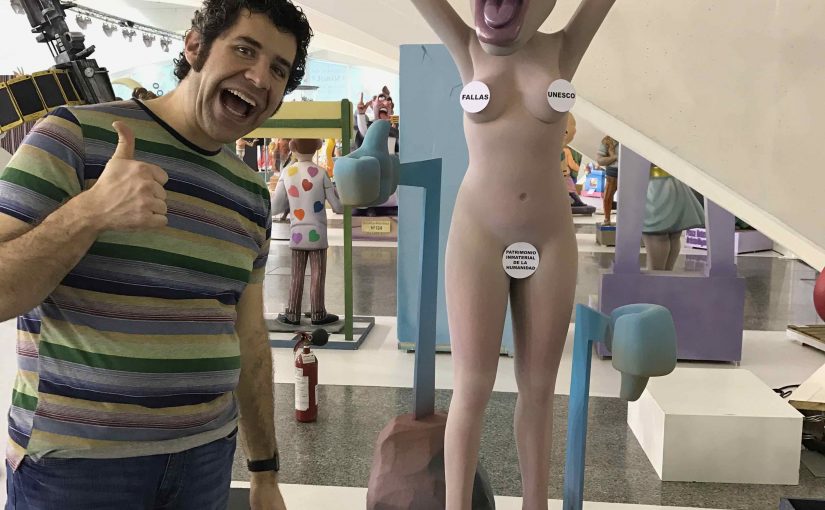 Doer and I accidentally stumbled upon the Exposición del Ninot 2017 when we dropped by the City of Arts and Sciences with our friend Wendy at the end of January. Most of the combustible figures are destined to burn the final night of the Fallas festival this Sunday; however, each year one of them is pardoned by popular vote, and it is destined to live in perpetuity in the Museo Fallero, which we visited earlier this year. The entrance to the exposition at the City of Arts and Sciences After the ninot indultado, or pardoned ninot, is announced tonight, the unfortunate remaining figures will