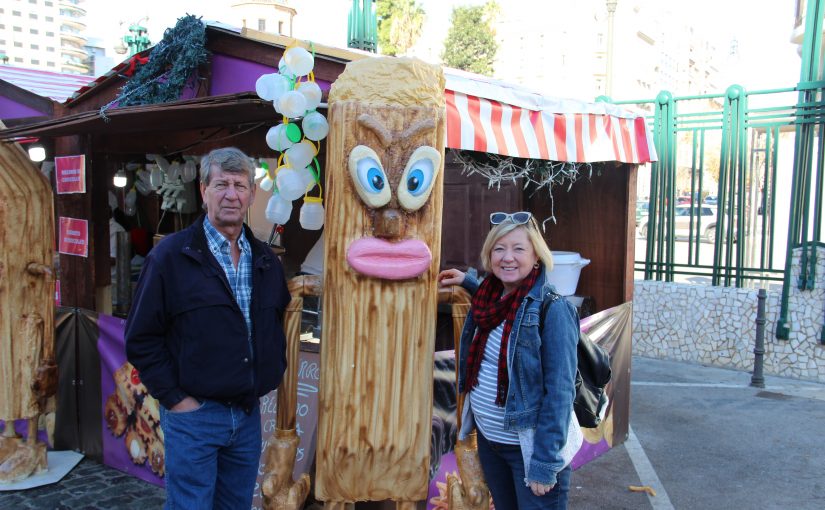 As lifelong Nebraskans, Doer and I tend to associate the holiday season with cold and snow. This year, we traded all of that in for sunshine and orange trees. And lots of life-sized nativity scenes, like the above display, which we came across in the city of Valencia. Though local Valencians have embraced their winter season with warm coats, hats, scarves, and gloves, most days Doer and I walk around in our mangas cortas  – short sleeves – and we’ve come to expect a refrain of, “no tienes frío?” (aren’t you cold?) wherever we go. Feels like spring break.

The last day of school before the break, my school celebrated the coming holiday with a series of performances – songs, dances – culminating in an adaptation of A Christmas Carol, which I co-wrote with one of the English teachers. Bon Nadal is Valencian for “Merry Christmas.”

That weekend, my mom and Jim, playing the parts of Santa and Mrs. Claus, arrived in Spain, bringing with them an extra suitcase full of the toiletries and treats that are difficult to find in Spain. I’m all for embracing a new culture, but dang it, I need my roll-on, clear deodorant and some decent peanut butter. 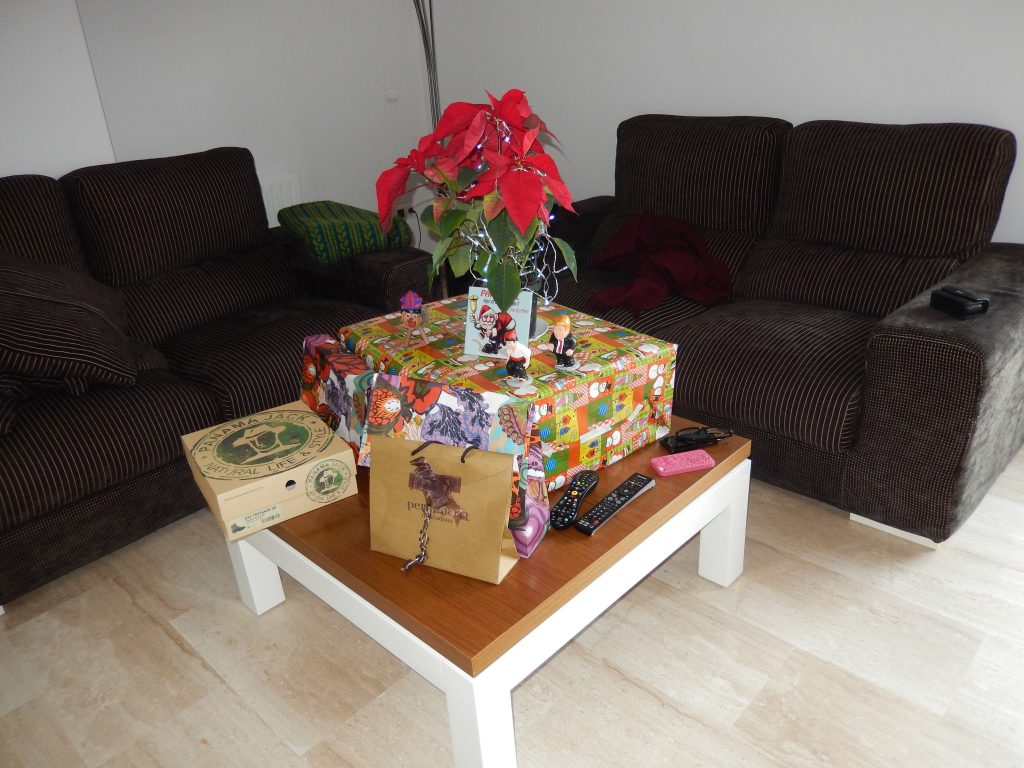 Not sure what’s going on up above? Check out Doer’s post about our return to Barcelona to bone up on Catalan culture.

Although we planned some trips, we did spend a few days near home. We used Mom and Jim’s visit as an excuse to visit the Clot de la Mare de Déu, a natural park near the sea in Burriana. 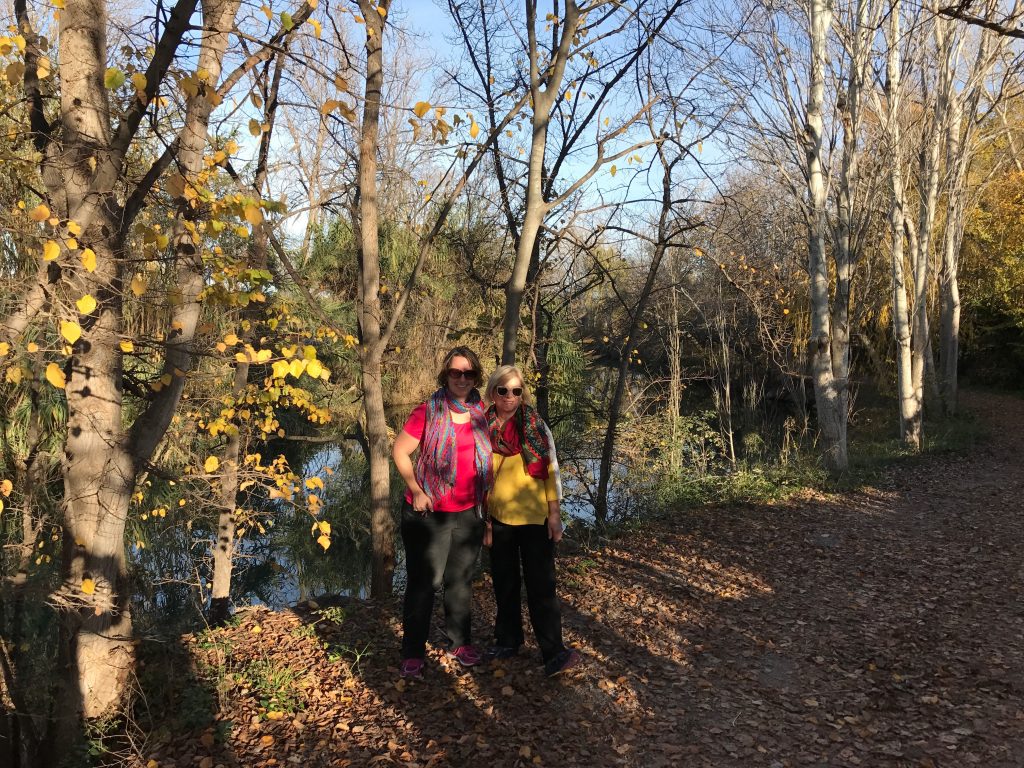 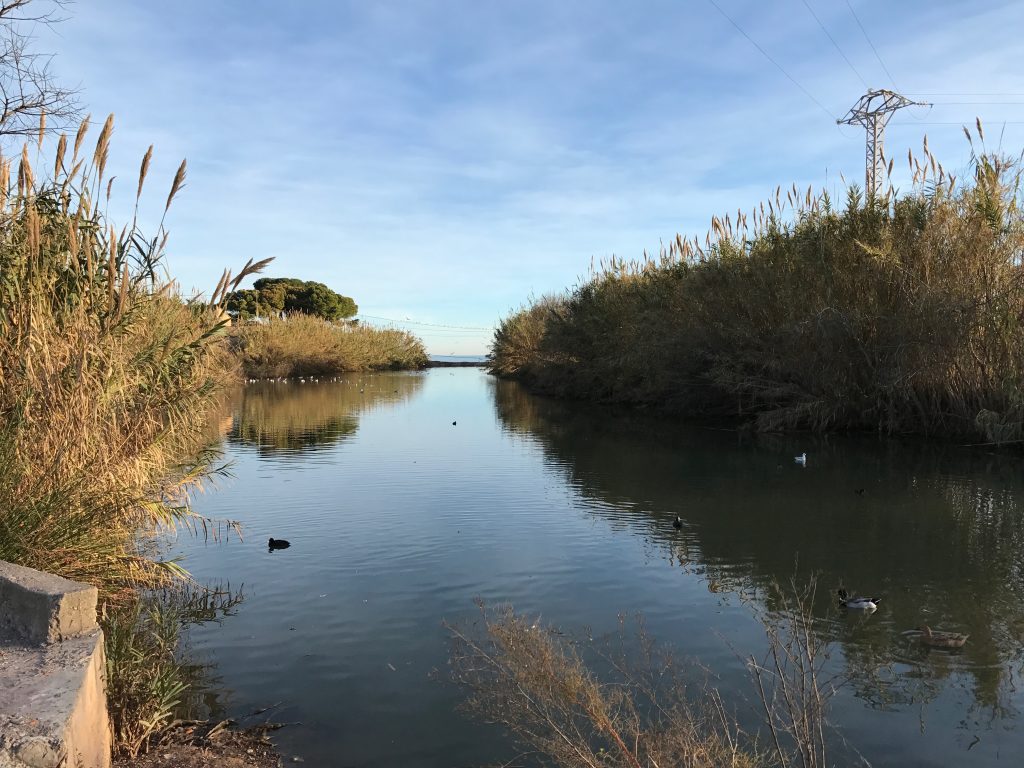 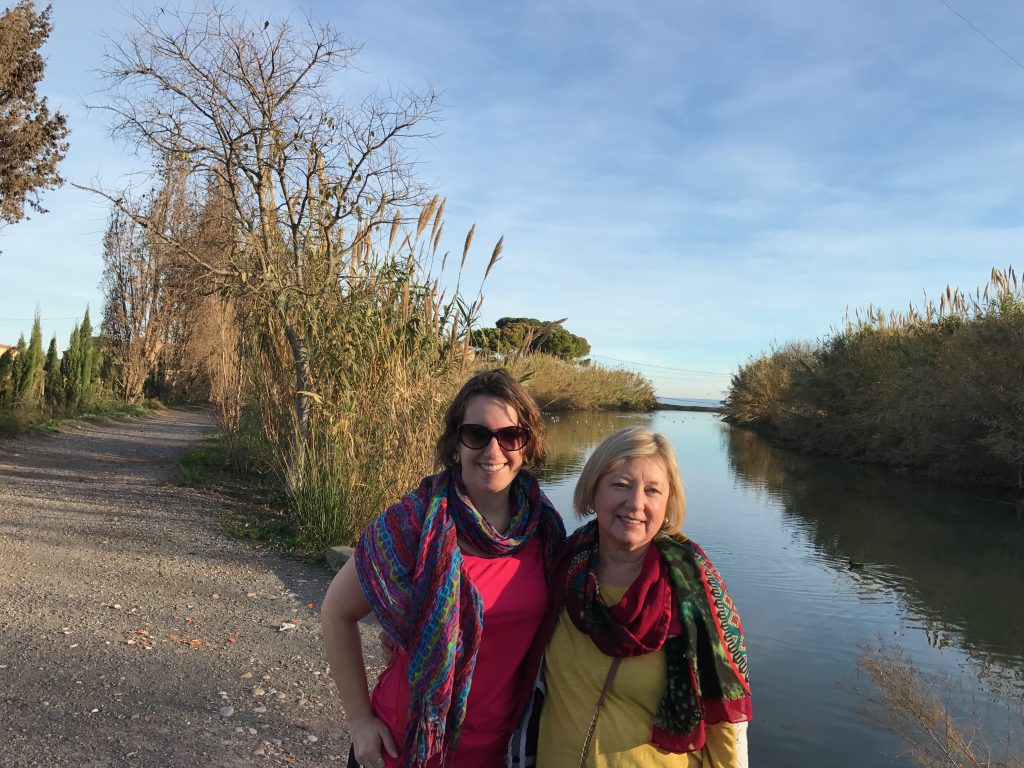 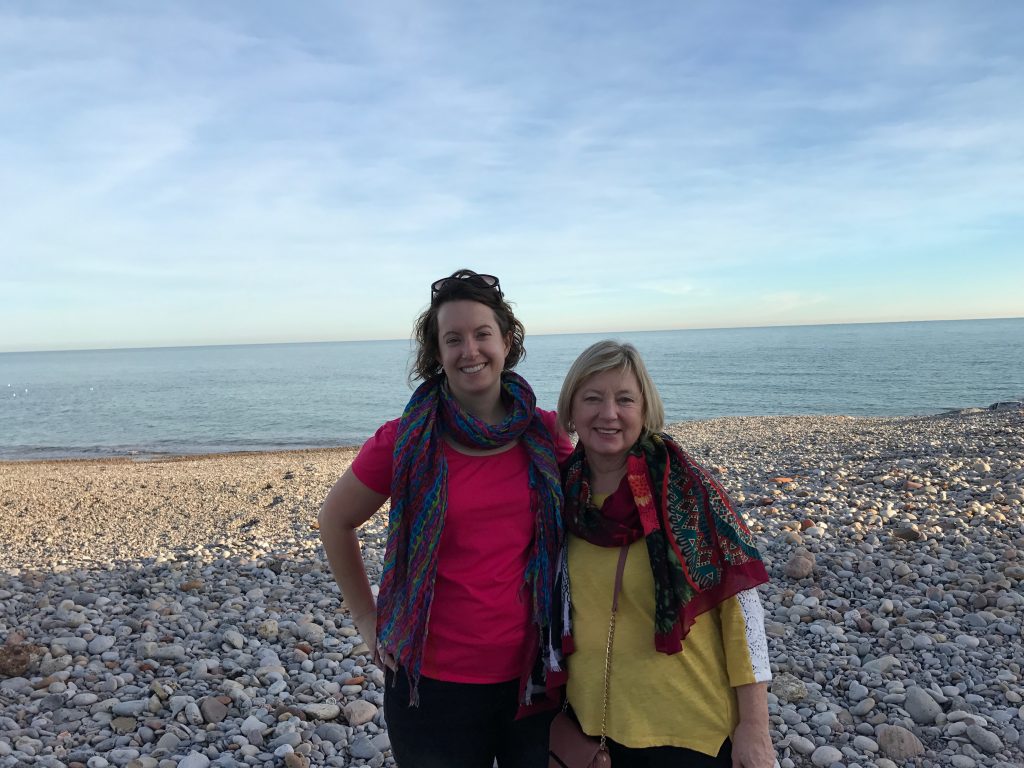 We visited Castellón de la Plana, the capital of our province.

We also took some time to show Mom and Jim around Valencia, the biggest city and capital of our autonomous community. 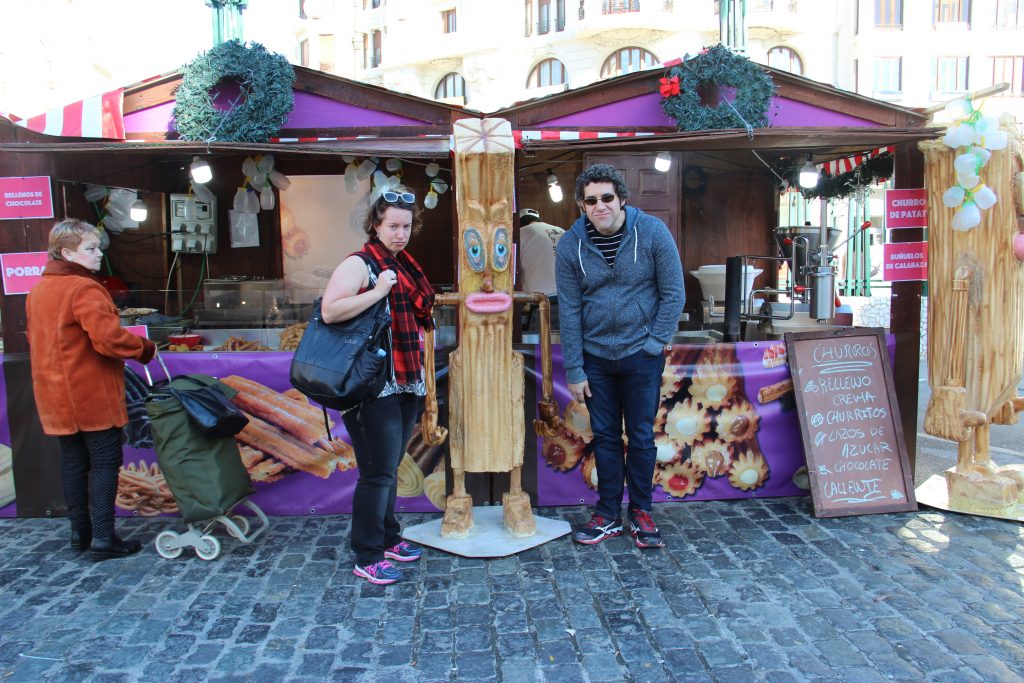 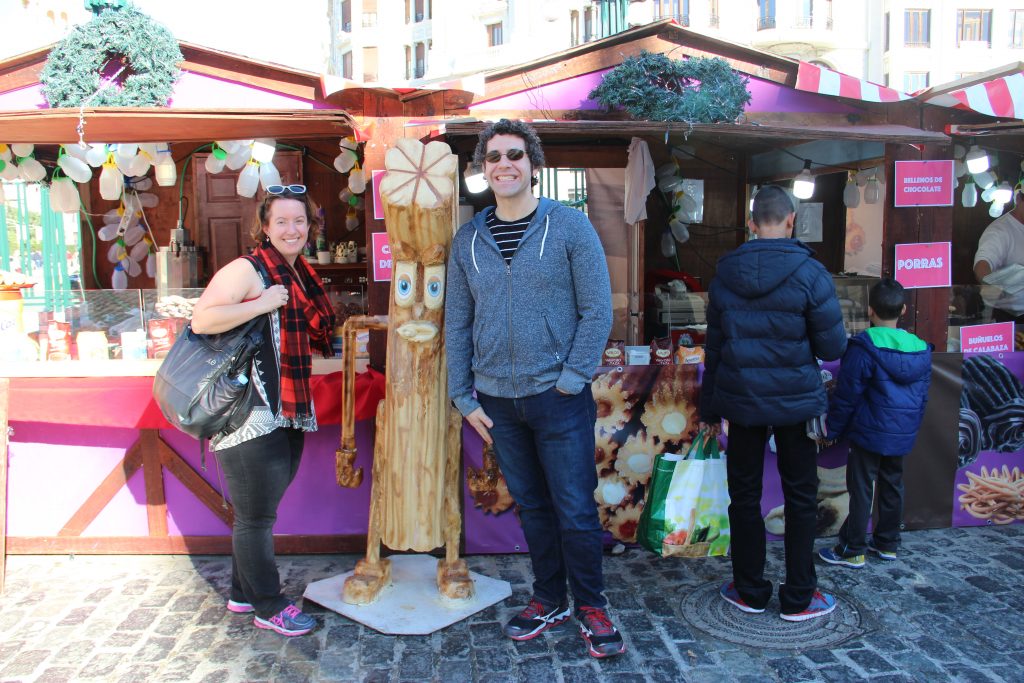 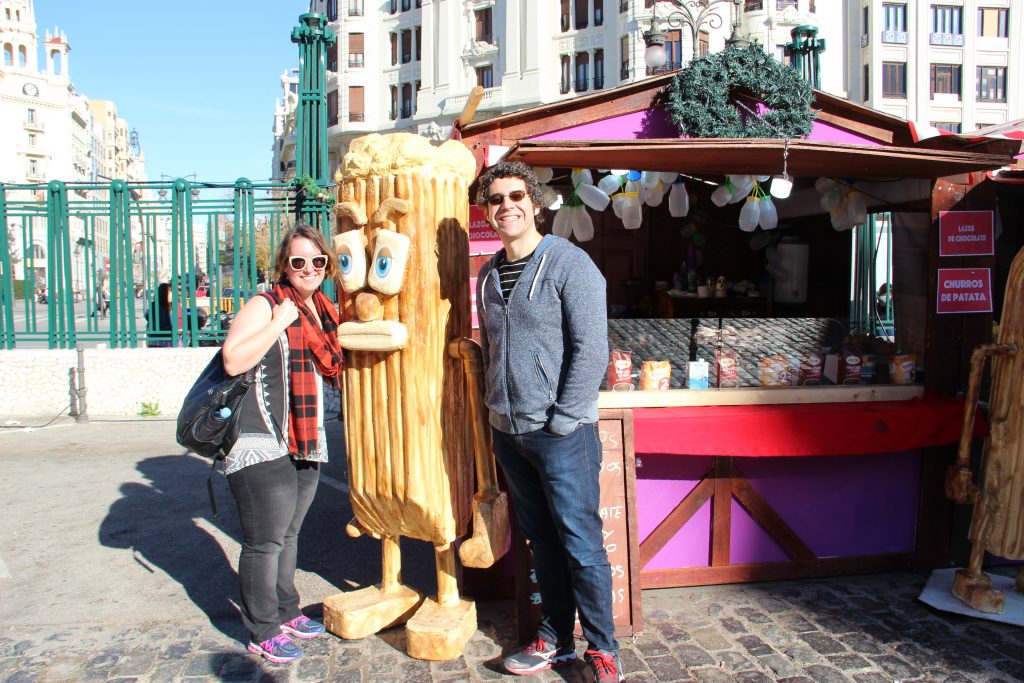 On Sundays, many museums in Valencia offer free admission, including the Serranos Towers, which were built at the end of the 14th Century as one of 12 gates that formed part of the ancient city wall. The towers housed an emergency aid station in 1936 in response to General Franco’s coup d’état that led to the Spanish Civil War. During the war, the towers also housed and protected works of art from Valencia and from the Prado museum in Madrid. 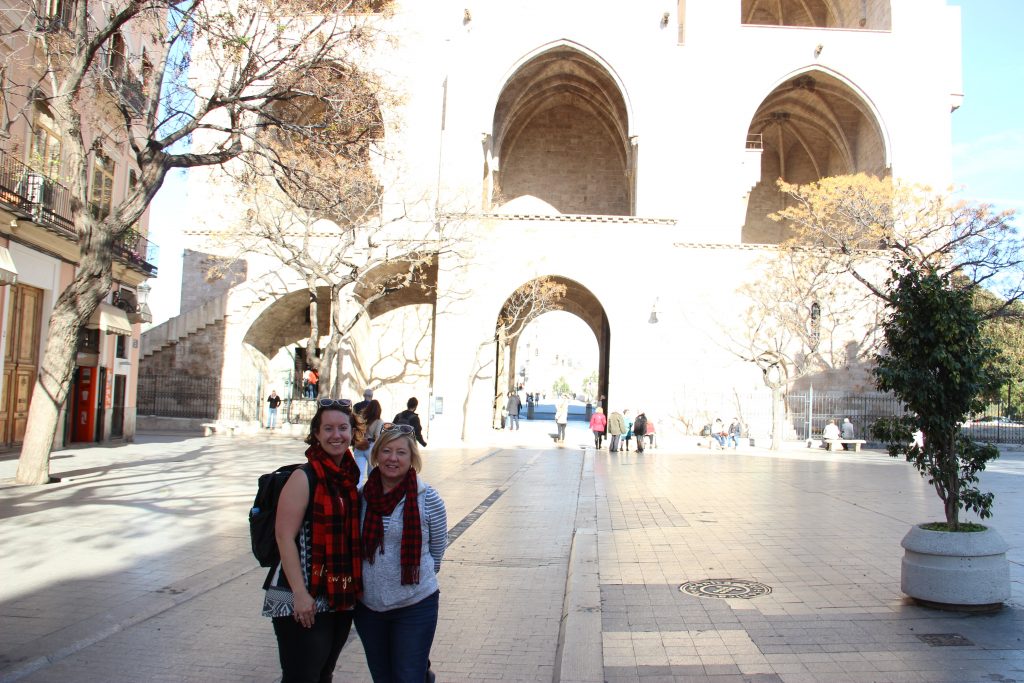 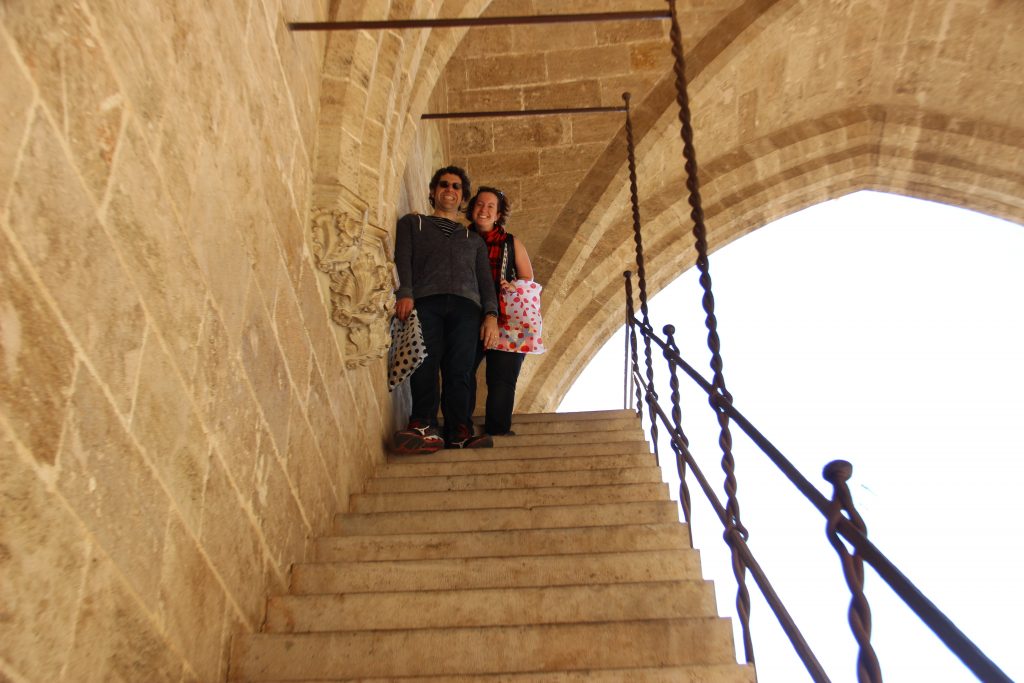 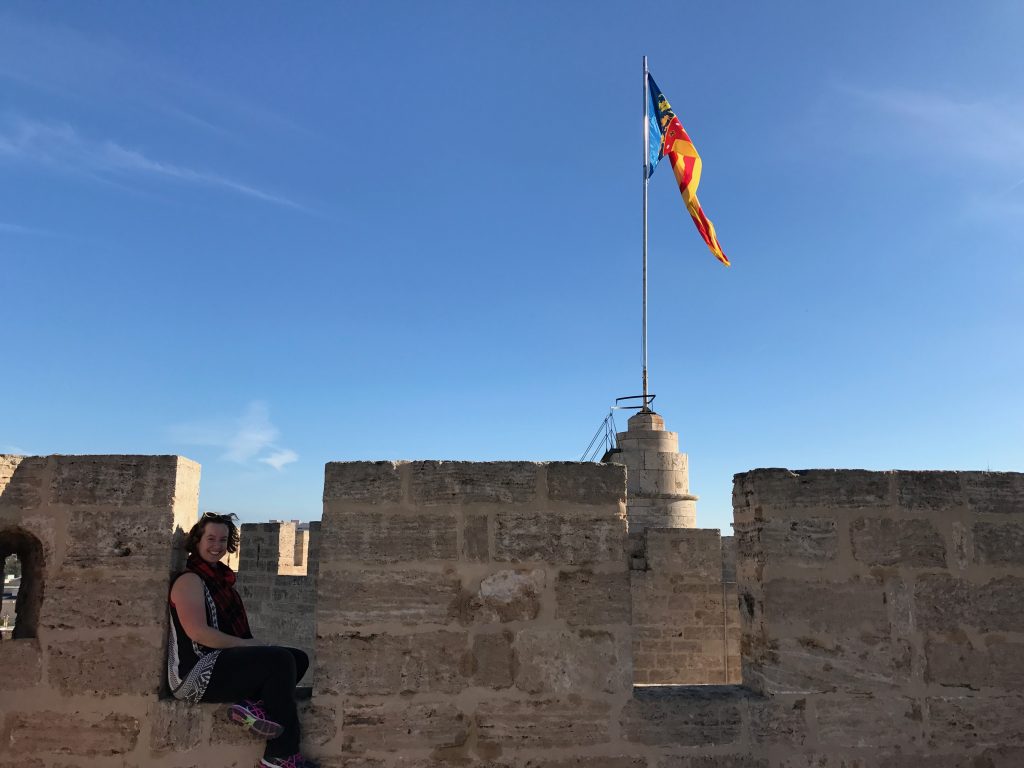 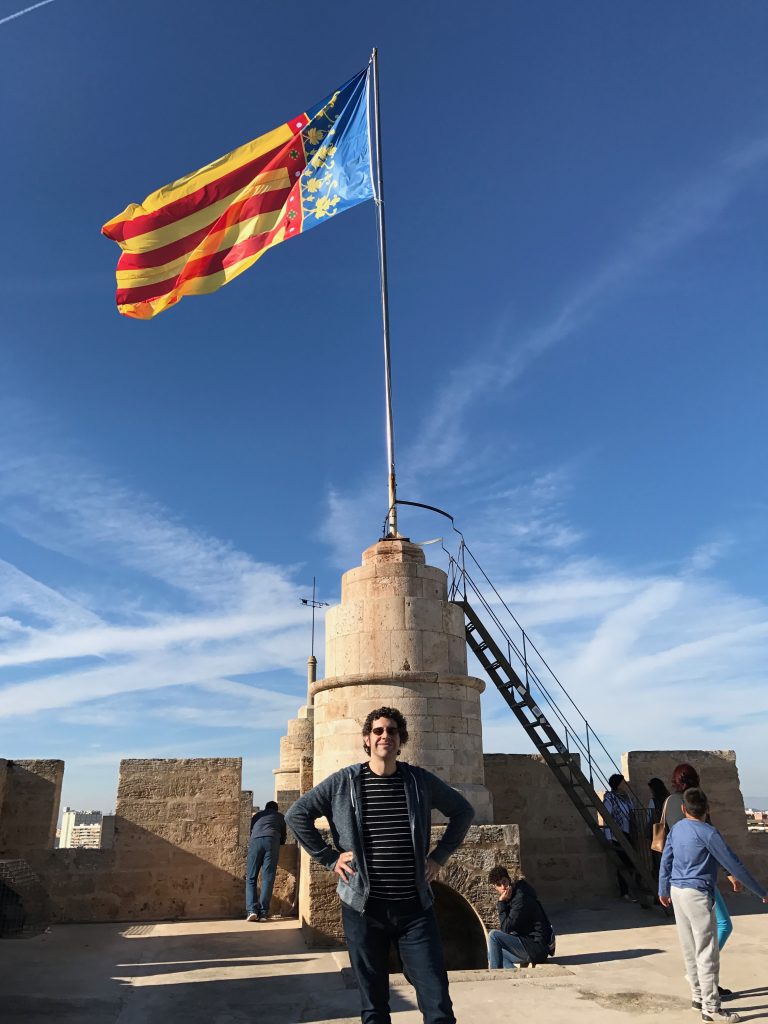 Of course, no trip to Valencia would be complete without a trip to the local tiki bar, Hawaika. I’m sensing a theme, here… 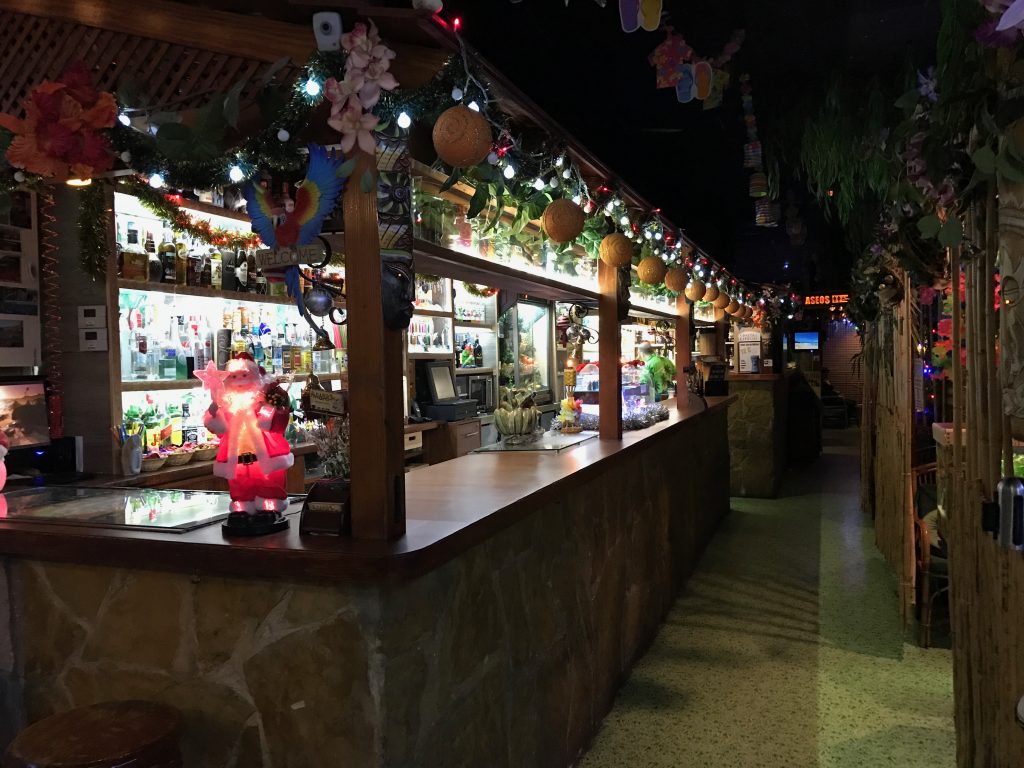 This last part is a little out of chronological order (sorry, Doer!), but I think it’s the best place to share a few photos from the day I went back to Valencia with Mom and Jim near the end of their trip, while Doer stayed home to work. I had been wanting to visit the Mercado Tapinería, which is known for its ephemeral stores, a creative space consisting of a collection of shops that change from time to time. I especially enjoyed a gallery featuring sticky note art. 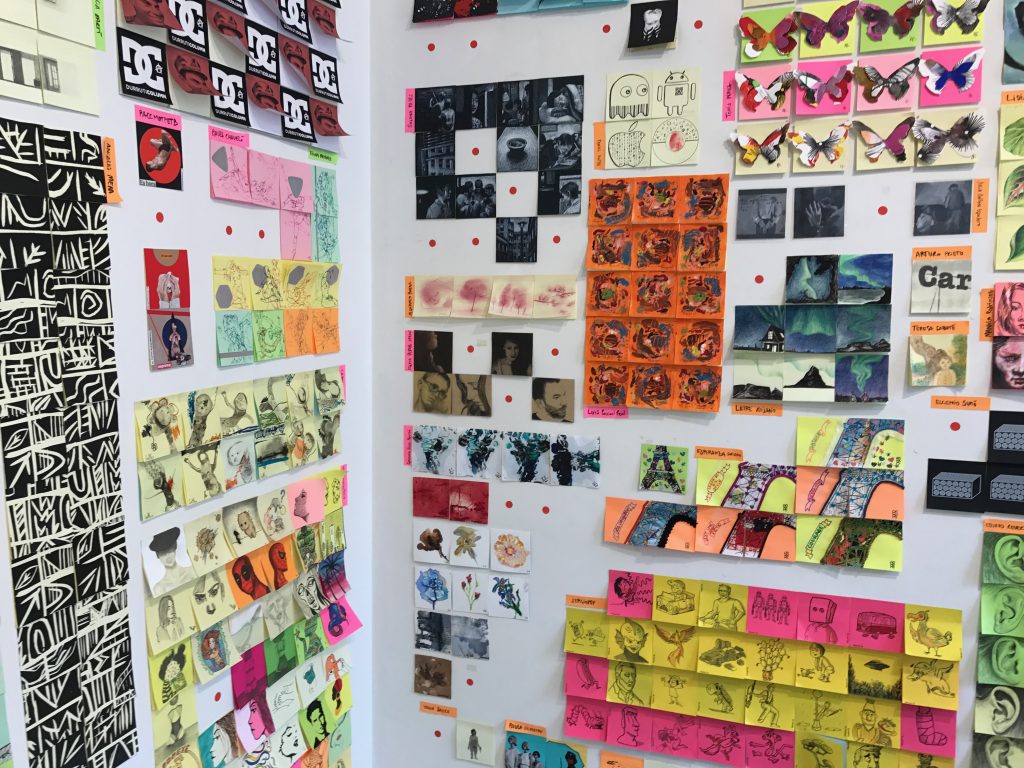 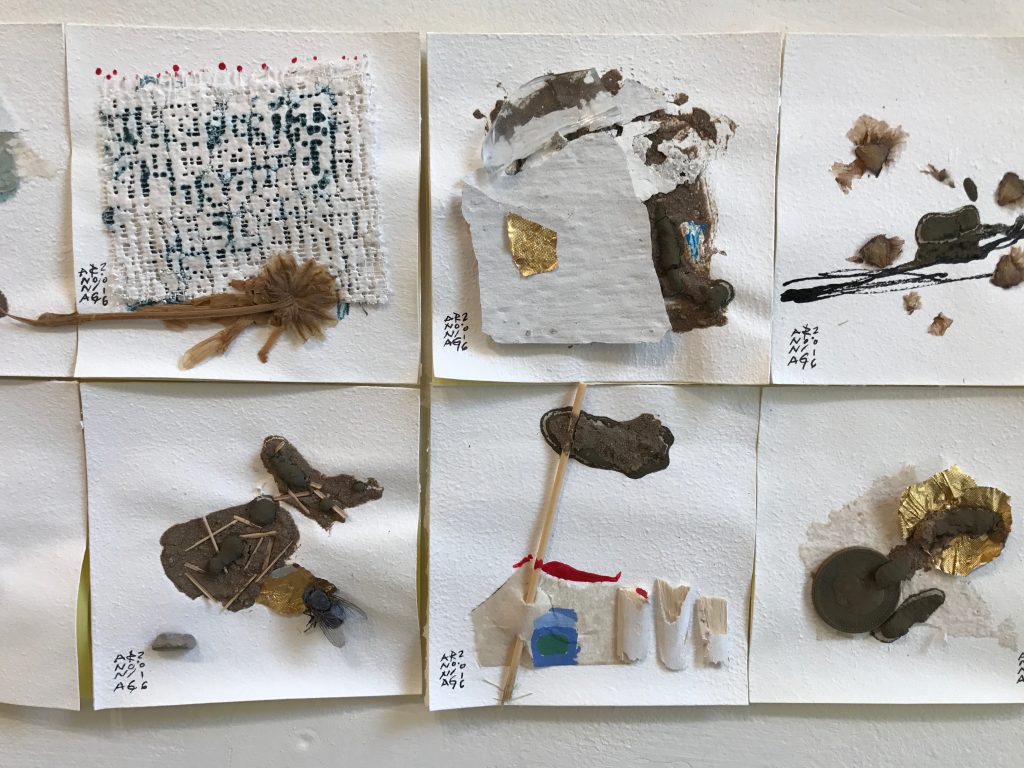 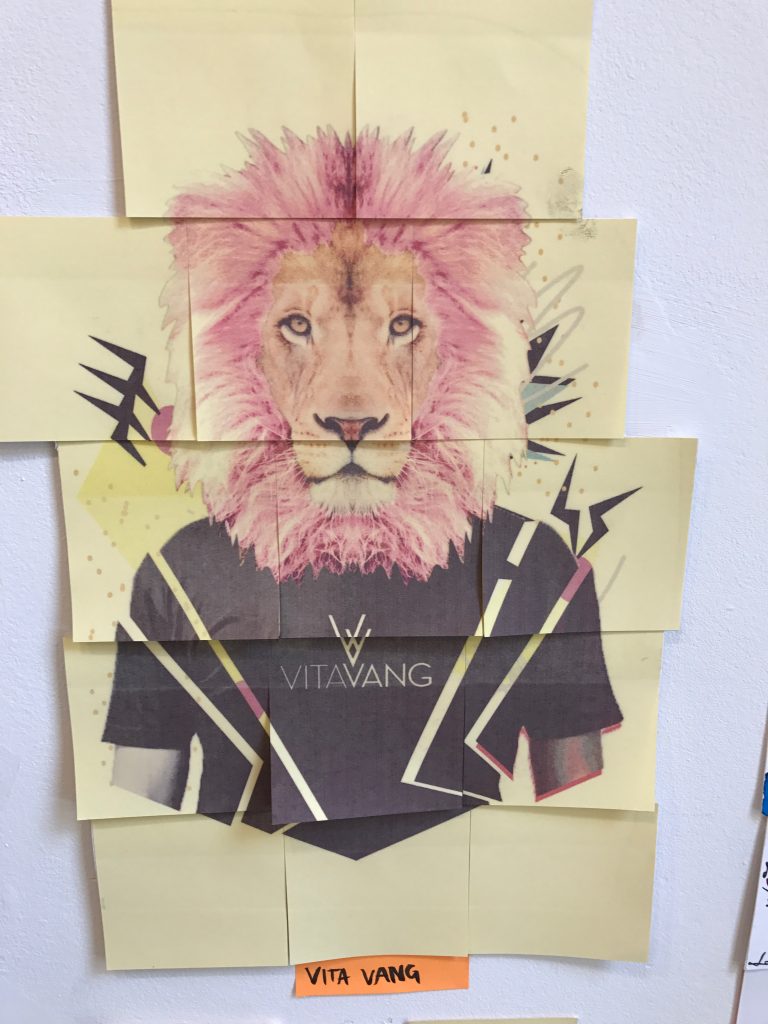 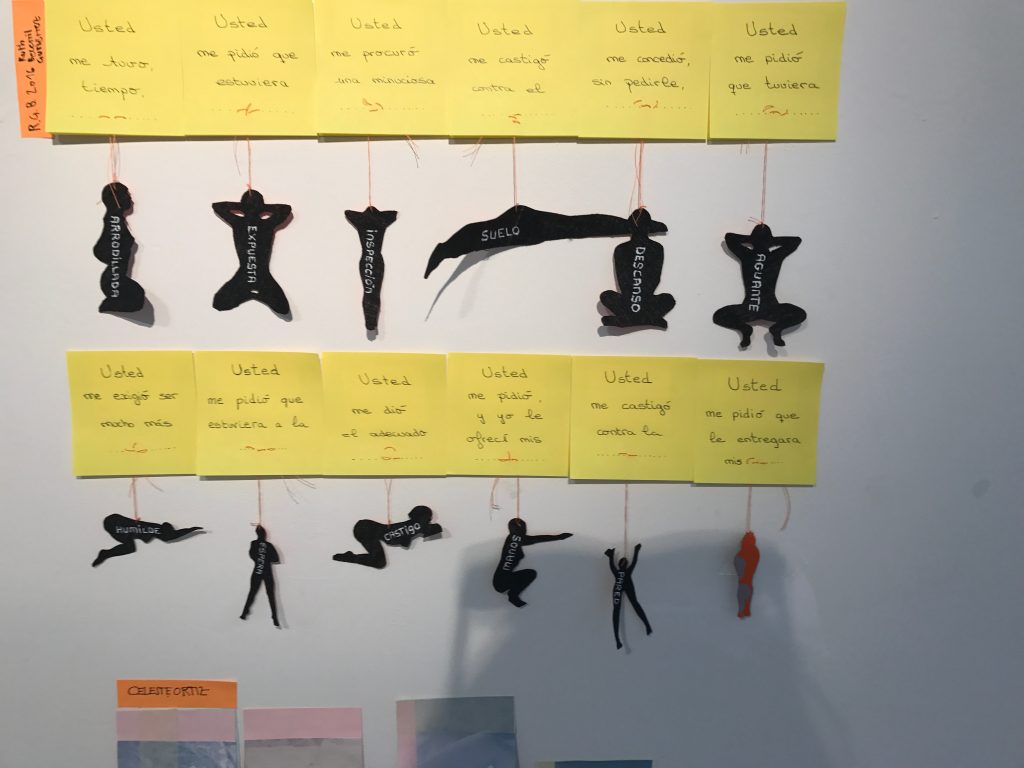 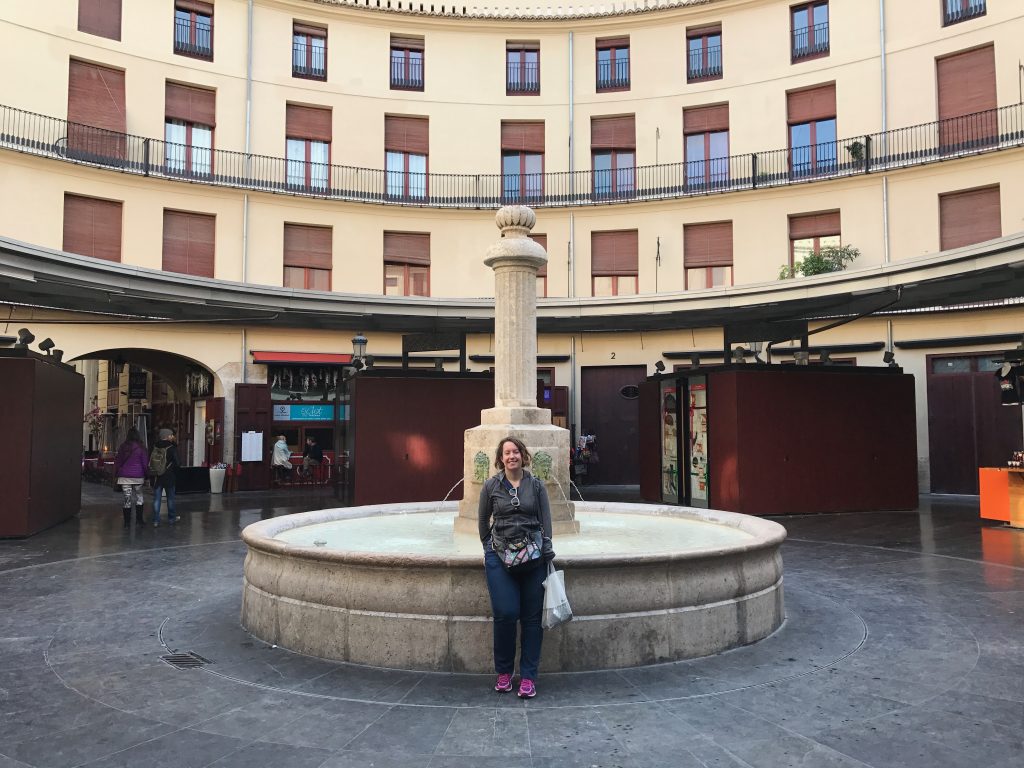 Finally: dark beers are difficult to find on-tap in Spain, but this local brewery did not disappoint. 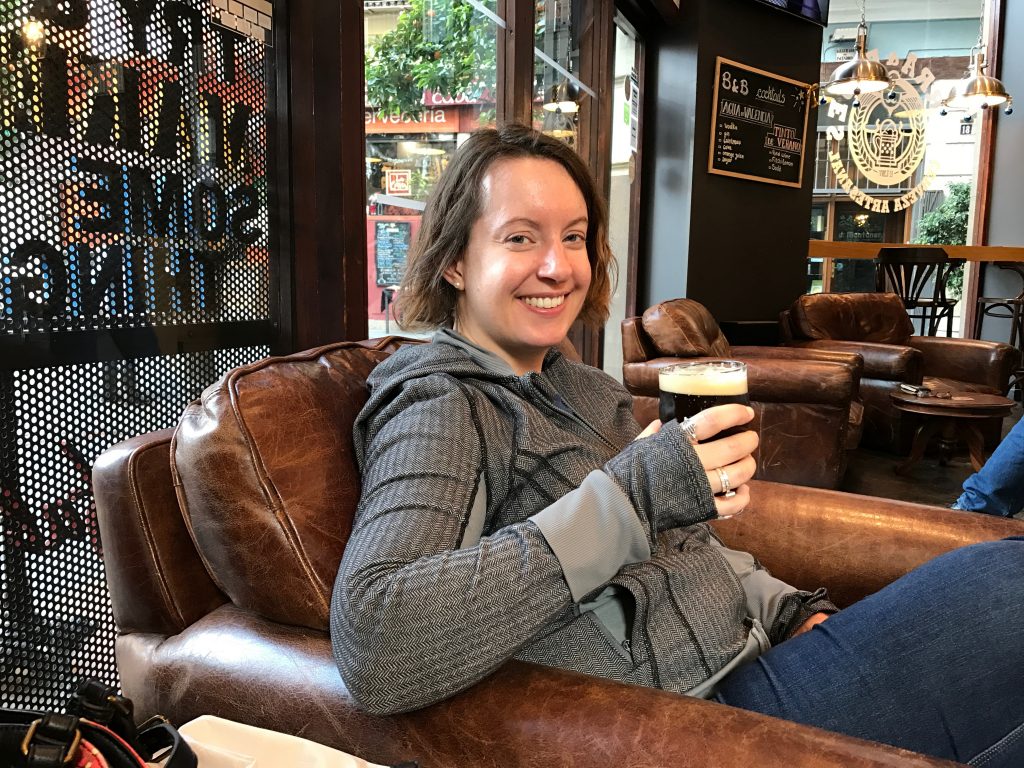