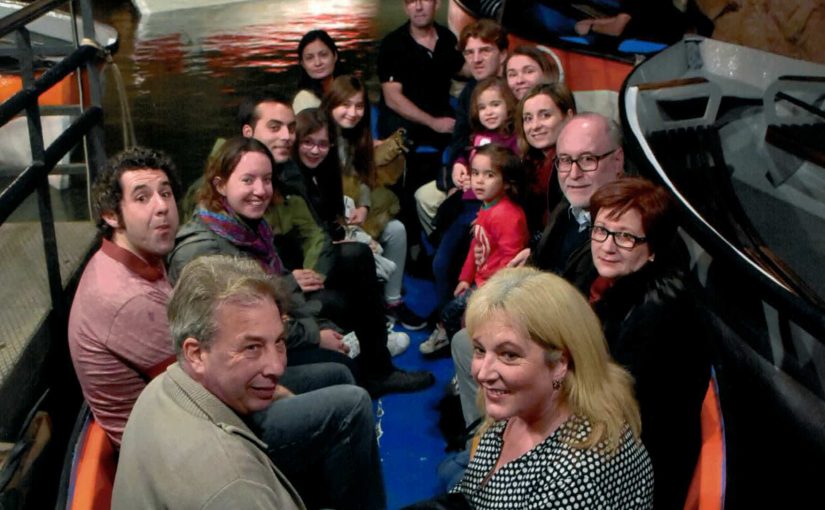 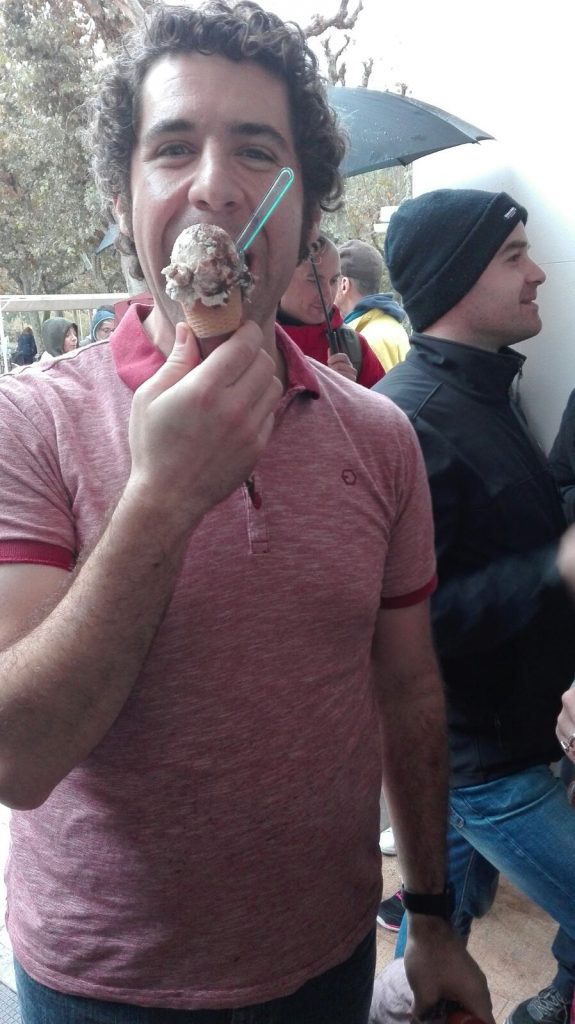 We toured the Caves of St. Joseph in the nearby town of Vall de Uxó this past weekend. One of those activities we had been waiting for a car to get to, this one did not disappoint. With my Spanish host family in town after Thanksgiving, we decided to give it a whirl.

Fun facts about these caves: they contain the largest subterranean navigable river in Europe, which goes so far inward that nobody has yet been able to trace its origin inside the cave. They have been known for over 15,000 years, and of course maintain a constant temperature of 68° F. I have been a big fan of guided cave tours in a boat since I lived in New York state.

Here are some translated pages about the caves.

Waiting in line for our 2pm tour, I was a little peckish and wanted to make sure I didn’t become hangry. This being a touristy area, I went to a nearby ice cream shop as the others waited in line and got a small cone (2 euros). About 5 minutes after I re-joined the line, it started moving. No problems at first: they took our tickets and we proceed through the cave to where the boats left from.

But right before we hit the boat, I found a scenic spot and attempted to take a picture. DENIED! Didn’t really understand why at the time, though.

As we were getting on the boat, I was clearly told I could not take my ice cream cone with me and motioned to the side where I could finish it. I was kind of expecting to be told this when they took my ticket. The only problem? The boat was now full and everyone was waiting on me. I had finished all of the ice cream on top, leaving just the sugar cone and ice cream inside. I wasn’t going to let my snack go to waste, though. Being a champion eater, I stuffed the whole thing inside my cheeks in 3-4 quick bites, then sat down to join my tour group, being careful not to choke on a very large mouthful of food. The expression on the employees’ faces was less than bemused – definitely one of those moments I was the obvious American in the room.

Still trying to chew and not choke, now it became apparent why we could not take our own photos in this part of the cave. I enjoyed the moment and smiled the best I could, knowingly making a silly face in the process. I could finish chewing later! Below, you can enjoy the result. Dreamer tells me this remains one of her favorite pictures ever. At only six euros after the tour, how could we not buy it?

Anyway, the cave was super awesome and I did not get hangry at all. Yay, ice cream cone!

Another funny story: it has been raining crazy hard in Valencia all week. When we went on Sunday, it was quite wet as you can see by the umbrella in the photo below. The level of water in the caves was so high that we did a lot of ducking as the boat went through. Writing this post a few days later, the website now says the caves are closed until further notice due to all that rain. Good thing we went when we did!

Dreamer has become quite the amateur meteorologist recently with all the rain, in fact. I mean, it caused SEA TORNADOES! The land version is definitely something we Nebraskans know something about…

And here are a few more pictures of us inside the cave to round things out. Be safe out there, Folks. We’re just praying for an end to all this rain. 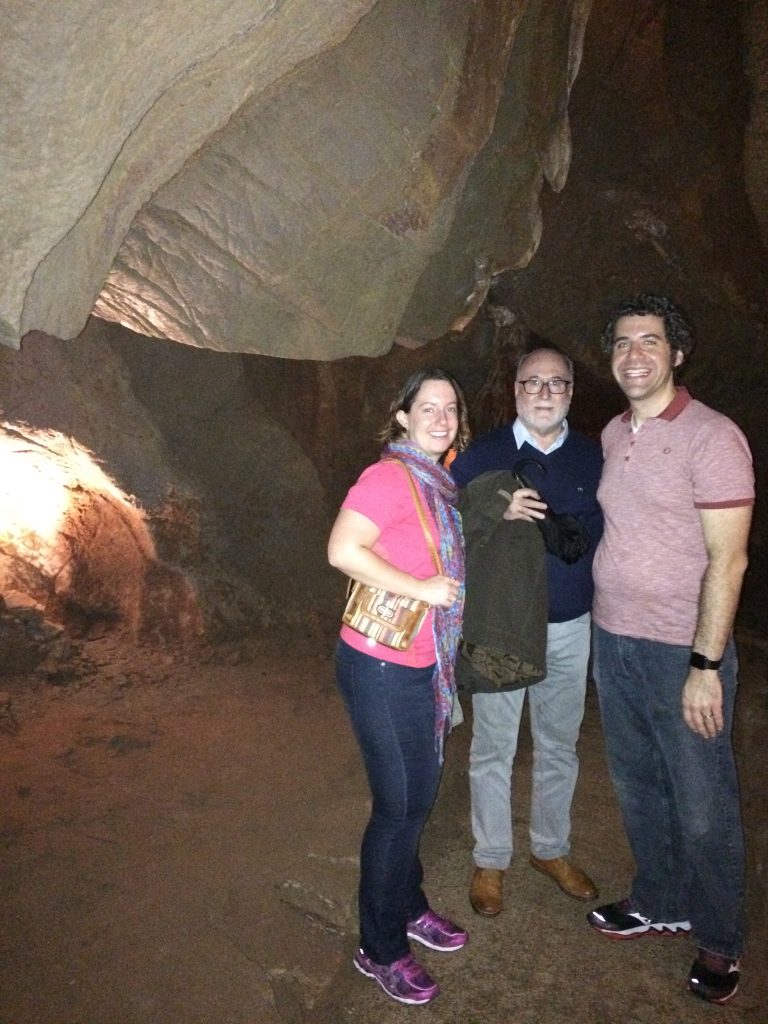 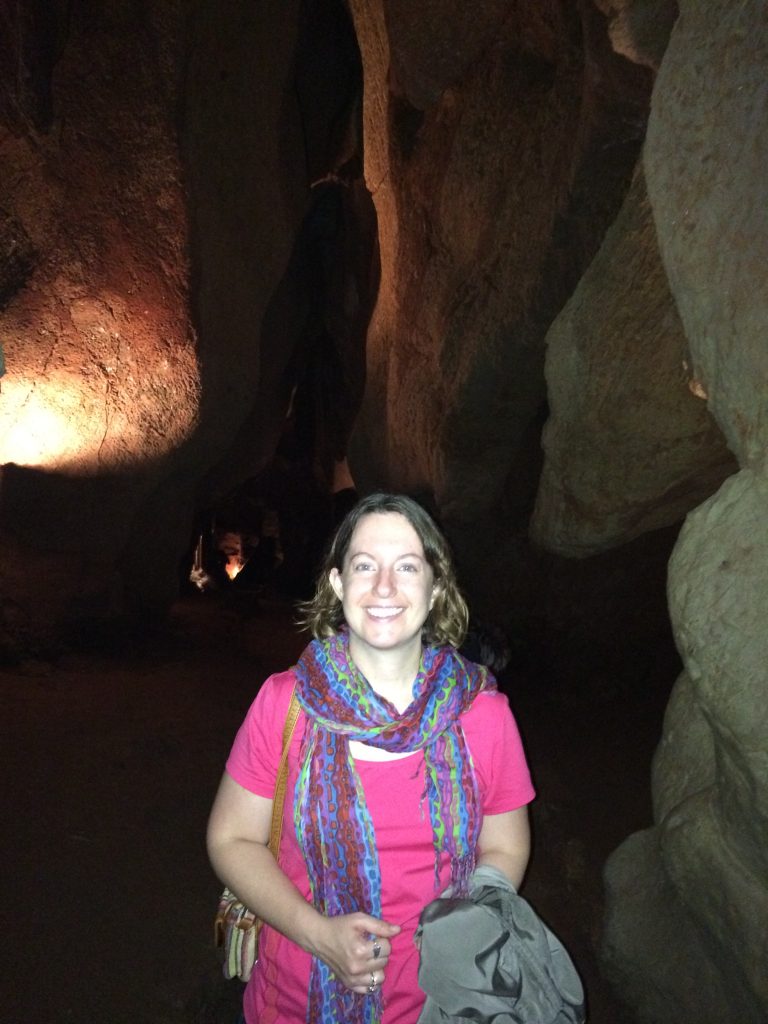