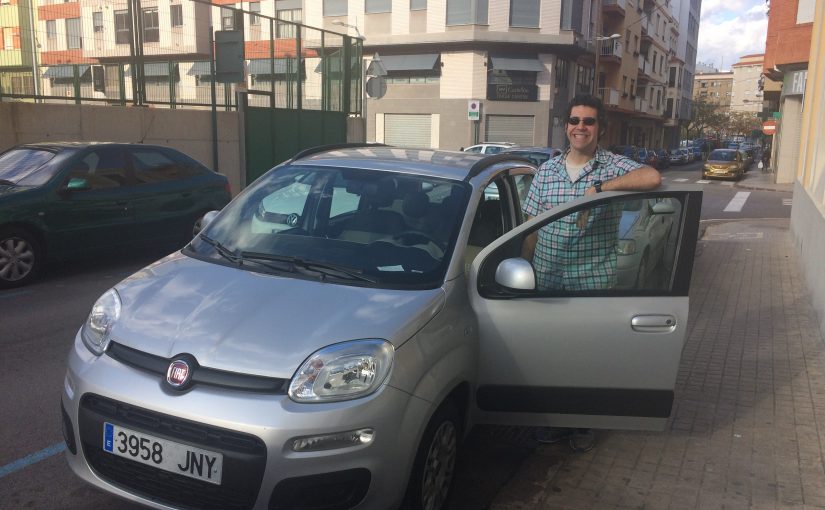 I have always been fascinated with mechanical things. As a child, I loved playing with LEGO building blocks and looking at the detail in the blown-up pictures of David Macaulay’s The Way Things Work. All of this is to say nothing about my lifelong fascination with every aspect of pinball machines, which as far as I can tell began with Sesame Street.

When it came time to pick a major in college, I only wasted one year under the guise of Computer Science before switching to the obvious choice of Computer Engineering, first making sure every class I’d taken thus far would transfer.

In different trips to Europe, I have always laid intense focus on the differing electrical system above all else. Being an engineer at heart, I can’t help but look in wonder at the different-sized electrical boxes here, the differences in every component of every fixture caused by the mains being at twice the voltage it is back home. And how did these standards come to be? Things I’ve taken for granted are not worldwide standards, in fact.

So, when we moved into our unit here in Spain, I took great joy in knowing we’d get to purchase a carrito – one of those little pushcarts that every old lady here takes to the market and back. Without a car to transport our purchases, it has become especially handy.

We spared no expense on such an important item, allowing the saleslady at El Corte Inglés – Spain’s most famous posh department store – to talk us into the top-of-the-line model of a brand we’d never heard of after a nifty demo. This model had pivoting wheels and collapsed down to nothing – can’t say that about your average Rolser! Weeks later, Dreamer and I found literally everyone else here has a Rolser of average quality and they sell them in pretty much every shop. Even the Spanish postal service, Correos, gives one to each mail carrier branded with both logos. The most basic model would have been fine, but nonetheless, we have enjoyed joking about the experience and enjoying our premium model carrito that cost four times as much as what everyone else here was using.

Except for one problem: months after the saleslady showed us that slick demo, I had been unable to collapse the cart quickly and easily like she did. The carrito had been standing up at full height, taking up lots of space in a corner of our smallish kitchen. As an engineer, of course this bugged me. One day, I spent nearly 10 minutes looking for what I’ve now termed the cartoris. Not that I have problems in that area, mind you. And also, my hands are yuuuuuge, let me assure you. Just ask Dreamer.

Anyway, I am pleased to report that I can now expand and collapse our cart at a moment’s notice; it just required a little bit of practice. This was not my first time applying a little engineering theory to fully understand how a machine operates, nor was it my last.

And that, my friends, brings us to what has been both my obsession and terror for the past two and a half weeks: a rented Fiat Panda that very typically exemplifies a modern low-end European car. Like many American kids coming of age in the late 1990s, I did not learn to “drive stick” as part of my driver’s education, nor at the hands of my parents. I also did not grow up on a Nebraska farm where this might have been a necessity. My father attempted to teach me the basics at one point, but both of us quickly abandoned the lesson as it was something I would likely rarely use. It was certainly not top of my list as something to accomplish.

Arriving in Europe, though, and thinking about the possibility of driving most cars I’d encounter here, I knew I’d probably need to give this another whirl. I was mentally committed, in fact: the proportion of cars with manual and automatic transmissions here are completely flipped from what they are in America. It costs a lot more to rent a car with an automatic anywhere in Europe, if you can even find one.

After we got settled in Burriana, I made it a goal of mine to finish learning how to drive stick. It would be more difficult because I was dealing with European roads as well, but I knew I had to work to succeed. Dreamer was dubious, of course, asking why we couldn’t just always rent an automatic.

In the end, I went to a driving school close to our apartment and paid for two hours of the instructor’s time to learn the basics of working the clutch. Though I joke that the last part of his name must be short for joder – a Spanish curse word – my instructor, Juanjo (actually short for Juan-Jose), was genial and patient with me the entire time. I still remember his chants as I work the gears: tranquila, más suave, pisa, freno freno…

Unfortunately, all of this instruction took place over a month before I actually had a chance to rent a car here. Those first few days, I was repeating these words countless times as I killed the engine in stop-and-go traffic. There was a strong temptation to blame the cheap car and its tiny engine for any problems I had, but in the end, I think every issue I had can be attributed to my own unfamiliarity or nervousness at dealing with narrow Spanish roads, an excess of roundabouts, differing signage, and so forth on top of all this new transmission stuff.

My YouTube viewing history became rather predictable, of course. Parking garages quickly became my hangout spot as I mastered starting from first and starting on inclines. In one particular moment of frustration last weekend, I actually forgot to offer to remove Dreamer from the car for the first 10 or so runs, circling around a garage in Valencia. She was looking a little green before I finally stopped and made the offer for her to get out and wait while I continued practicing. Sorry, Honey!

In the end, Dreamer suffered through a few scary moments over the past few weekends, in exchange for going places in the car we never would have been able to get to by train alone. You will read more about those shortly!

I will not say I am an expert by any means, but I can now drive stick. Yesterday, while driving straight through the center of Spain’s third-largest city, in a historic torrential downpour, in the dark, with three passengers in tow, is when everything finally clicked. I could do this.

My inner engineer now understands concepts like rev matching, and most importantly, I have the “feel” part down much better. Pretty much everyone will tell you this is the most difficult part to learn when driving stick, and I will not argue. Now let’s just hope it’s like riding a bike, because this thing is going back Friday and I doubt we’ll rent a car again for another month or so…