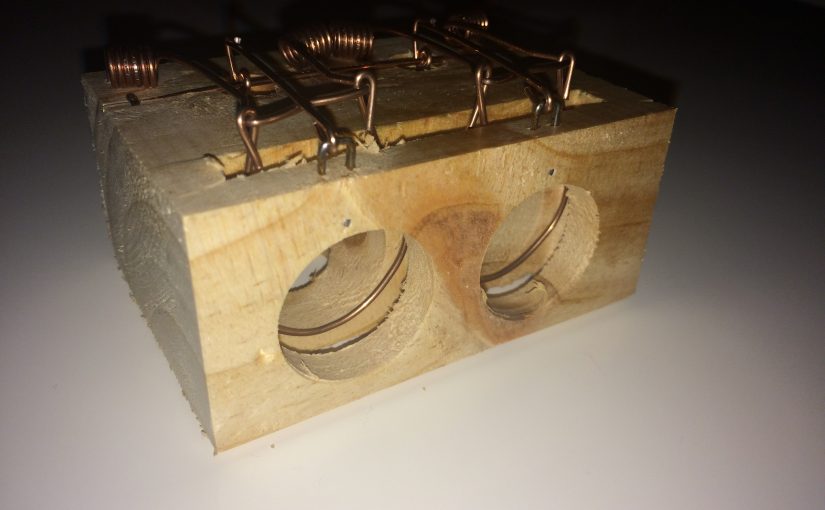 The past few days have been trying. Kudos to Dreamer (seriously) for keeping her sh*t together while we knew we had a mouse in the house. Remarkably calm knowing this info.

Incidents like these really help me cement my Spanish vocabulary:

ratón – a mouse, also the thing you use to move the pointer on a desktop computer

rata – a rat, which is definitely, thankfully, NOT what we had

When I first saw the little grey thing skittering across my office floor into the hallway, I was in disbelief – so much so that I did not follow its remaining trajectory and thus lost track of it. But mostly, I wrestled with the question of whether to be honest with my wife or not. My honest nature won out… as did Dreamer’s protective side, of course. Every interior door was to remain closed until further notice and a towel placed under the door to the Inner Sanctum (our bedroom). No rodent getting in there, nuh-uh, no way.

Upon entering said Sanctum, there I found Dreamer on the bed, half-sobbing.

“But honey, we have mice there, too.”

What could I do but offer to go out and buy mousetraps that very night? The Spanish kind actually seemed kind of clever – harder to snap your finger in unless you really tried.

After the first night: nothing. I tried to convince us both it showed its way out, but I knew better. Fall is clearly here, after all. We left the traps out and the doors remained closed, of course. Dreamer set her sights on identifying potential openings where it could have got in. Occam’s Razor? The patio door left open from morning to night. No more! Apparently being on the seventh floor does not deter a determined rodent.

But on the second day – oh, the creature had met his match. I awoke to a kitchen counter covered in mouse turds and now I knew it was personal. Like Dreamer previously, the creature had eff’ed with my space now and had to be removed. Off to the store again for some rodent glue, which I fashioned into about 10 traps on scraps of cardboard with a nice final treat of my succulent persimmon cake in the middle.

As I was setting out the new glue traps, I decided to check on the spring traps. The bait was missing in all but one. What a well-fed and crafty varmint! Grabbed the bait without setting off the traps.

This morning? Nothing still, but one of the spring traps had gone off and the glue trap behind the microwave was definitely moved: the thing must have gotten at least a little bit stuck before freeing itself. Plus Dreamer had moved all of my kitchen things onto the center of the kitchen table, following her instincts. This is when I knew it absolutely needed to stop.

Working in my office this morning, I was enjoying the rare peace and quiet –no whistling lady in the courtyard, no construction noise from the unit across the way – when, to my surprise, I heard a scratching noise. The thing must be behind me, from whence I originally saw it come.

We had been willfully ignorant of our artist landlady’s pile of old art stuff, promising to go through it this weekend in case the varmint was hanging out there. But I’d had enough and couldn’t wait any longer: if it wouldn’t come to me, I’d come to it. I hatched a plan involving art supplies and tupperware.

I cleared away enough things and found the box it was hiding under. Quickly, I built myself a bull ring of sorts – thanks, Spain! – then released the varmint into it, quickly clamping down with the tupperware as it was out in the open. The tiny creature knew it had been defeated.

Testosterone surging, I sent a rather triumphant video to Dreamer, who was in the middle of teaching and therefore left me craving that validation for over two hours. By that time, the thing was long gone and our apartment again a safe haven for humans.

We will never forget The Great Rodent Epidemic of October 2016. Plus, it could have been worse.