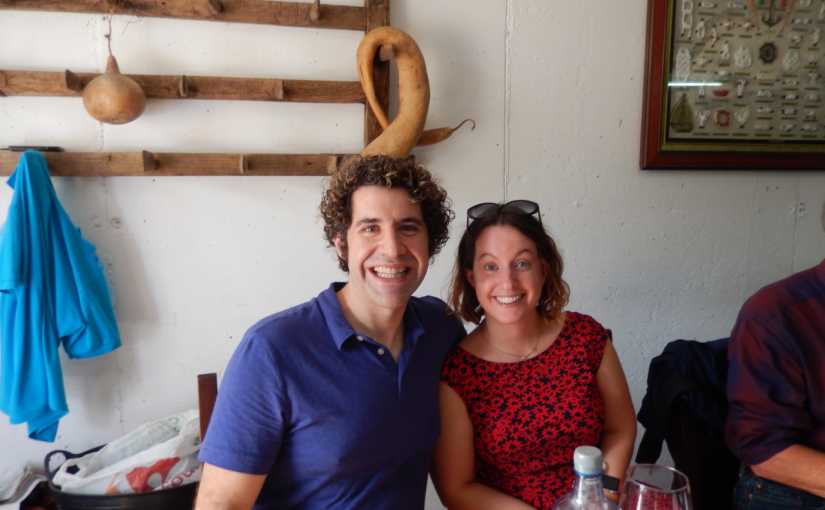 And so, we arrive at the furancho [link in Gallego! here is a translated version], and Saturday in Galicia. We had been promised an amazing lunch, and this one did not disappoint.

All of our friends from the night before were there, plus a few others. We did not grab a picture of the lechón (a young lamb) hanging near the wine fermenters the night before, but it was quite a sight and hinted at something big in store. I had previously asked to see the cooking process, and sure enough: at one point midway through the meal, I was ushered to a nearby bakery where the lamb was slow-roasting in the bakery’s oven. Yes, it was as delicious as it looks. 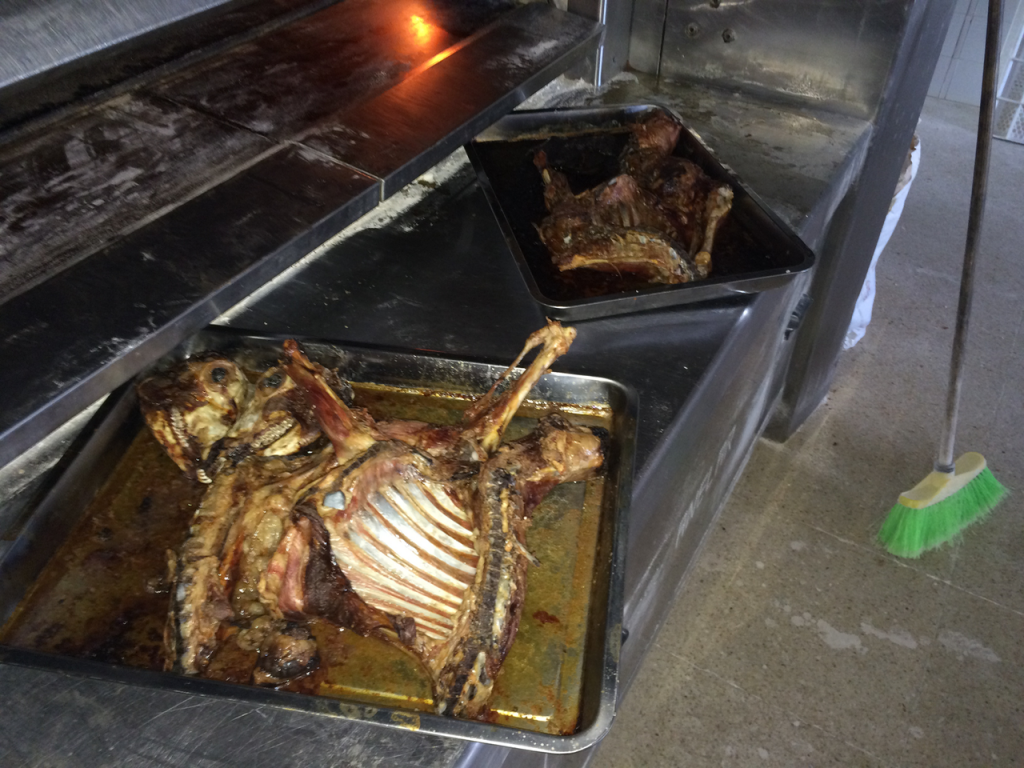 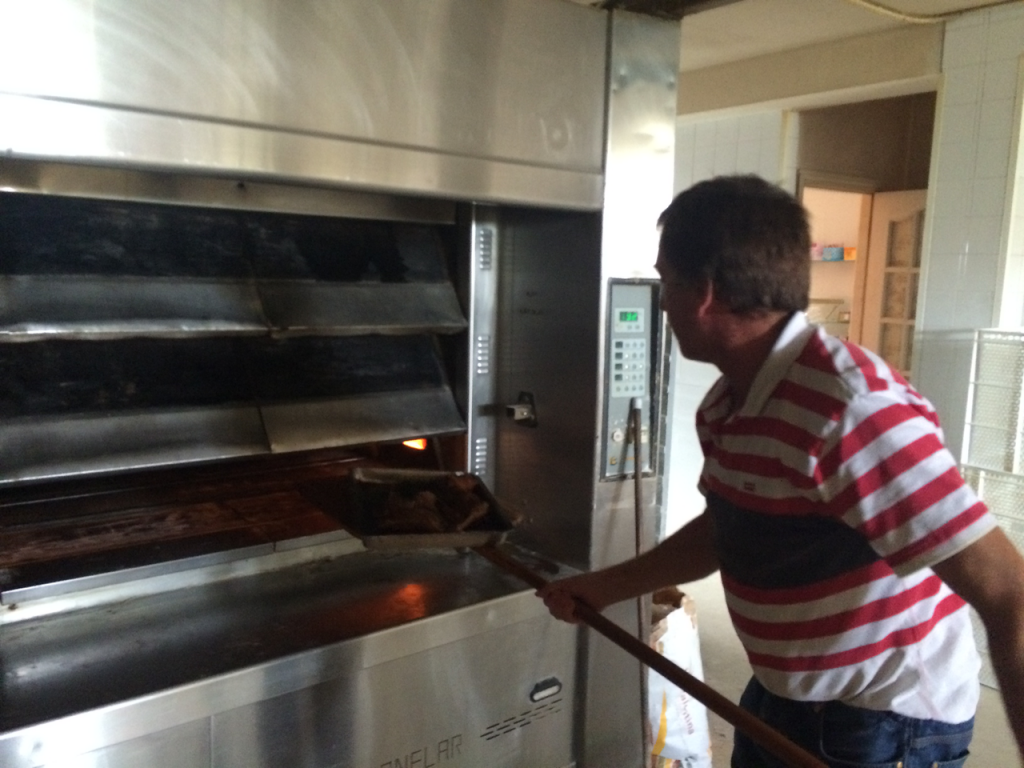 As I previously said, the customers contribute food items to go with the wine they are buying. Besides the lamb, we had hake from Carlos, one of the attendees who is a local fisherman. And not just parts of the fish you could easily get in a market, but two delicacies: kokotxas (a boneless but incredibly flavorful part of the head from under the jaw), and the roe sacs from many females. It is a rare thing to have such a generous platter of kokotxas set in front of you, since each fish has just one. This bounty represented about fifty fish, we would guess – an opportunity only the right connection to a fisherman can afford!

The kokotxas were breaded and fried and served atop a salad prepared by Mr. M’s sister, Conchita. Conchita is one of those Spanish cooks who do everything purely by feel, and whom yours truly was so dying to meet. She will return soon in another post! In the center are “eel” noodles (gulas) and Conchita’s savory rendition of salsa yogur, which is kind of like the Spanish version of ranch dressing.

Served alongside this were the egg sacs, boiled, chilled, and served in an escabeche: a vinaigrette with bell peppers and onions. Delicious with bread, the dish took on a texture almost reminiscent of a semi-soft cheese. Many of you will not be surprised to learn I am a huge fan of caviar and such, and this did not disappoint.

But this was just a starter, as the main meal was yet to come. Remember that young lamb? By now, it was being put on platters with potatoes for our immediate enjoyment. Manolo, the owner of the furancho, was kind enough to set the platter with the goat’s head right by me. I felt self-conscious taking an entire half a skull for myself, but I was told that I was likely alone in my preference, so I should go ahead. The brains and tongue were delicious, BTW.

Desserts from the local bakery followed (our contribution to the feast): bica, a buttery pound cake, and larpeira, a yeasted sweet bread fried in lard. Both were served with accompaniments from the furancho: café de pota, a special coffee service for groups made from coffee grounds steeped in boiling water, then ladled through a sieve. Understand that, in a country where espresso is the norm when ordering a café, this preparation is not a shortcut for groups, but rather something signifying a special occasion.

Out with the coffee came the the different kinds of aguardiente, a brandy distilled from the remaining stems, seeds, and skins after the grapes are pressed to make wine. Back home, we had been introduced by friends to Colombian aguardiente, an anise-flavored liqueur made from sugarcane, but this is something completely different, being from grapes and quintessentially unflavored.

I was promptly directed by those around me to put some of the plain aguardiente in my coffee, and thus a dangerous tradition was born. We will be asking for our coffee as a carajillo this way from now on! 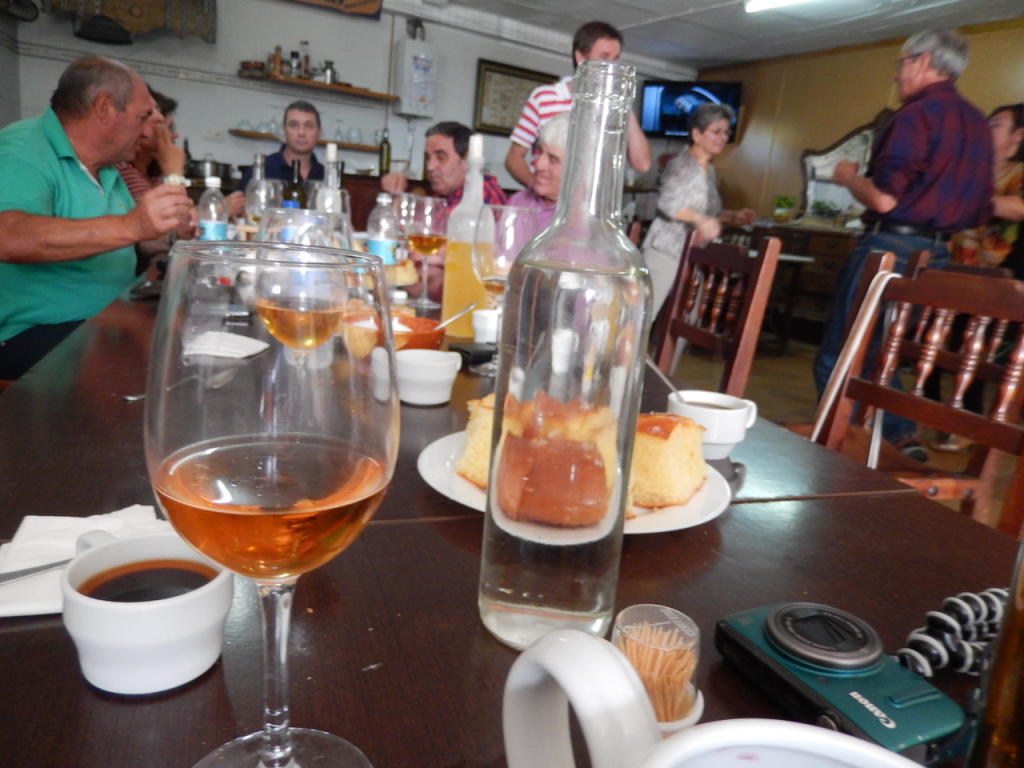 Flavored aguardiente as a dessert after our dessert: chupitos (shot glasses) for enjoying the coffee and herb liqueurs, the former being like Kahlúa and the latter being my favorite – made by soaking flavorful stuff like mint and chamomile in the aguardiente. You can see the frosty bottle of yellow liquid (the latter) in the background of the photo above.

Next? Singing, of course. The singing and good company is as much a part of the furancho experience as the food. Everyone contributed to this part of the meal: we had a singer/guitarist, Mr. M on accordion, Cito on flute, Mrs. M and I on the Irish spoons, others on scallop shells… the list goes on. The Gallegos say, “sin vergüenza” (without embarassment), but this is not necessary as all we encountered have great voices.

Though many of the songs were Spanish and Gallego classics, we did our best to follow along and have some new favorites. It helped that we knew a few from the night before, or perhaps from Ricky Martin or Los Lobos covers. 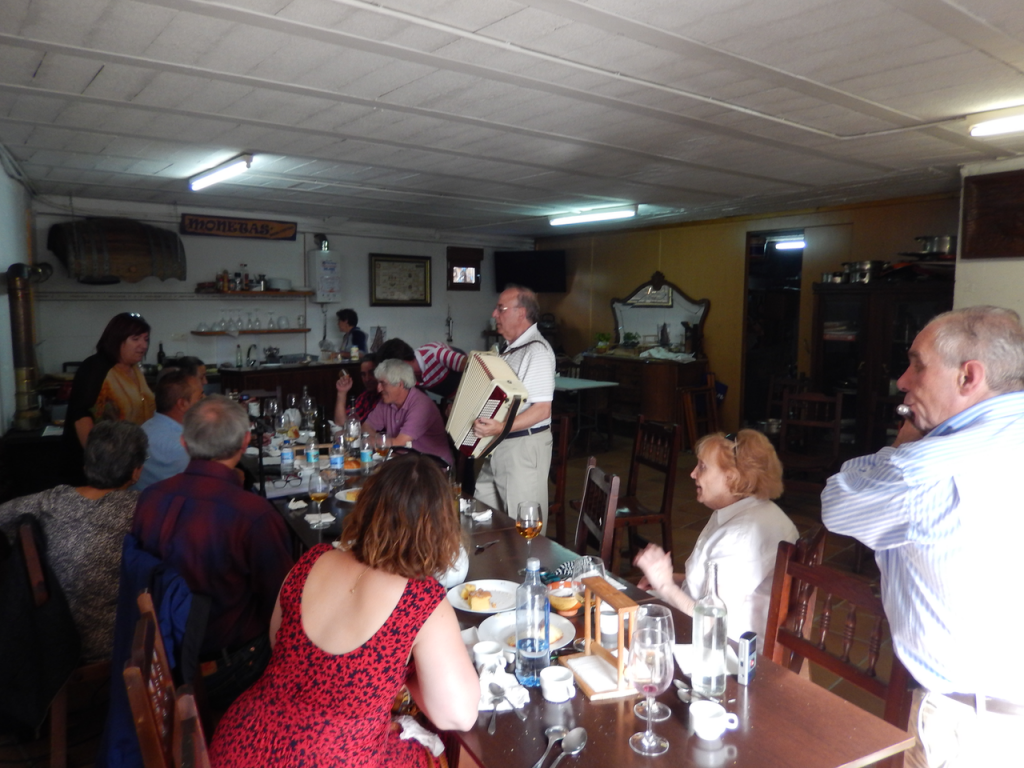 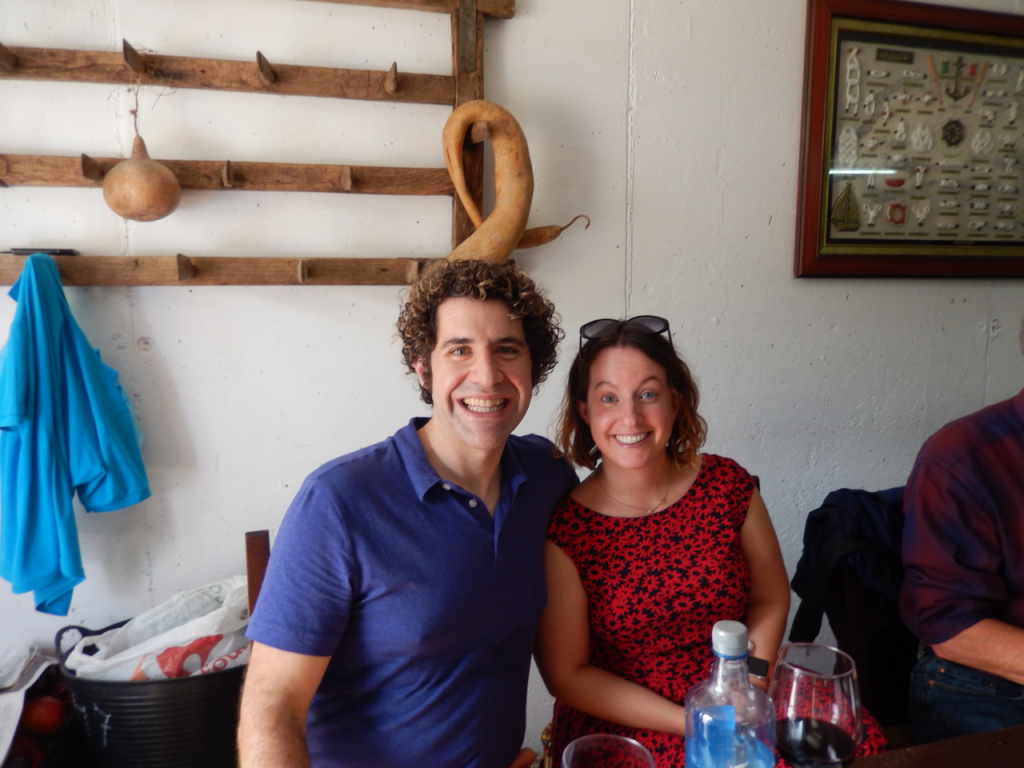 Keep in mind this was at least a four-hour experience. We left at 7pm (!) so we could get in a bit more tourism before the sun went down. Next stop: Nuestra Señora de la Lanzada, a historic site on the beach near Sanxenxo. 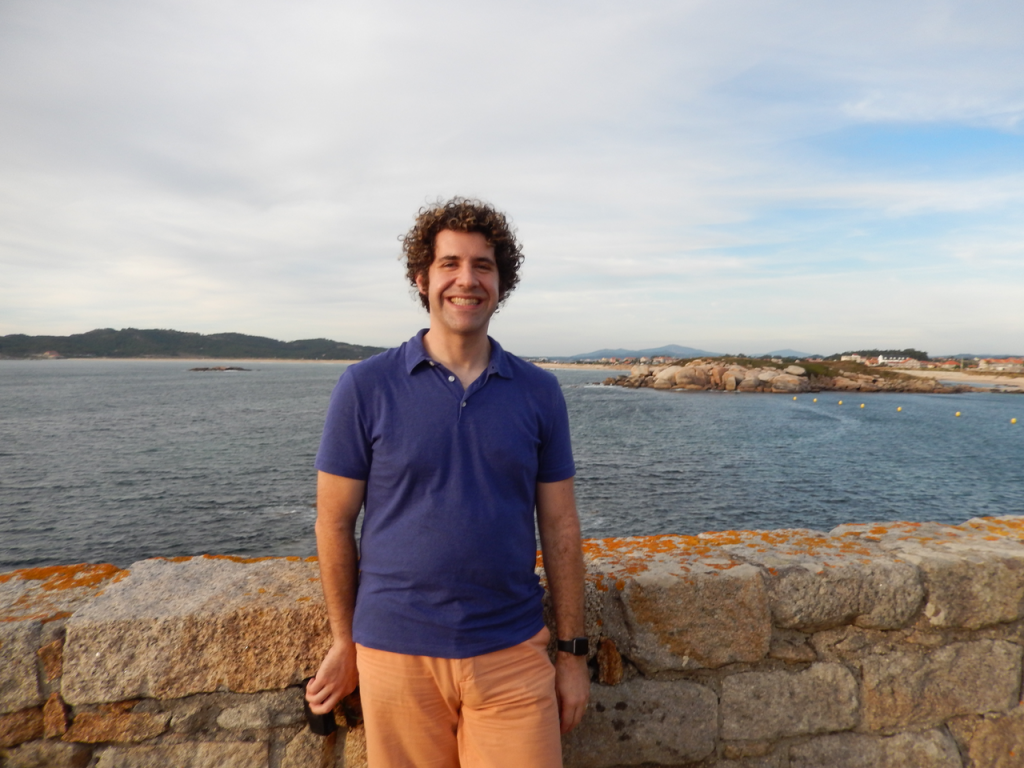 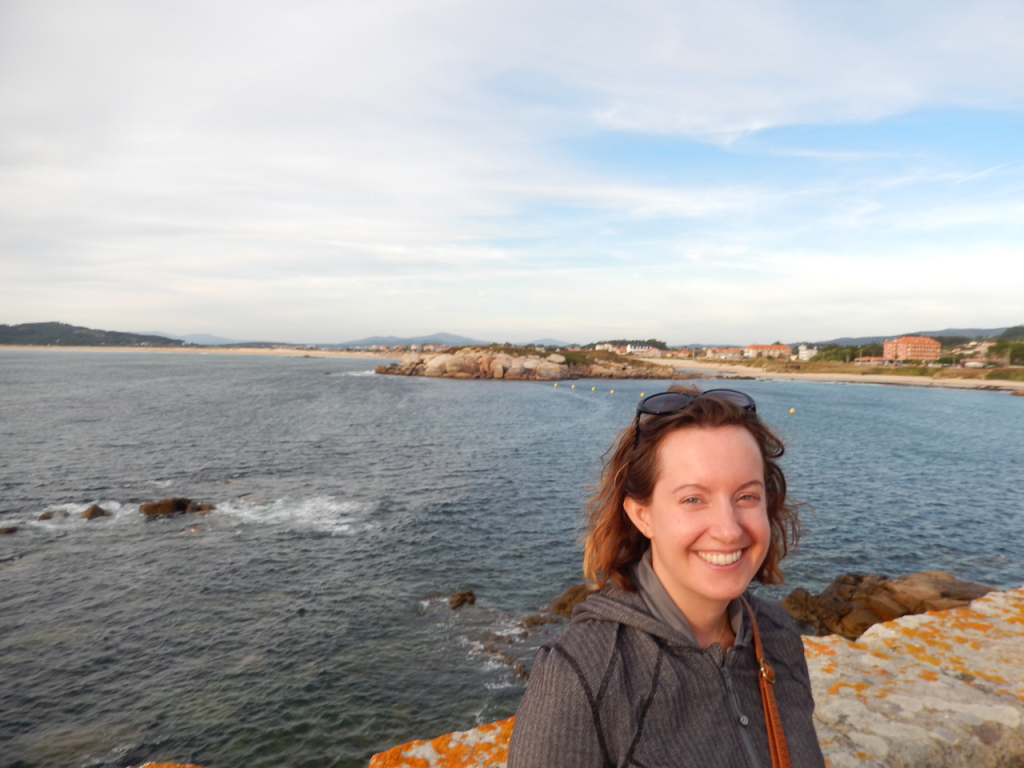 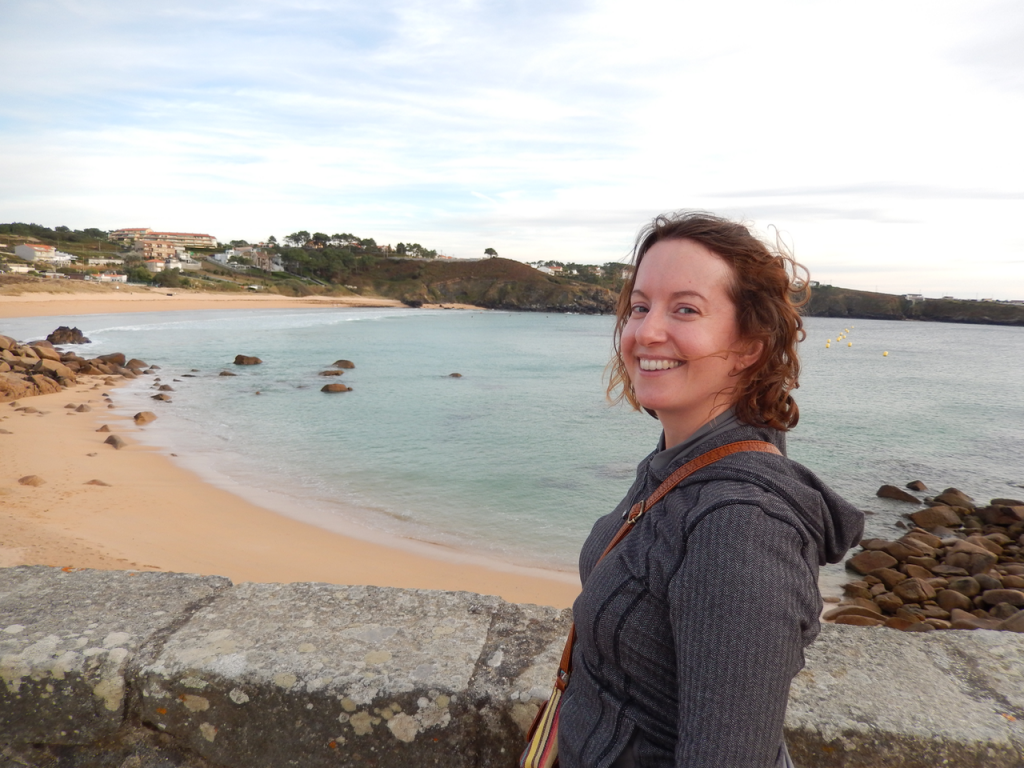 We continued along La Lanzada for several kilometers and found a place to enjoy a coffee at sunset. 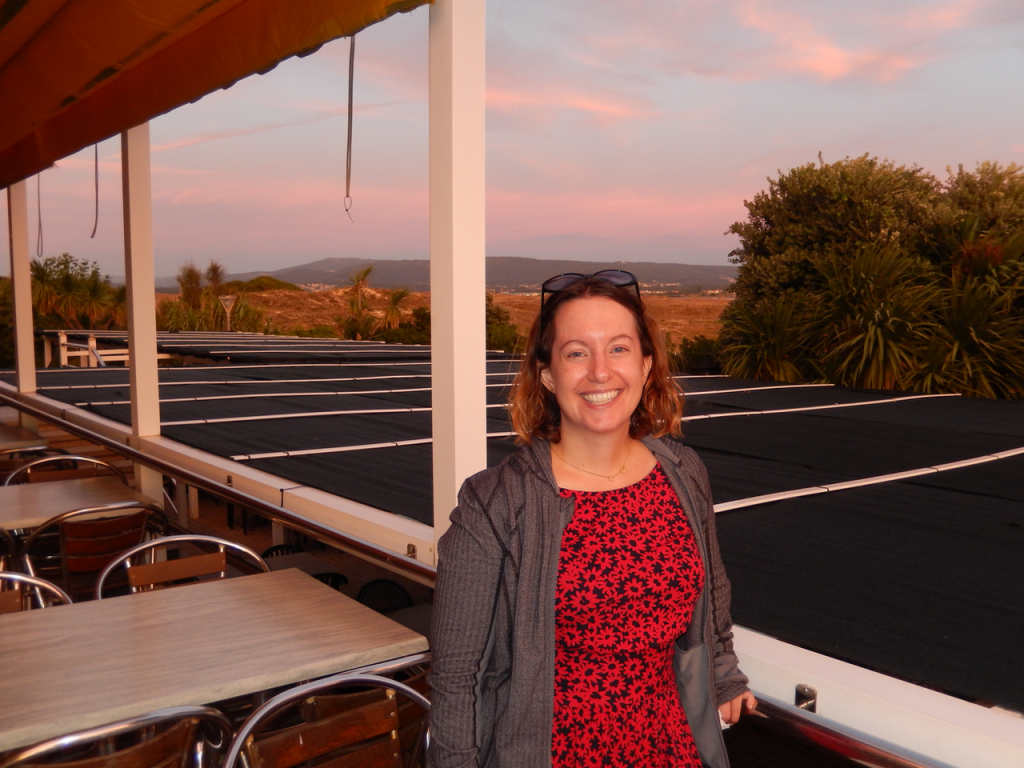 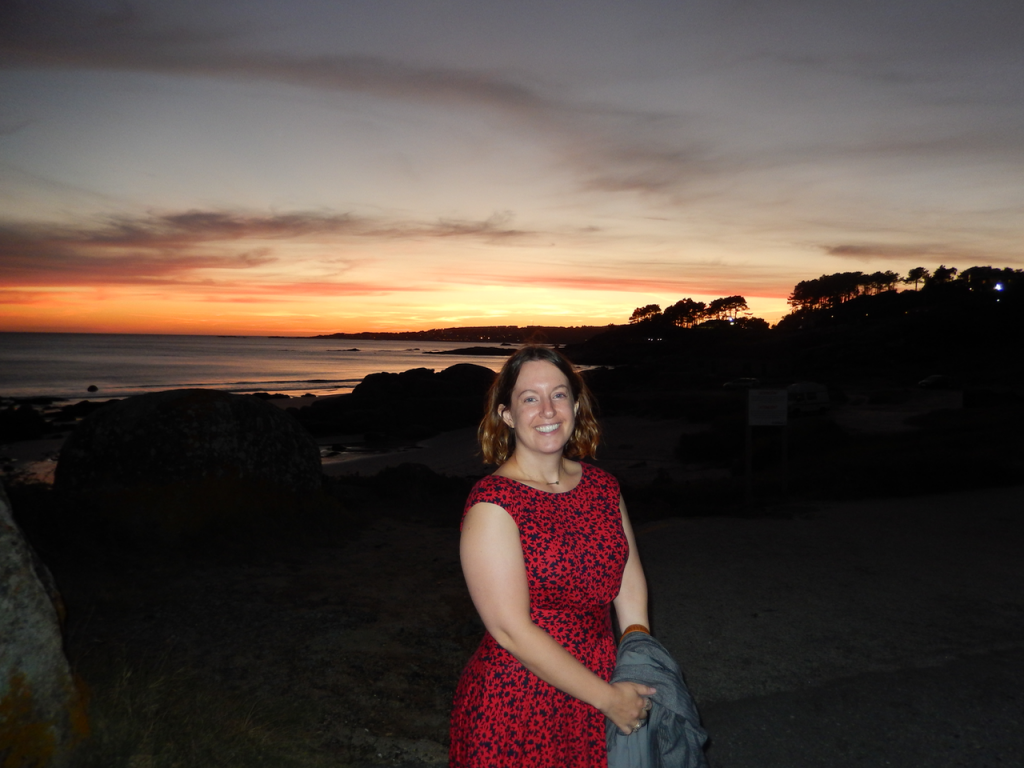 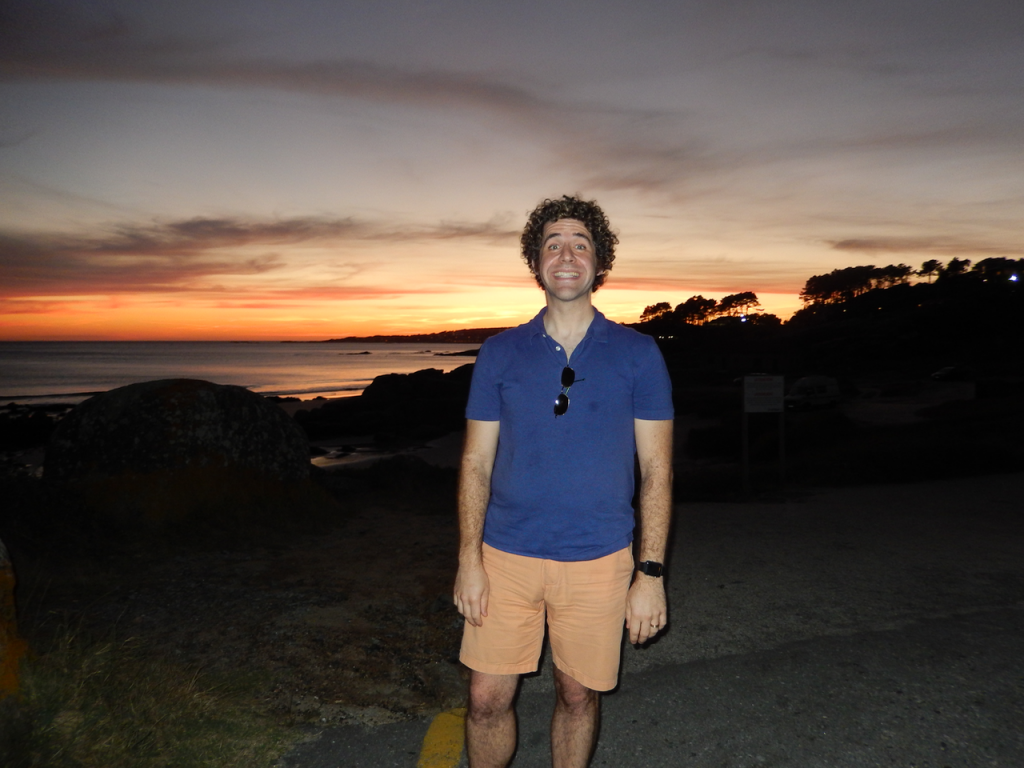 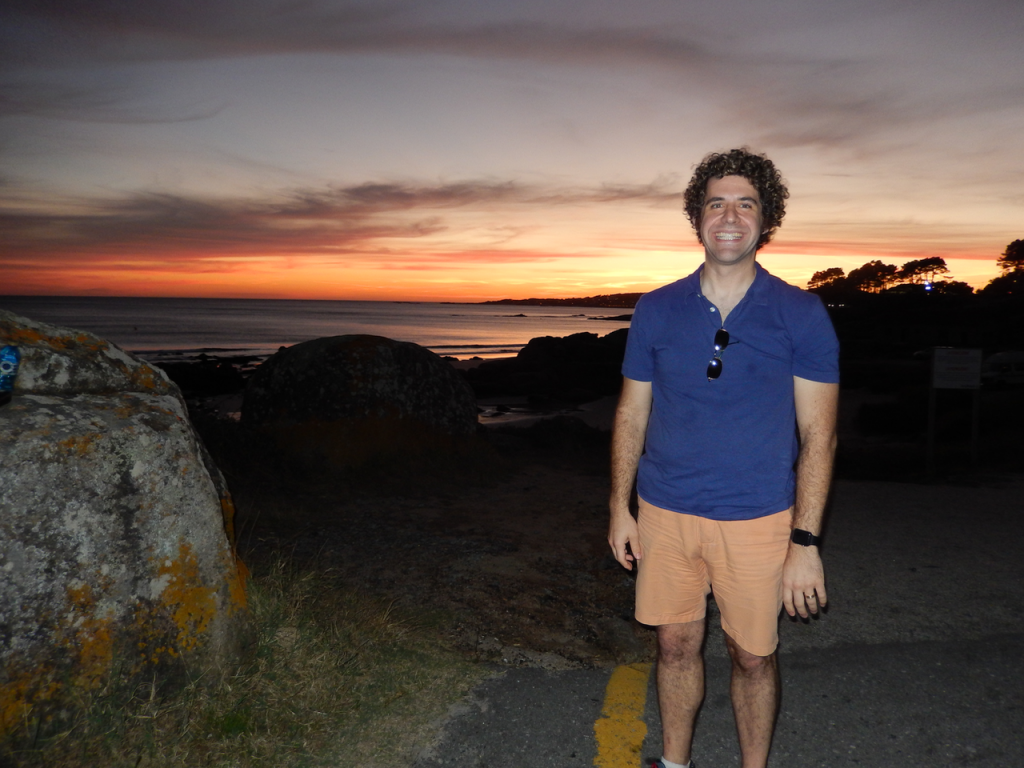 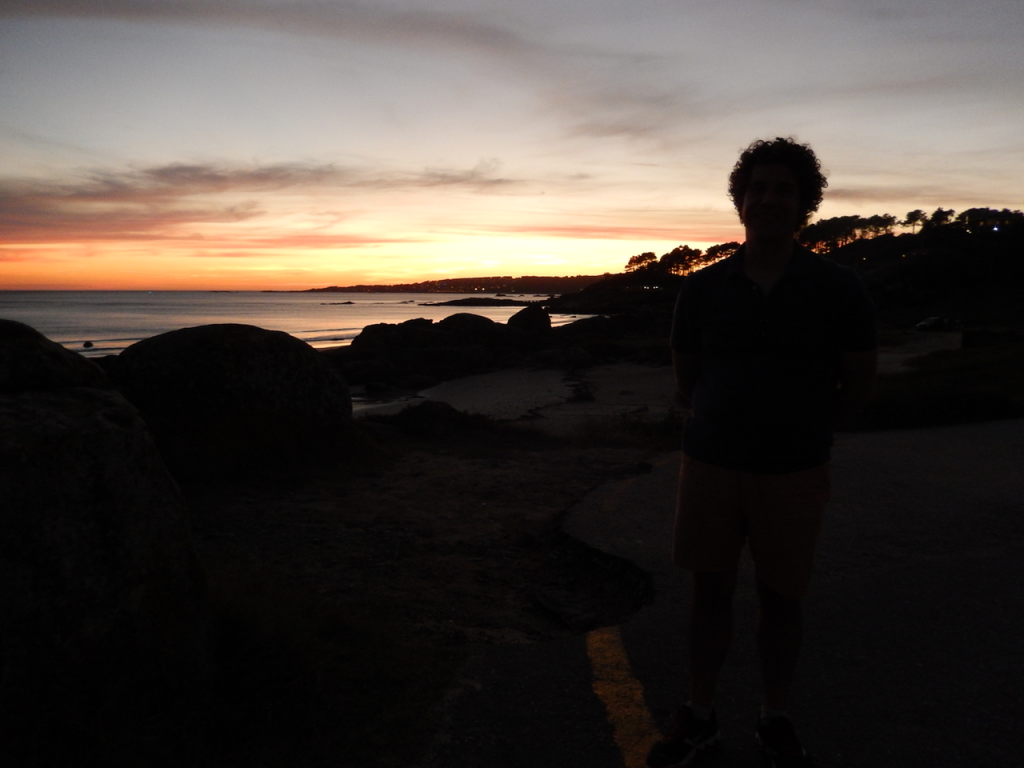 With the sun setting on Day 2, it was time to go home for a small dinner snack and get ready for Day 3…