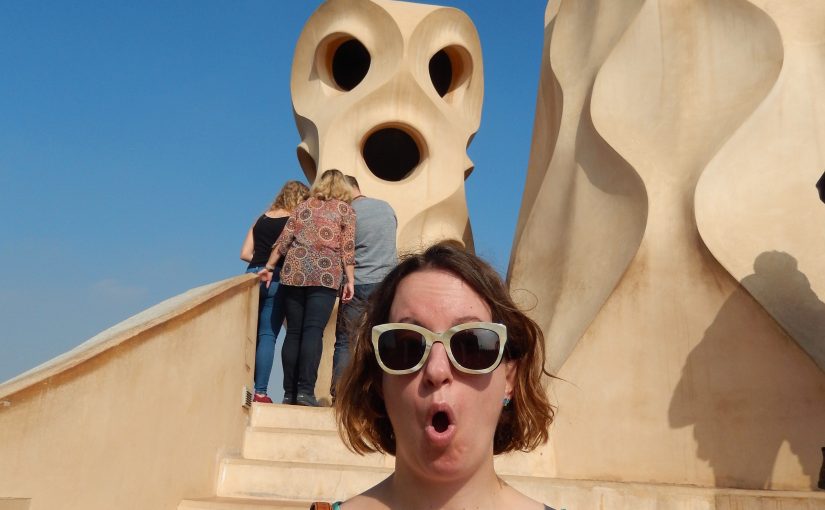 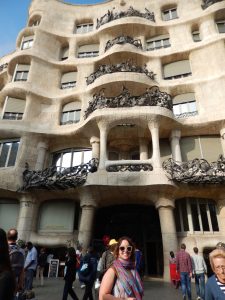 While Doer felt a slight preference for Palau Güell, I fell hard for Casa Milà, popularly known as la Pedrera (which translates to “stone quarry”). It’s famous for its undulating stone facade, and (of course) its iconic rooftop sculptures. This was designed to be an apartment building, and people still live in some of the units today.

Once again, the roof was the crown jewel of the structure. Although they were the first part of the tour – you begin by taking an elevator to the rooftop, then you slowly make your way down – I’m going to post those photos last (skip to the end of the post if you like to eat your dessert first).

We spent quite a lot of time on the roof, and when you see the pictures at the end of the post, you’ll know why (although the photos cannot possibly do it justice). The first stop after the roof is the attic area, where the original residents would hang their laundry. This part of the tour also included informational videos and architectural models.

After the attic, the tour moved on to an apartment modeled after an apartment during Gaudí’s time. I also found this part very interesting, especially the art noveau posters. However, either we did not take many pictures, or some were lost in the cloud. The only images I could find were a creepy old doll, a slightly racist art noveau poster (which I will not share), and a fabulous coat stand (which I did share). 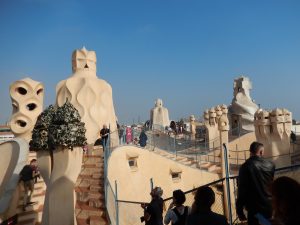 Now, time for my favorite part of la Pedrera – the roof. The sculptures up there all have a specific architectural function – chimney, skylight, staircase exit, fan – yet they somehow manage to be stunning works of art while they maintain their functionality. My favorite are the chimneys known as espanta bruixes (witch scarers). 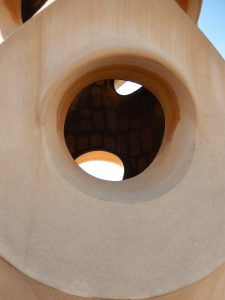 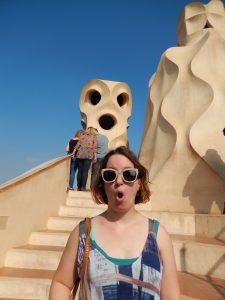 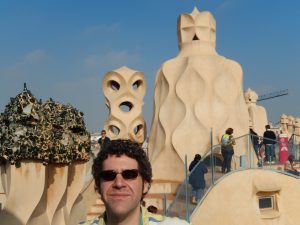 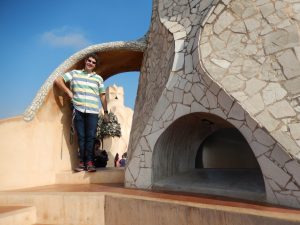 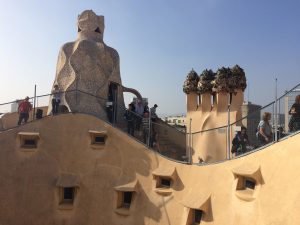 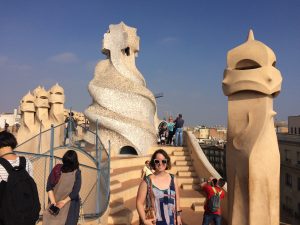 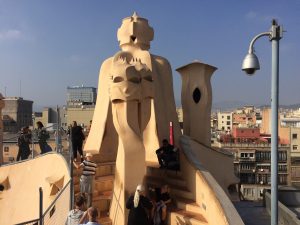 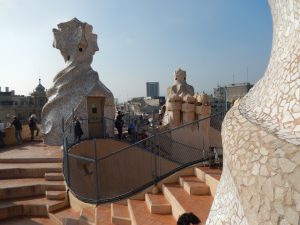 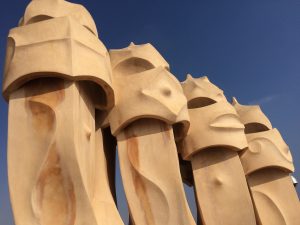