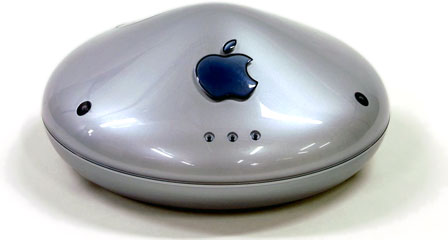 I’m guessing I’ve spent about 10 hours over the past day and a half getting our cell phones to work here without spending an arm and a leg. I’m sure it is just the first task of many that seemed easy in theory, but actually will turn out to be quite complex. 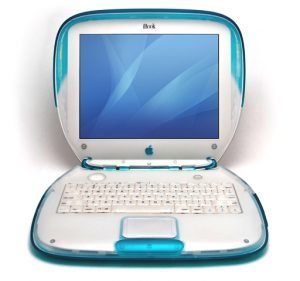 To put things in perspective, I remember the last time I was here in 2000, I brought my first iBook (Blueberry, but I always kinda wished I’d gotten Tangerine). It was one of the first computers with WiFi and I had to explain what wireless Internet was to my host family. Of course, there was nowhere to get Internet access on my own computer and I don’t even think I tried bringing a cell phone.

We’ve come a long way since then, right? Well, I would say most definitely – don’t think I am complaining or looking a gift horse in the mouth with my comments below – but all of the parties involved can continue going a lot farther to make things as seamless as possible. Still, I won’t deny that 16 years of technology progress isn’t impressive.

We both brought our unlocked and off-contract iPhone 5ses to Spain with us and I was expecting to get a local SIM card, transfer our US numbers to Google Voice, and continue using those numbers within Apple iMessage. TL;DR: kind of, maybe, nope.

After shopping around for the best deal on a cell plan, we finally went into a store, took a number, and got to talk with someone after about a 30 minute wait. She was very friendly, but unfortunately all the “contract” plans here (which are still really month-to-month because they buy phones up front) require linkage to a local bank account, which we can’t get until we register at the local police station where we will be living. Lots of steps there. So we had to settle for prepaid cards, which one has to remember to renew every month, plus stuff like texting is not included. At least we get to keep our new numbers when we switch to contract plans (or likely a bundle with our home Internet service). After all the hassle with everything else below, that’s good news.

OK, so pop the old SIM card out of each phone and put the new one in… no problems, right? Cell and data service: check. Receiving texts (SMS): check. Getting there.

But iMessage would not activate and still displayed our old numbers. Honestly, this one took me about four hours to finally figure out. Yep, you Apple haters can make fun of me here and it may be well-deserved. Even when we finally went into the cell carrier store again today, they blamed it on Apple, but I thought I had finally figured it out after trying many different things I found on The Google (including powering each phone on and off about 1000 times [shout out to Croz if he’s reading this!]).

Turns out I was right, and as Doer I’m satisfied as usual that I figured this out on my own: iMessage both sends an SMS to your number and an SMS back to some special iMessage number. Remember I said receiving SMS messages was working and free of charge – we asked the rep at the store about this. But it was the sending part that neither of our prepaid SIM cards had any credit to do, and since this all happens in the background, that’s why it was failing. NOT APPLE’S FAULT. I repeat: HATERS, YOU CAN STOP HATING.

Of course trying to add this credit on the carrier’s website failed – that would be too easy, right? Nothing a little cash at the automated vending machine in the store didn’t fix. 73 euro cents per phone well spent for an international text to Apple. But, alas, you can only have one telephone number registered to your iMessage Apple ID (but multiple email addresses, natch). So those of you iMessaging us, please make sure you are using either our new numbers OR personal email addresses and then things should continue to be just fine.

The popularity of prepaid SIMs here and the charge per SMS in these arrangements is probably why everyone in Europe has switched to WhatsApp. Why the cell carriers didn’t switch to more reasonable texting rates at some point to prevent this is beyond me – you know that tiny bit of data is costing them nothing. But too late now, so of course we switched that over to our new local numbers as well. And to WhatsApp’s credit, that was a much easier process. Still would be nice to use more than one phone number, though.

On to our existing USA numbers. Seems I failed to check whether Google Voice works in other countries. Big oops. It took me a while going to voice.google.com over here before I realized why the option to port in a number (or, really, to do anything with a phone number) was not coming up in an account previously unused with Google Voice. I remoted into a computer in the US and completed the number porting, but this is really just a means to keep our numbers active until we come back to the states. If you do not have an iPhone and you text or call us at our old numbers, it will still take a message and we will get it, but you likely will not get an immediate response.

The only problem with porting our numbers to Google Voice? Our US cell carrier had apparently disabled international roaming on our phones. I was getting “No Service” whenever I popped in the old SIM cards. I had to wait until the call center opened in the US when I was doing this to get them to turn it back on so I could get the verification call from Google. Always a few steps, right?

For outgoing calls to the US, I found an app very similar to Google Voice that basically dials a local number and then routes your call over VoIP or whatever. Unlimited calls to the US are 2 euros a month, which is a bargain, but of course it eats voice minutes on the prepaid SIM cards. That will be remedied when we switch to contract plans, though.

Finally… Apple Pay! I am still very much a fan and even more so after today. Adding cards to Apple Pay can take some work, unfortunately. Not an issue with location/country, but with each bank as they adopt this technology. I struggled through this with one particular credit card company that required a download of its app for verification, even though nothing happened after I did that. Finally, after about 30 minutes on the phone with the rep in the US (at very low cost thanks to the VoIP app above), we had the cards we are using here added to our Apple Watches.

Seemingly not a big deal, you’d think, or just an excuse to use or show off technology, right? Typical Apple users wanting to be fancy and flaunt it.

But here’s the thing: literally everywhere here dips credit cards on what we’d call a stand aside or stand alone terminal (wireless Verifone, Ingenico, etc.). I noticed they all accept contactless payments. When you dip a US chip card here, you first have to make sure the operator knows your card is Chip and Signature and not Chip and PIN like the rest of the world, then of course you have to sign either the screen or the slip that prints out.

Using Apple Pay (or “contactless” with a Spanish accent as it is said here) eliminates these two steps. The only problem is getting the idea across that you want to pay this way, especially since Apple stuff is not as pervasive here and I have yet to see another Apple watch. In either case (chip or contactless), you are still asked if you want to pay in EUR or USD. The latter has a hefty fee applied – I’m not sure who is choosing this option unless it is less than their card’s foreign transaction fee… but who can’t get a card without that if they research ahead of time?